A history of Atlantis in popular culture

The mystery of the lost city of Atlantis dates back to well before our time, but the fascination with learning about its secrets extends through history all the way to the present day. We may never find the underwater utopia ourselves, but that’s why we keep looking.

Atlantis has shown up more than you may have noticed in popular culture, and we’re here to showcase some of its most memorable appearances. With DC’s Aquaman now available on DIRECTV CINEMA®, it’s a perfect way to prime yourself for some Atlantean action.

Perhaps one of the most famous renditions of Atlantis is in Disney’s 2001 animated feature of the same name. In the film, amateur explorer Milo Thatch (Michael J. Fox) journeys to Atlantis with a group of courageous and zany cohorts to unravel the ancient mystery of the lost empire. Though the movie takes some liberties with the actual Atlantean mythos, it’s a wonderfully adventurous good time and a favorite among Disney aficionados. 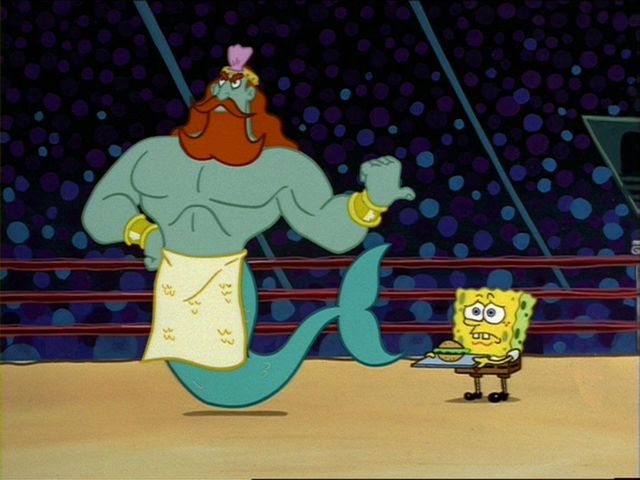 One of the most well-known episodes of the beloved cartoon series SpongeBob SquarePants is “Neptune’s Spatula” from the show’s first season. In it, SpongeBob is challenged to a cooking competition with King Neptune after removing his golden spatula from the Fry Cook Museum. Modeled after the Greek god Poseidon (and ruler of Atlantis in some variations of the lore), King Neptune’s competition even takes place within an arena that is aptly titled “the Poseidome”.

Classic PlayStation epic, God of War 3, is definitely a more mature interpretation of the god of the sea. Poseidon is portrayed as a malevolent god that will stop at nothing to thwart the game’s protagonist, Kratos, from reaching the top of Mount Olympus to confront the rest of the Greek gods for their crimes against him. It’s a hectic, action-packed, exciting romp through the annals of Greek mythology. 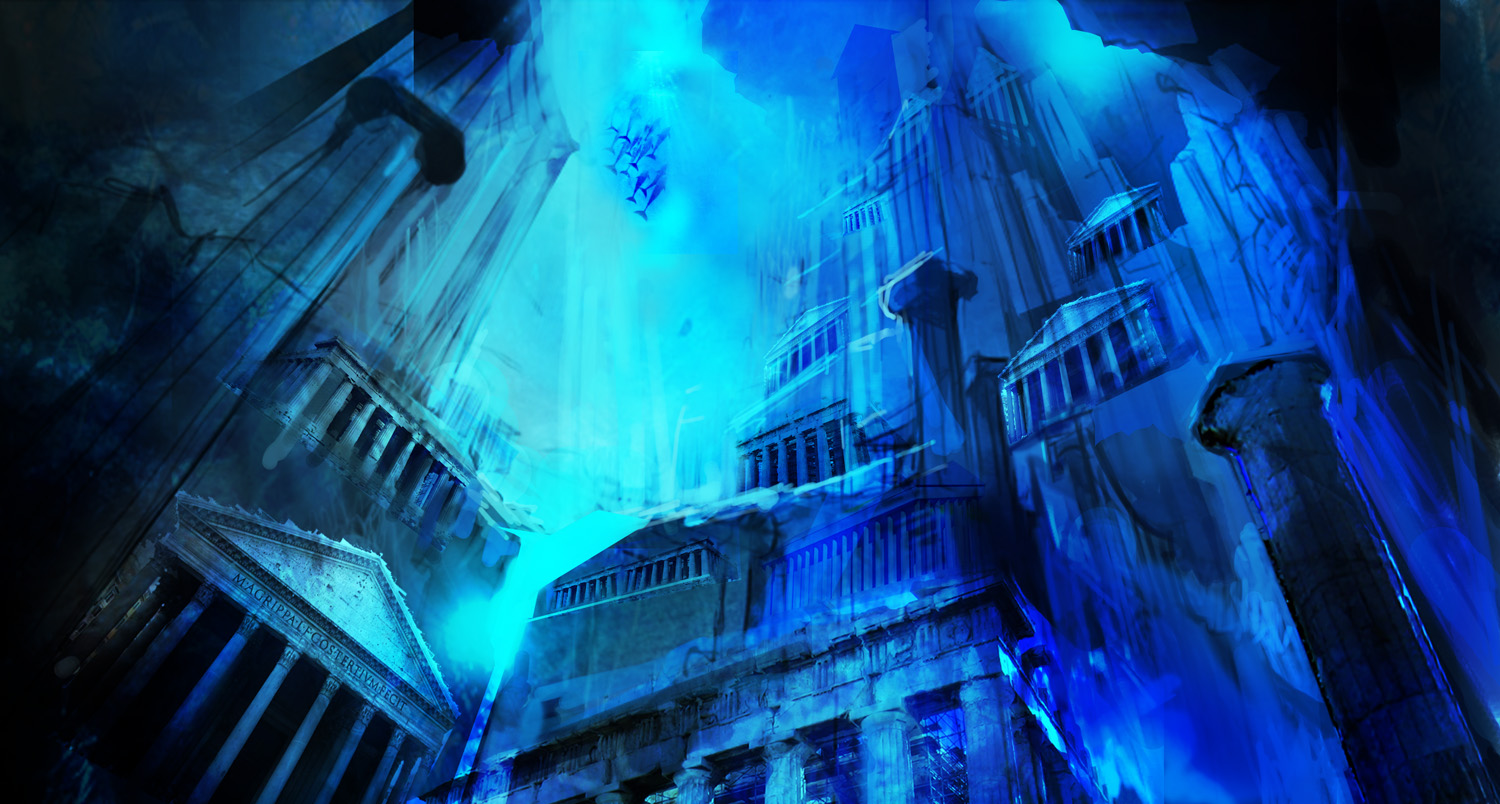 One of the most famous Disney films ever made, The Little Mermaid, is said to have modeled its underwater kingdom completely after Atlantis. The film’s titular character, Ariel, resides in the city of Atlantica (name sound familiar?) and is the daughter of Triton, king of the sea (a.k.a. Poseidon). In a comic series based on the film, a history lesson on Atlantis can even be seen taking place between Ariel and a wizard fish. 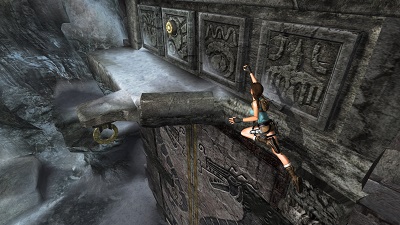 Atlantis is an actual location that is visited in the original Tomb Raider video game by famous fictional adventurer Lara Croft. In the game, the underwater utopia isn’t underwater at all, and instead located deep within an island that Lara comes across on her journey. As she ventures further, she finds that many secrets await her … 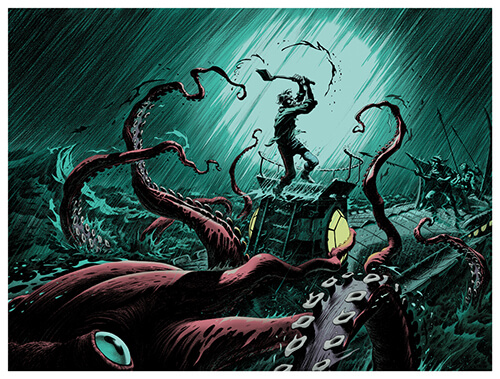 Jules Verne’s renowned novel, 20,000 Leagues Under the Sea, follows Professor Pierre Aronnax and Captain Nemo of the Nautilus as they hunt down a sea monster that has been spotted by ships of several nations. During their expedition, the submarine makes a visit to the lost city of Atlantis. Quite the pit stop indeed!

Journey to the Center of the Earth 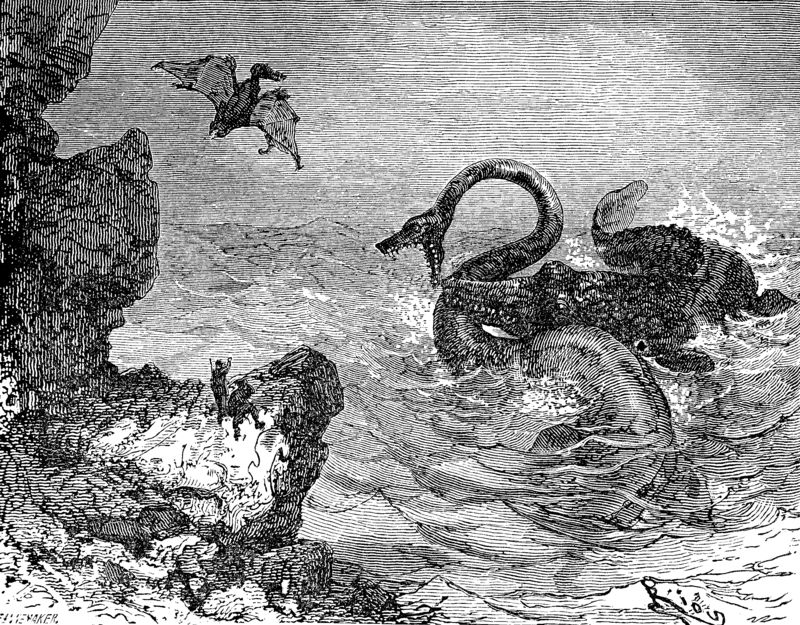 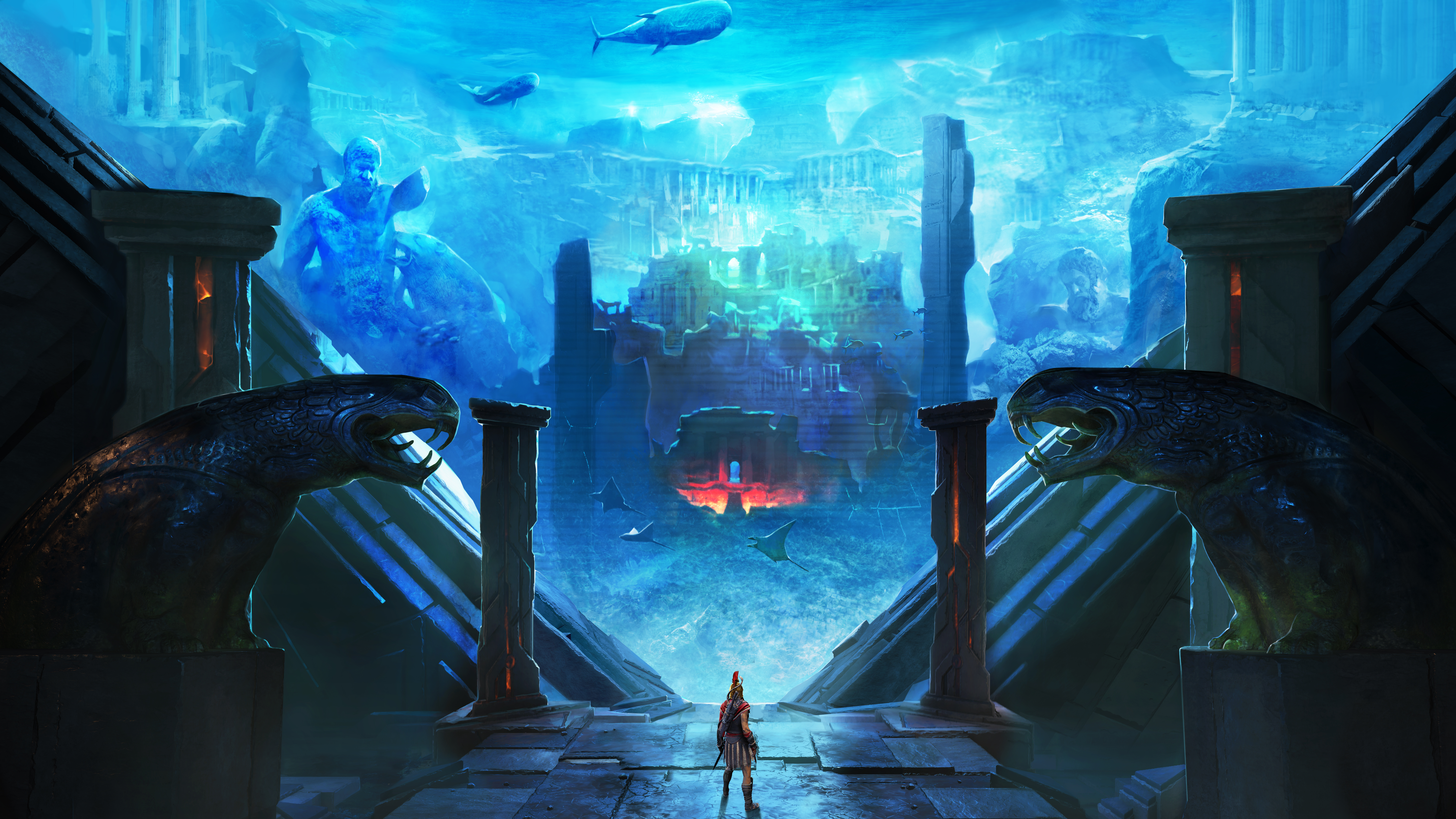 One of 2018’s most successful games saw Atlantis as an optional stop on the player’s map. In Assassin’s Creed: Odyssey, the game’s protagonist can journey to the ancient colony in an effort to learn more about the Greek philosopher, Pythagoras. The stunning architecture and graphics are enough to get anyone ready to learn more about Atlantis and its rich history. 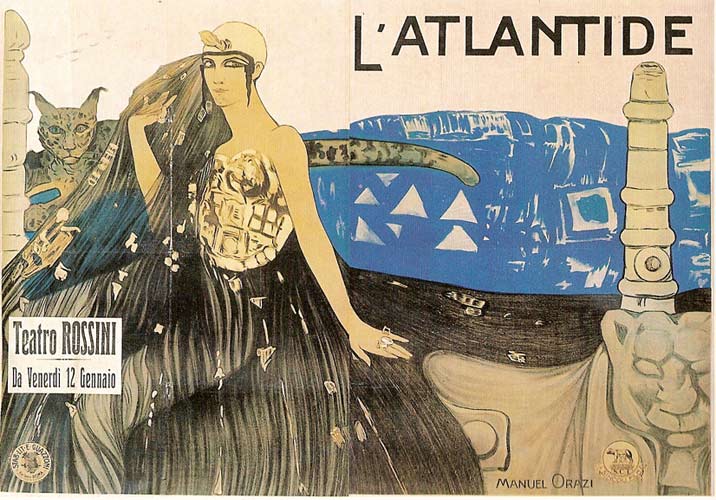 Writer Pierre Benoit’s L’Atlantide is a fantasy novel that follows the story of two French officers that accidentally come across Atlantis while investigating the disappearance of their fellow colleagues in the midst of the Sahara. Upon arrival, both Officers fall in love with the city’s queen, Antinea, who isn’t who she seems. L’Atlantide is a classic story of mystery and deceit within one of mythology’s greatest secret cities. 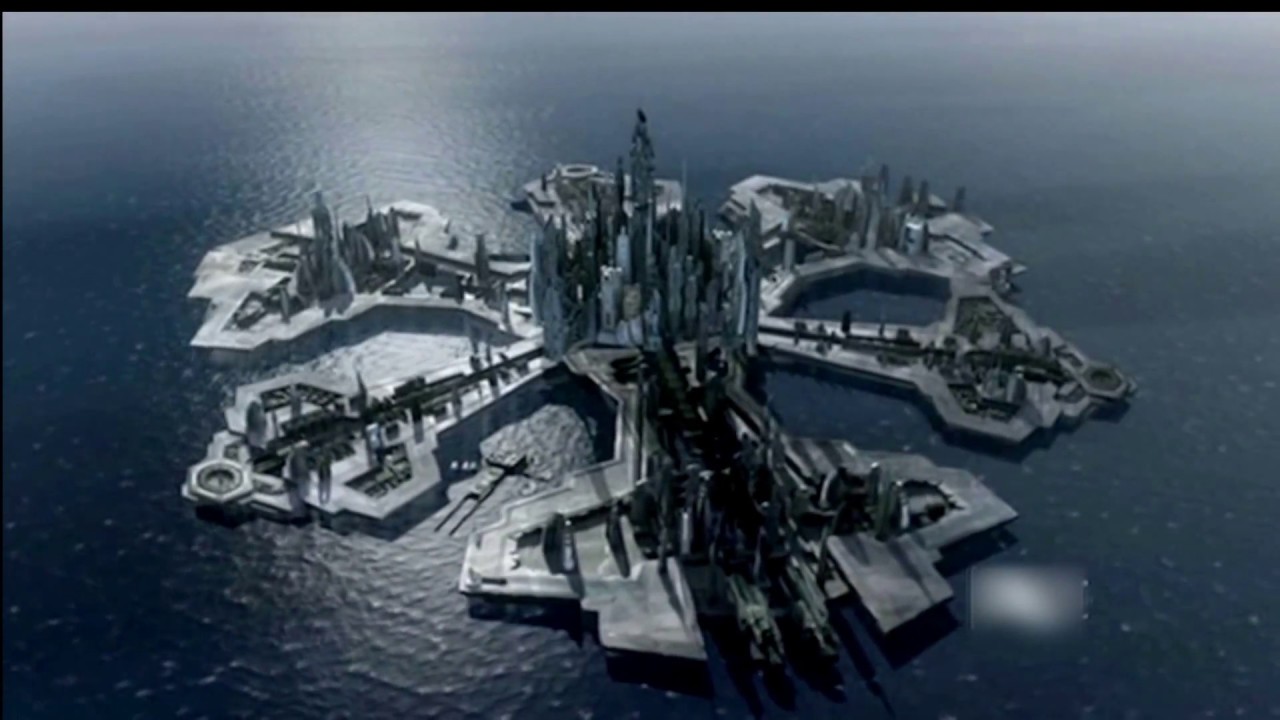 Perhaps one of the most unique takes on the underwater society is featured in Syfy’s series Stargate Atlantis. In the show, Atlantis is actually a city-ship that was created by a humanoid race called “the Ancients”, who were much more technologically advanced than the human race we know. Located within the Pegasus Galaxy, Atlantis was given its final resting place underneath a great ocean in an effort to maintain its safety. 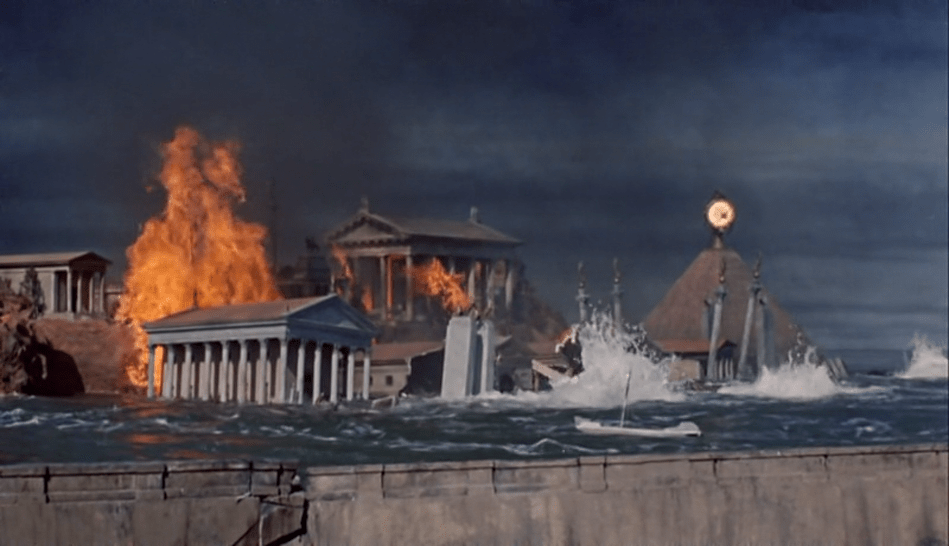 Finally, MGM’s 1961 science fiction epic, Atlantis, The Lost Continent, is one of pop culture’s most beloved iterations of the mythological location. The film’s story follows the events leading to the total annihilation of the continent of Atlantis during the era of Ancient Greece. Volcanoes and lighting and ogres, oh my!