Come at Me Dragon Queen

Tyrion (Peter Dinklage) and Daenerys (Emilia Clarke) are just one of the matchups that fans have been clamoring for since we met the characters. Favorites in their own right, they are known for their wit and badassery in equal parts. The first scene of them speaking was bound to be a doozy. Adding to that the complicated emotions that brings out in everyone (himself included) and you have a tense interaction that will eventually become the amazing duo of Daenerys and Tyrion. Here for it. 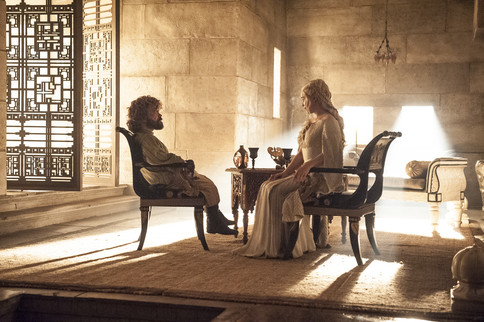 The two of them discuss the reputation that House Targaryen has: they are the lineage of great leaders and warriors but also of mad ones. As Cersei (Lena Headey) mentions back in season 2, there is even a saying that “Every time a Targaryen is born, the Gods flip a coin.” Going back to our theme of good and evil not being clear cut, there is the sense that rather than each Targaryen falling in one camp or the other, all of them have the capacity for greatness or madness. Tyrion wants to help Dany suppress the madder sides of herself and lean into her best intentions and he mostly succeeds. It leads to some spats between them in the latest season. It also has very interesting implications for Jon actually-a-Targaryen-himself Snow. If the Gods flipping a coin theory is true, does madness lie in the future for either or both of them?

Come at Me Septa

Cersei getting her comeuppance is big in this part of the season. Officially a prisoner of the Faith Militant, she is reduced to the lowest we’ve ever seen her. The lighting and camera work is wonderful as Septa Unella offers a parched Cersei water if she repents. The halo around the Septa should feel holy and harkens back to Renaissance imagery, but instead the extreme low angle makes it intimidating and unnatural. While Cersei ultimately does get her revenge (with a bang!), these scenes should the brutality that pushed her to it and watching her lap water off the floor actually made me feel for her. It was also immensely satisfying. 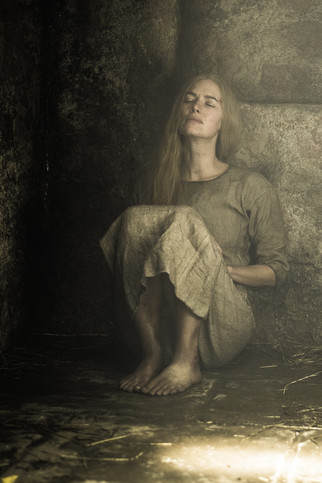 Come at Me Revelation

There are two big revelation moments in this episode. The first comes in what might be the bleakest plot line of this season: Sansa’s horrific marriage to sadist Ramsey Bolton. Though grossly upsetting, it is an amazing showcase for Alfie Allen’s genius depiction of Theon/Reek’s tortured soul. In a moment of clarity that we haven’t seen from him in seasons, Theon manages to let Sansa (Sophie Turner) know that Bran (Isaac Hempstead-Wright) and Rickon are, in fact still alive. I mentioned in Westeros Revisited: Winter Is Coming that Jon Arryn is the most important character who is dead by the time we meet him, but the two farm boys that Theon torched and passed off as Bran and Rickon are certainly up there as well. 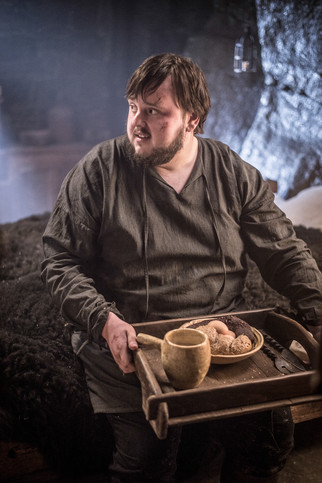 The second comes up at the Wall, and boy do we wish it hadn’t. Sam shares what could be a sweet scene with Olly if it were not for the knowledge of how the season ends. His words about having to make hard choices are taken in the completely wrong way, as the wheels in Olly’s head turn towards his betrayal of Jon (Kit Harrington). Sam – you need to be specific! I will take a moment here to note this: Much as Olly gets a lot of hate for what he does, he has an understandable viewpoint here. A a child, we watched his peaceful village get slaughtered by not just wildlings, but Tormund’s group specifically. Then he defended the Wall from the same group of wildlings. Then he watches his Lord Commander ally with the very same group. Look, it sucks but I kind of get where he’s coming from is all.

Come at Me Snow

It’s at this point in the series that the theme of uniting against a common enemy really revs up and here we see the first iteration of ‘Jon Snow tries to get everyone breathing to put aside their differences and fight the Walkers.’  We meet Karsi, a wilding mother who will have a tragic arc in this episode, as she quickly rebukes and dismisses a fellow wildling who complains that his ancestors would not approve of allying with the Crows. For a show that has been so steeped in Familial history and lore, it’s a jarring but welcome break from tradition. 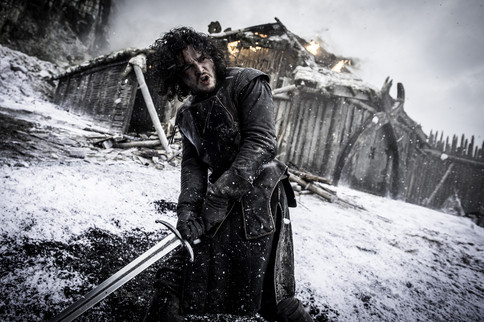 As the wildlings prepare to sail for the Wall, they are ambushed by the White Walkers and have to scramble to get any survivors out of Hardhome. The beginning of the battle is shot like a horror movie with particularly effective work at the town gate as the army fo the dead approaches. At first, wildlings trapped outside push frantically on the gate to get to safety but the motion stops abruptly and, in a particularly eerie touch, their feet disappear from under the gate. The uncomfortable silence that follows is a tense moment of wait for the other shoe to drop. Once the dead break through, the editing changes to very quick cuts that lend an air of chaos to the battlefield. It’s interesting to compare this technique to the famous long take of Jon Snow fighting in the Battle of the Bastards in season 6. They are literally opposite approaches but achieve similar results: placing the audience in the shoes of someone living through the hell of battle. 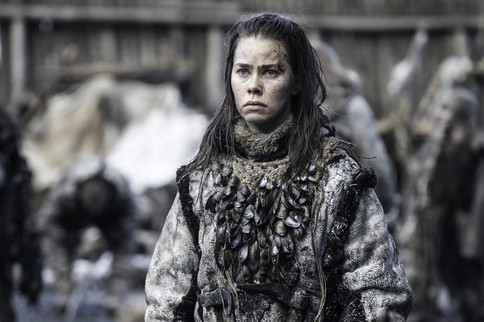 We see the threat in a visceral way through Karsi’s story. Her battle experience follows the classic Rule of Three by telling the story in three steps: set-up, reminder, pay-off. We see Karsi put her daughters on the boat while she stays behind to help the elderly (set-up). As the battle begins, she tells Jon her daughters are on the boat and he should go now so they are guaranteed safety (reminder). While fiercely cutting down White Walkers, she sees the children who have been turned and cannot bring herself to fight them, leading to her demise (pay-off). Finally, at the very end, we see her rise as a member as a White Walker herself. In the war that is coming with this new season, how many familiar fallen faces will we see? How hard will it be for Dany to fight the undead Viserion? In a small way, we get a teaser of the difficulty that comes from fighting enemies you used to know.

After the long and bloody battle, the Night King strides to the end of the pier, locks eyes with Jon Snow (escaping on a boat), and raises his arms in a classic “Come at me bro” stance. And the casualties on the field rise to joint he other side. I especially like how the music stops in this moment so we can all fulled appreciate how truly screwed everyone is. Oh dear.

Come at Me Miscellaneous Observations

Stay tuned as we return to season six with Westeros Revisited: The Door and rewatch the entire series with us on HBO