Yellowjackets Season 2: cast and everything we know so far

Yellowjackets season 2 will see the seven-time Emmy-nominated survival drama returning for even more thrills in the near future.

If you’re not aware of it, Yellowjackets is a Showtime/Paramount Plus series that debuted in late 2021 that focuses on an American high school girls’ soccer team. The team chartered a plane to compete in the nationals tournament, but their plane crashed in a remote area of the Canadian wilderness.

The show then follows the girls as they do whatever it takes to survive in 1996 (with deadly consequences for some of their own teammates). It also follows the five survivors in the present day, who are reunited after they begin being contacted with cryptic messages suggesting someone knows what really happened during their 19 months in the woods.

The show was renewed ahead of the shocking season finale; here’s everything you need to know about Yellowjackets season 2, including the latest casting news and when we might expect to see it hitting our screens.

*Warning: Below are some spoilers for Yellowjackets first season*

Whilst we hoped to see Yellowjackets return before the year was out, it’s now seeming like we won’t be seeing more from the show until early next year.

In an interview with The Wrap, showrunners and co-creators Ashley Lyle and Bart Nickerson revealed that production wouldn’t be getting underway till the end of August, with Lyle saying “we’re looking into the first quarter of 2023” and that she “believe[s] that we are going to finish shooting in about February and we’ll be airing sometime shortly after that.”

The majority of season 1’s surviving cast — including leads Christina Ricci, Melanie Lynskey, Juliette Lewis and Tawny Cypress as Misty, Shauna, Natalie and Taissa (respectively), and Samantha Hanratty, Sophie Nélisse, Sophie Thatcher and Jasmin Savoy Brown as their teen selves — will all be returning for the first season. We’d bet that Warren Kole will be returning as Shauna’s husband, Jeff, too.

We’ve also learned about some new additions to the cast for the second season.

Lauren Ambrose (Six Feet Under, Servant) is set to appear in the show as the adult version of Van, who we hadn’t seen in the show just yet. Liv Hewson, who plays Van’s teenage counterpart, has been bumped up to a series regular for the new season, too.

Most recently, we’ve learned that Simone Kessell (Obi-Wan Kenobi) has joined the show as the adult version of Lottie Matthews. Like Liv Hewson, Courtney Eaton (who plays the teen version of the character in 1996) has been promoted to a series regular, so expect both of them to be an even bigger part of the show going forward. 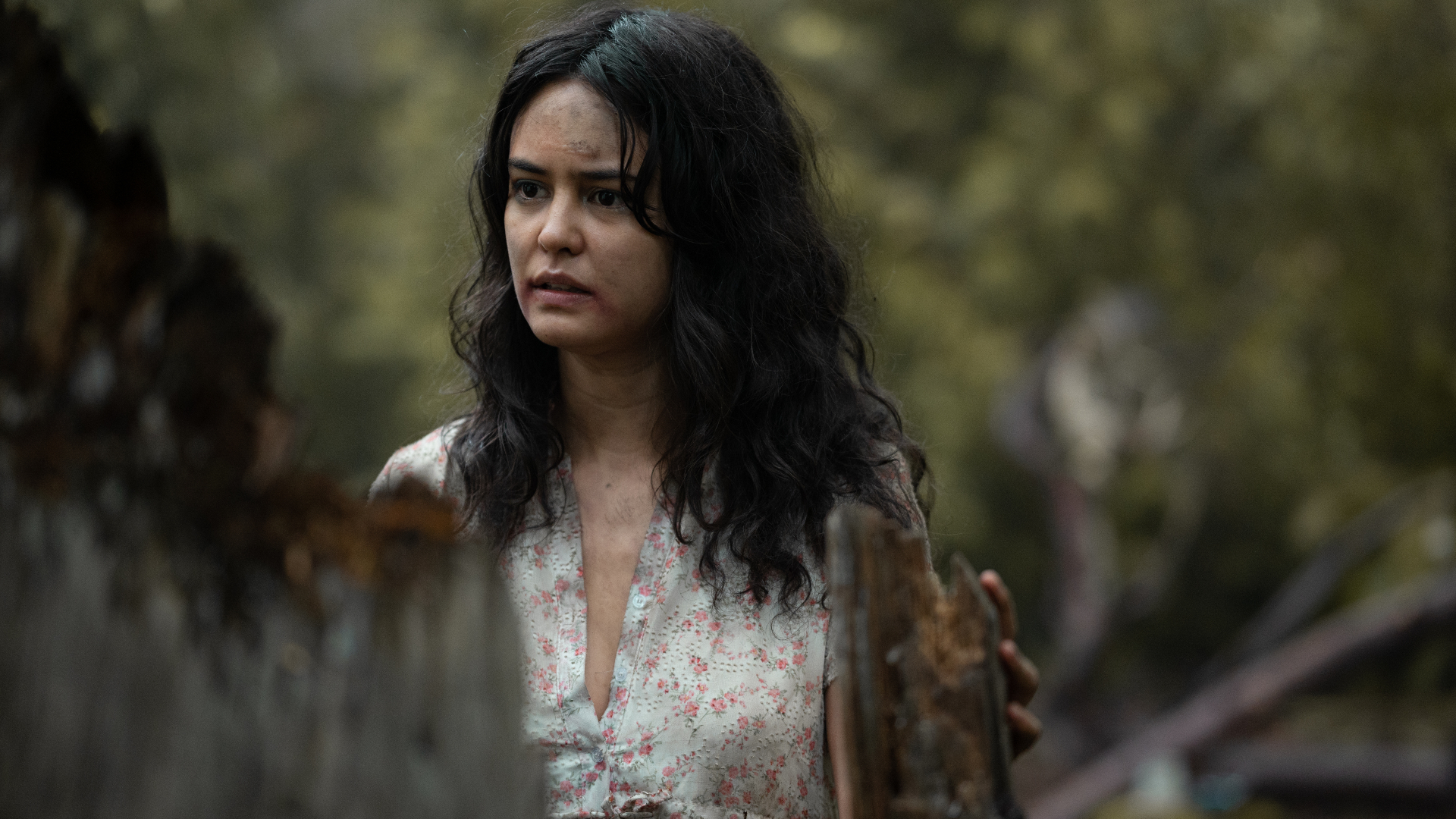 What will happen in Yellowjackets season 2?

Unsurprisingly, plot details for the new season are being kept tightly under wraps, though presumably, we can expect some of the mysteries revolving around the main survivors to unravel just that little bit more.

The big question for season 2 came in the form of the curveball question “who the **** is Lottie Matthews” from Nat’s ex-sponsor, Suzie. Up until that moment in the season finale, we weren’t sure Lottie had even made it back from the woods, as we were originally led to believe that Taissa, Travis, Nat, Shauna and Misty were the only survivors who made it back to civilization.

Obviously, that’s not true, as Lottie is very much alive and well and the leader of some sort of shady organization and/or cult in the present day. This is no surprise given she seemed to be in command of some of the darkest moments of season 1, and seemingly dispatched some of her gang to kidnap Nat in the present day.

Along with learning more about what Lottie’s been up to in the 25 years since the crash, hopefully, we’ll also learn more about Taissa’s darker habits, and potentially find out which girl met that gruesome end in the opening scene of the show.

Finally, those new casting announcements also mean that we’ll likely be learning more about the other adult survivors who weren’t in the first season, so expect to see more from Van.

Is there a trailer for Yellowjackets season 2?

Not yet, though given we’re still getting new casting info, we expect we won’t be seeing one for a while just yet.

This article was written by Martin Shore from What To Watch and was legally licensed through the Industry Dive Content Marketplace. Please direct all licensing questions to legal@industrydive.com.