The Redemption of Aquaman

Few superheroes can claim a 75-year history. It’s hard to stay relevant, fresh, and important for a single decade, let alone seven or eight of them. That’s what makes many of the Golden Age heroes from DC Comics so fascinating. With Superman, Wonder Woman and Batman getting the majority of the attention and glory, it’s easy to forget that Aquaman has been around for just as long. His most recent comic resurgence and starring role in, well, Aquaman, are well-deserved, as the King of the Sea has always been a great character. He’s just had to overcome a lot of obstacles to get where he is today.

Debuting in More Fun Comics #73 in 1941, Aquaman began his Super Hero career as a supporting character in an anthology book. In this Golden Age era, Aquaman spent most of his time battling Nazi submarine captains and “modern-day” pirates. He lacked much of a world or history like other DC characters of the time. Creators like Mort Weisinger and Otto Binder did help shape the kind of hero Aquaman would become over the next few decades, but it wasn’t until the Silver Age arrived that Arthur Curry truly came into his own. 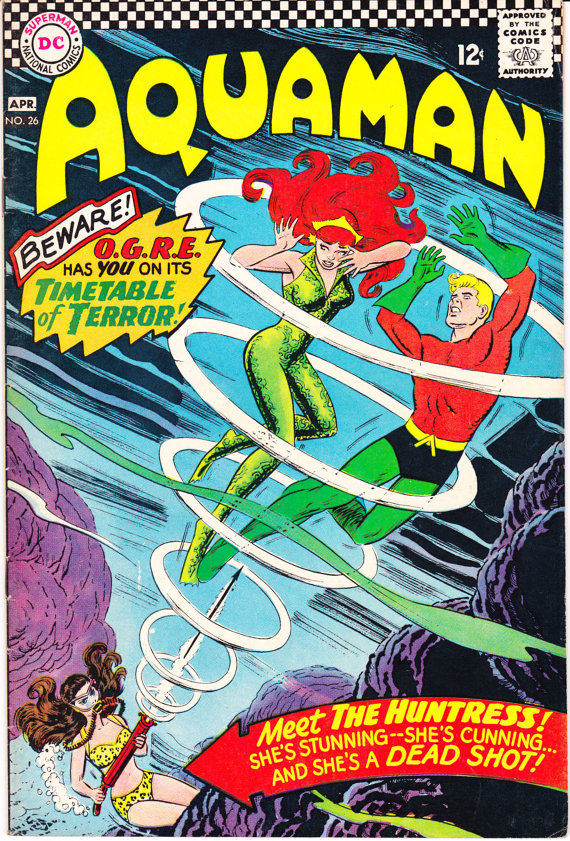 In 1962, Aquaman finally got his own comic, and with it came a much more expansive take on the character and his world. Originally, Aquaman was conceived as the son of a famous underwater explorer, but the Silver Age connected his origins to the fabled city of Atlantis. No longer just the defender of the seas he was just a few decades earlier, Aquaman was transformed into the King of the Sea. This version of Aquaman not only led to some of the most incredible and bizarre comic tales of the era (like the time his octopus sidekick Topo milked a cow so Aquaman could have a milk bath to restore his powers), but it was also when key creators like Ramona Fradon, Jim Aparo, and Nick Cardy put their mark on Aquaman’s history.

The ‘60s is also when DC formed its marquee superteam, the Justice League, and made Aquaman a founding member. With his own title, a co-starring role in the biggest team book of the time, and a growing world featuring characters like Mera, Black Manta, and Ocean Master, Aquaman was finally coming into his own. In fact, he was such a star heading into the 1970s that he appeared in two different animated shows, The Superman/Aquaman Adventure Hour and Super Friends. Little could Aquaman have known, those animated adventures would be the cause for his transformation from Super Hero to punchline.

Super Friends was a big deal when it aired in the ‘70s. But it was also the place where kids were introduced to Aquaman not as a seafaring hero on par with Superman, but as a sidekick who sometimes talked with fish. As much as the comic version had set Aquaman up to be a powerful character with dramatic adventures, the cartoon version had turned him into a one-note hanger-on to the “better” Super Friends. This lack of respect turned Arthur Curry into joke fodder for kids who eventually grew up to work on shows like Big Bang Theory, Family Guy, Robot Chicken. It also left the character with a bit of a lackluster reputation among comic creators, too.

Aquaman’s solo adventures disappeared from shelves in the early ‘70s, and it wasn’t until the 1986 mini-series from Neal Pozner and Craig Hamilton that DC’s heir to Atlantis pinged back on readers’ radars. Even with a renewed interest in Aquaman, it wouldn’t be until the 1990s that the character would truly start his redemption tour, thanks to the work of Peter David, Jim Calafiore, and Dan Jurgens recasting Arthur Curry as a slightly grittier version. Of course, comics being comics, this version of Aquaman eventually died and was resurrected as the Super Hero he is today. 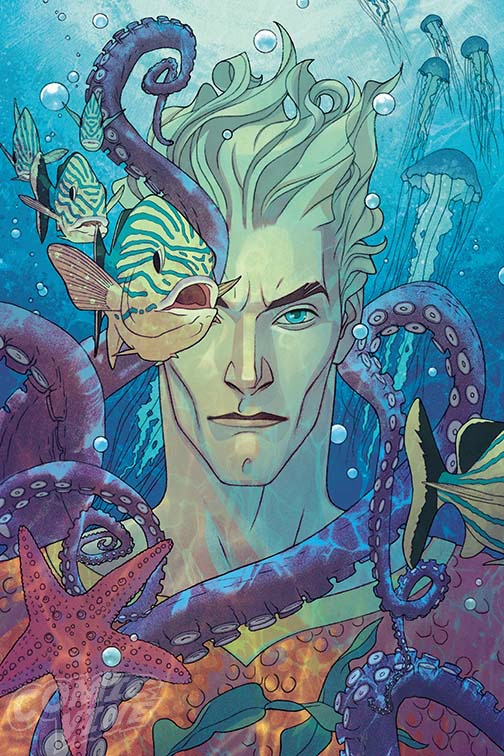 In his current comic form, Aquaman once again returns to his Atlantean roots and is a powerful member of the reinstated Justice League. He does sometimes have a chip on his shoulder from being the brunt of so many jokes for the past 30 years, but it works and gives Aquaman a bit of an edge in this new era of DC Comics. This return to glory is what helped inspire Jason Momoa’s silver screen incarnation, a man torn between two worlds, fighting to reclaim a legacy lost to the waves. Momoa is just the kind of charismatic, athletic actor that should play a Super Hero like Aquaman. He’s also the perfect catalyst to bring Aquaman’s redemption full circle.

With Momoa’s devilish grin and rugged attitude, it’ll be a lot easier to forget what Super Friends ever did to Aquaman’s reputation. In his most recent form, his true nature as one of DC Comics’ best Super Heroes comes to light.

Catch up with Aquaman and other DC Super Hero adventures here.