For folks growing up in the 1980s or 1990s, “Weird Al” Yankovic songs were as omnipresent as they were hilarious. From MTV to Top-40 radio, you couldn’t miss the five-time Grammy winner’s comedic parodies of hit pop songs like Yoda (a Star Wars-inspired twist on The Kinks’ “Lola), Another One Rides the Bus (Queen’s Another One Bites the Dust) and Achy Breaky Song (Billy Ray Cyrus’ Achy Breaky Heart).

Today, Yankovic is still making music in his early 60s. And if you’re a big fan who often ponders questions like “How many music videos has ‘Weird Al’ directed?” or “When’s the next ‘Weird Al’ tour?”, it’s time to get excited. The California-raised star of the 1989 comedy UHF is trending again.

With Daniel Radcliffe of Harry Potter fame starring in the new bio-pic Weird: The Al Yankovic Story (Roku), you can expect Yankovic’s net worth to increase beyond an estimated $20 million. The satirical, extremely nonfactual movie also features Evan Rachel Wood as Madonna and Patton Oswalt as radio host Dr. Demento.

This long-awaited Yankovic movie offers a fun change of pace for viewers who loved recent music bio-pics such as Bohemian Rhapsody, Rocketman or Elvis.

So now is a great time to revisit seven of his all-time classic songs. As Yankovic might put it, dare to be stupid and go off the deep end!

Tone-wise, this goofy 1996 parody of Coolio’s Gangster’s Paradise is the polar opposite of Harrison Ford’s star turn in 1985’s Witness — another classic spotlighting the rural, austere Amish community.

Coolio, who passed away at age 59 on September 28, initially detested the Yankovic reinvention with its references to churning butter and the 17th century. But the rapper patched up his feud with Yankovic in later years.

Produced by Rick Derringer (Rock and Roll, Hoochie Koo), the song morphs Michael Jackson’s vision of West Side Story-like gang violence in Beat It — the mega-hit from 1983’s Thriller — into a parent’s over-the-top plea to a young boy to finish what’s on his plate. The video includes Yankovic awkwardly emulating Jackson’s famous dance moves.

Who could have imagined that Madonna’s Like a Virgin could be successfully retooled with wacky lyrics about an incompetent physician performing organ transplants? According to Yankovic, the title for Like A Surgeon originated with Madonna herself. Memorably, the 1985 video — shot at a recently shuttered hospital — features a real lion.

Yankovic is notorious for his accordion playing and polka music rhythms. Those trademarks are front and center in his original breakout song, My Bologna. First recorded in 1979 as a parody of The Knack’s My Sharona, it got radio airplay for Yankovic on the nationally syndicated Dr. Demento Show. He then re-recorded the song for his self-titled 1983 debut album.

‘I Lost on Jeopardy’

In terms of Jeopardy! hosts, do you prefer the longtime late Canadian host Alex Trebek or more recent hosts like Ken Jennings and Mayim Bialik (The Big Bang Theory)? Either way, it’s easy to groove to this 1984 Yankovic parody of the Greg Kihn Band’s single “Jeopardy.”

Unsurprisingly, the original song had absolutely nothing to do with the TV trivia game show. You can spot original Jeopardy! host Art Fleming in Yankovic’s music video.

If you thought all the best Yankovic songs were recorded in the 20th century, think again. This 2006 parody of the massive hip-hop hit Ridin’ by Chamillionaire (featuring Krayzie Bone) saw Yankovic cracking Billboard’s top 10 for the very first time ( No. 9).

Alluding to MySpace, Star Trek and Dungeons and Dragons, White & Nerdy is one of the most entertaining Yankovic songs to crank up at a party — or after watching the new Yankovic movie. 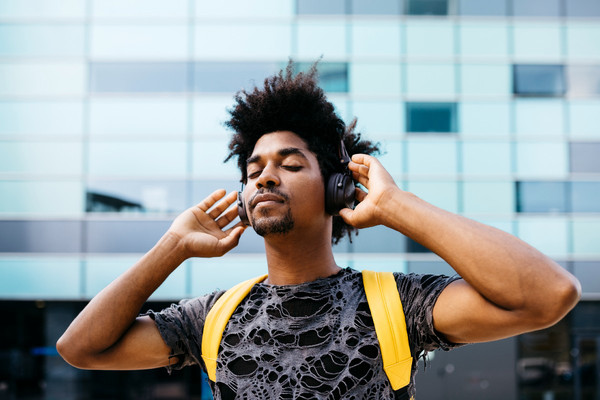