LOS ANGELES — At April’s Grammy Awards in Las Vegas, the big winner was Jon Batiste, a jazz-funk bandleader with a plum TV gig and critical acclaim but almost zero chart presence prior to the ceremony.

Superstars Beyoncé, Kendrick Lamar, Harry Styles, Adele and Lizzo were all nominated for album, song and record of the year for the 65th Grammy Awards, as announced Nov. 15 by the Recording Academy. Longstanding Grammy favorites Mary J. Blige (a nine-time winner and 37-time nominee) and Brandi Carlile (six wins, 24 nominations) were both nominated for record and album of the year, and 2022’s top-selling artist, Bad Bunny, received an album of the year nomination.

Even Taylor Swift, whose “Midnights” isn’t eligible until next cycle, grabbed a song of the year nomination for her 10-minute rerecording of “All Too Well.” Ratings for televised awards shows may be at an all-time low, but with a night filled by performances from some of pop music’s biggest draws, executives at the Recording Academy and its network TV partner CBS have reason for optimism.

While Beyoncé and Adele were expected to lead the pack, there are a handful of notable surprises and a few pointed snubs. Here are some that caught our eye:

1. No more drama; many more nominations.

R&B great Mary J. Blige has enjoyed a long and storied career, and the Grammys have rewarded her with nine trophies, from her first in 1996 to her most recent in 2009. But her six nominations this year will likely catch even hardcore Mary fans off-guard. Album of the year nominee “Good Morning Gorgeous” was an exemplary addition to her discography, but it peaked at No. 14 on the Billboard 200. The title track, up for record of the year, topped out at No. 83 on the Hot 100. But they clearly struck a nerve with Grammy voters, who perhaps rekindled their affection for the queen of hip-hop soul after her performance alongside Dr. Dre, Snoop Dogg, Eminem and Kendrick Lamar at the Super Bowl halftime show in February. Blige is also nominated in four R&B categories.

2. The “Only Thing That’s Gone” is Morgan Wallen’s shot at a Grammy.

After a year in which more than one superstar torched their reputation with conspiracy theories and racist remarks, the Recording Academy is probably grateful they don’t have a Morgan Wallen problem to deal with. The country star’s “Dangerous: The Double Album” spent 10 weeks atop the Billboard 200, but Wallen was shut out this year at the Grammys, a likely byproduct of the viral video that caught Wallen using the N-word. He’s back to selling out arenas on tour, but Grammy voters weren’t as ready to welcome him back to the fold.

In recent years, the new-artist category heralded the arrival of a new superstar: Olivia Rodrigo, Megan Thee Stallion, Billie Eilish and Dua Lipa were past winners. This year, however, the category is all over the map and full of still-emerging acts. Bluegrass singer-songwriter Molly Tuttle, hipster jazz duo Domi and JD Beck and old-school jazz vocalist Samara Joy all revel in pyrotechnic musicality. The field is as eclectic as it is wide-open: There’s Brazilian música urbana (Anitta); winsome Latin indie (Omar Apollo); Italian glam rock (Maneskin); droll U.K. indie-rock (Wet Leg); sassy Atlanta rap (Latto); and arresting R&B (Muni Long). Meanwhile, 35-year-old Houston rapper and actor Tobe Nwigwe has already released 11 (!) albums prior to his new artist nod. No one stands out as the obvious frontrunner, which should make for a lively competition.

4. Cry havoc and let slip the Barbz of war.

Nicki Minaj raps from start to finish on her No. 1 hit “Super Freaky Girl,” but the Recording Academy decided its sample of Rick James’ “Super Freak” made it bubbly enough to compete in the pop category instead. The news didn’t sit well with Minaj, but she tweeted she would accept it on one condition: If Latto’s smash single “Big Energy” was moved into pop as well. Minaj struck out on both fronts: She failed to garner a single nomination, and “Big Energy” received a nomination for melodic rap performance.

In the 15 years that followed her country-music debut, Swift has fully metamorphosed from Nashville darling into indubitable Queen of Pop. Although Swift never quite formalized a departure from country music, the electro-pop edges of her 2012 masterpiece, “Red,” foreshadowed her eventual mainstream foray; and the singer-songwriter’s 2021 rerecording of this critical chapter planted her firmly back into the country soil that raised her. As a prelude to next year’s expected dominance of the top categories, Swift received three nominations on Tuesday: Her 10-minute redo of 2012’s “All Too Well” is up for song of the year; “Carolina,” her rootsy number for the film “Where the Crawdads Sing” is nominated for song written for visual media; and her duet with Chris Stapleton, the once-vaulted ballad “I Bet You Think About Me,” is in the running for country song.

It’s not every year a hardcore band gets a shot at a Grammy, but thanks to the eccentric dazzle of their 2021 LP, “Glow On,” Baltimore’s Turnstile get three: They are nominated for rock song, rock performance and metal performance. The five-piece will have to contend against industry vets like Ozzy Osbourne, the Black Keys and the Red Hot Chili Peppers — as well as some eyebrow-raising wild cards, like the Grammy-winning Americana star Brandi Carlile and Canadian power balladeer Bryan Adams.

This article was written by August Brown, Suzy Exposito and Kenan Draughorne from the Los Angeles Times and was legally licensed via the Tribune Content Agency through the Industry Dive Content Marketplace. Please direct all licensing questions to legal@industrydive.com. 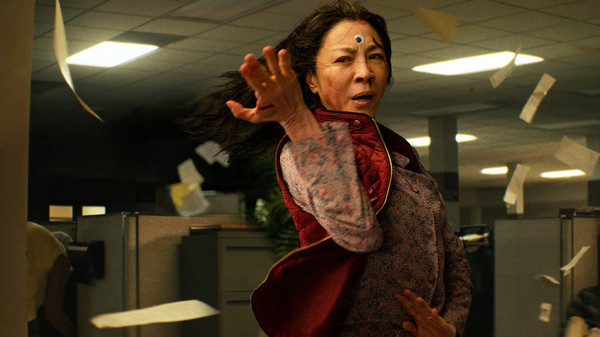 2023 Golden Globes: The Full List of Movie and TV Nominations 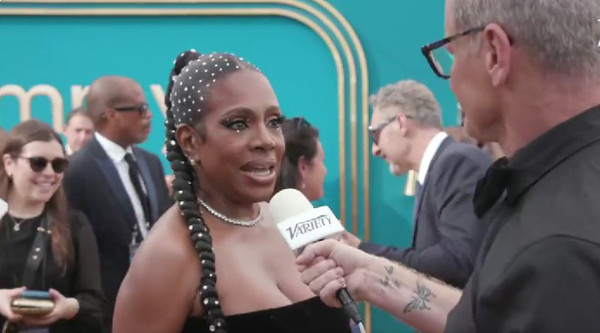