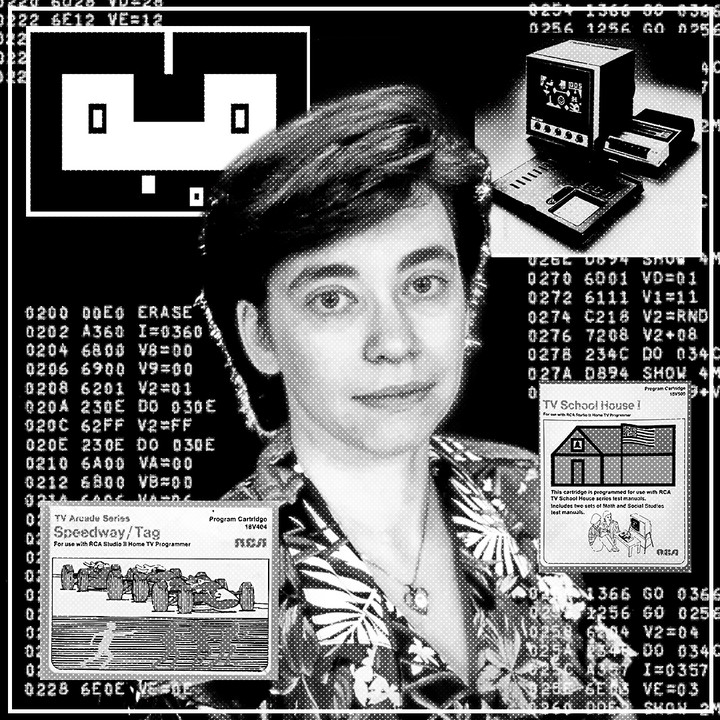 When it comes to the gaming pioneers who helped shape the industry into what it is today, the same names usually come up: Steve Bushnell, Jerry Lawson, Ralph Baer, and others. And it is no coincidence that most are male. The annals of video game history are curiously bereft of women, but not because they weren’t around. In fact, women have worked behind the scenes for decades, quietly pushing the medium forward, with barely any recognition for their contributions.

Such is the case with Joyce Weisbecker (born 1958), who deserves recognition not only as the earliest known female video game developer, but the first woman working as a contractor to bring a commercial video game to life. The indie video game industry is a bustling and lucrative one now, and Weisbecker’s name should be held in high regard by the contemporary gaming community. Not only is she arguably the first indie game developer, she is also a female pioneer in a heavily male-dominated industry.

And yet, her name is often omitted from video game history books. In fact, many gaming historians point to Carol Shaw as the first-ever professional female video game designer – even though Weisbecker’s career kicked off before Shaw’s. With Weisbecker’s accomplishments frequently overlooked, it is important to recognize and celebrate her work – especially if we want to see more young women enter the world of gaming.

Weisbecker was responsible for writing new games for consumer electronics manufacturer RCA’s Studio II console, a system largely left to languish in obscurity over the years. It was notable during its debut however, as it was one of the first home video game consoles to utilize cartridges to store its game. Though the Studio II never did reach the dizzying heights of consoles like the Intellivision by Mattel or even Atari’s VCS, it’s still an intriguing part of history that should be celebrated – especially given Weisbecker’s hand in ensuring it had a library of titles to draw from for consumers.

Joyce Weisbecker was the daughter of tech-enthusiast Joseph Weisbecker, who invested his much of his personal time in building a personal computer. Fascinated by her father’s work, Weisbecker quickly developed an interest in tech and electronics. Her mother, Jean Ann, encouraged her to pursue computer science, even though it was very uncommon for girls to enter the field at that time.

While her father put together his very first prototype for a home PC, which he lovingly titled Flexible Recreational Educational Device (or FRED), Weisbecker watched and learned. She even accompanied him on his various visits to Radio Shack for parts and pieces of the machine. As she became more familiar with how FRED worked, she took her father’s lead and began programming for the fledgling home PC.

Weisbecker spent a good amount of time working on her father’s creation, making logic-based titles and puzzles mostly for her own amusement. But these exercises would soon turn into a real career-builder for her resume. Indeed, her hard work ended up paying off, especially after she whipped up two games: Snake Race and Jackpot. As RCA continued to ramp up production with the Studio II, Weisbecker soon received her very first monetary compensation for coding as a contractor for the company.

In early August 1976, she had her first breakthrough with a simple yet entertaining quiz game called TV Schoolhouse I. She programmed the game in just about a week’s time, and then delivered it to RCA for a payment of $250. She kept the work anonymous, though, and thus did not receive any credit for the game at the time.

From there, Joyce went on to code additional titles, including a racer called Speedway and Tag, both decidedly rudimentary games when compared to the games we know today. While they mainly consisted of small shapes, simple programming, and were bereft of storylines or complex characters, they cemented Joyce’s status as the first indie video game programmer – a feat that’s very much something to be proud of, even now.

The next time you enjoy a game painstakingly crafted by an indie developer, think back to Joyce – and all the ways she pushed the envelope for creators, contractors, and women in the industry back during her heyday.