It’s never a good idea to tick off gamers.

“They’re a 10 but they only like playing single-player games,” EA tweeted.

The ratio came quickly for EA. They were called out for hypocrisy, as a publisher that makes games with rich single-player campaigns. They were harassed because many gamers are tired of multiplayer games that have become cash cows for developers like EA, who try to get players to pay $4.99 for different uniforms, guns or whatever else will make the game more profitable.

For older gamers, it’s not a lot of fun getting shot in the head by a 12-year-old yelling “noob” in a game like “Call of Duty.” A large number of gamers prefer single-player video games because there’s storytelling and exploration. Games put an emphasis on problem solving instead of quick-twitch reactions. A good single-player game can feel like a movie that’s unfolding in front of your eyes.

Yes, this game is now mostly known as an open-world multiplayer. And it came out nearly a decade ago. No matter. No series of video games has been consistently more funny, tense and avant-garde than “Grand Theft Auto.” The story is long and nuanced, with three different possible endings. But what really sets the series apart is the open-ended situations players find themselves in. Players might be given a mundane instruction about delivering a package, but the creative solutions players are allowed to come up with — perhaps a 747 nose-diving into the finish line, for instance — has always set “Grand Theft” apart.

Any of the Uncharted games could make this list. The series is rich in visuals and storytelling. “A Thief’s End” stands apart for a moment relatively early in the game where, after all the tutorials are out of the way, the camera pulls back and players realize they are in something of an open world. Yes, the series is essentially Indiana Jones, but no game is better at giving players a movie-like experience than Uncharted.

Every village, castle and cave has a story to tell in “The Witcher.” That’s a lot of stories. The Witcher is known for its gigantic open world, but also the sense of place that comes from a carefully crafted game. Seven years after its release, it’s still considered to be the best video game of all-time by its fans. The main story is long and compelling; the side quests are unique and not repetitive. And with 36 different endings, “The Witcher” will keep you busy for another seven years to come.

Yeah, the series has gotten old. You’ll have that when there’s been 12 releases, but it’s popular for a reason. And Valhalla is an exemplary version of the game because it throws away much of the lore that has bogged down the series and focuses on spinning a good yarn. The story does well to get players to care about Eivor and his brother Sigurd as they conquest across England.

This was a tough call only because it was a choice between the original and the sequel, which are equally brilliant games. That’s no accident. Rockstar, the publisher, also created the “Grand Theft Auto” series. Both easily rank in the top 10 on Metacritic’s all-time list. The more-recent entry gets the nod here for its slightly more compelling story of betrayal and revenge. And no series makes better use of open-world options than “Red Dead,” which lets users hunt animals or hunt side missions with equal aplomb.

The Legend of Zelda: Breath of the Wild

For a game series that debuted on the original Nintendo, this iteration of “Zelda” shows sweeping changes can work out well for a game. Link patrols a beautiful version of Hyrule in the first true open-world “Zelda” game. There are puzzles, plains and forest to traverse, but the game’s physics are what set it apart. Players are invited to find multiple solutions to win fights or challenges.

The Last of Us

Though the sequel was very good, you can’t beat the original “The Last of Us.” Part zombie shooter, part maze solver, the story in the original game offers more depth and mystery than the follow-up. The game bucks convention, keeping ammunition and weapons sparse and forcing players to either come up with a good plan or good shots to take out their enemies.

Again, open problem-solving is a key feature of this game. But what really stands out is how hard “Elden Ring” is. If you’re playing by yourself, good luck not googling a walkthrough or asking a friend for tips and tricks. “Elden Ring” is unabashedly difficult. And for some gamers, that’s exactly the point.

Finished Elden Ring? Here’s what you should play next.

The only game on the list that doesn’t involve shooting a gun or wielding a sword, “Need for Speed” is simply a fun racing game. You don’t have to be a car nerd. The race physics are comical, relative to real life. That’s not the point. This is just a good time, roaring around an open world and looking for shortcuts to shave time on your next lap.

It was a close call here between the 2012 release and “Far Cry 5,” with its unhinged storyline. This is the game in the series that set the tone for all to follow, with an exotic open world and a bad guy (Vaas) who defined what a bad guy should be. Players can choose stealth or chaos as they work to overturn Vaas’ rule. There’s no wrong way to play, except maybe playing multiplayer games.

We live in the in the golden age of video game adaptations, here are some of our favorites.

Whether you love or hate single-player video games, most gamers can agree that gaming centric content is always a win. Catch up on your favorite video game movies and shows on DIRECTV. 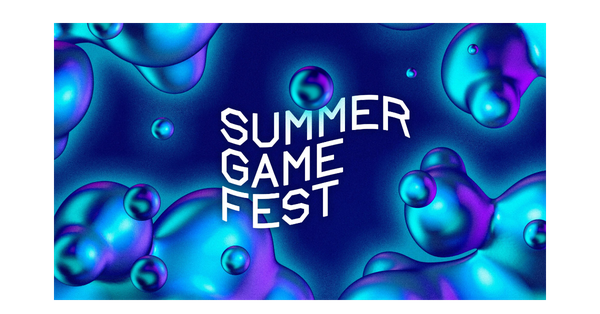