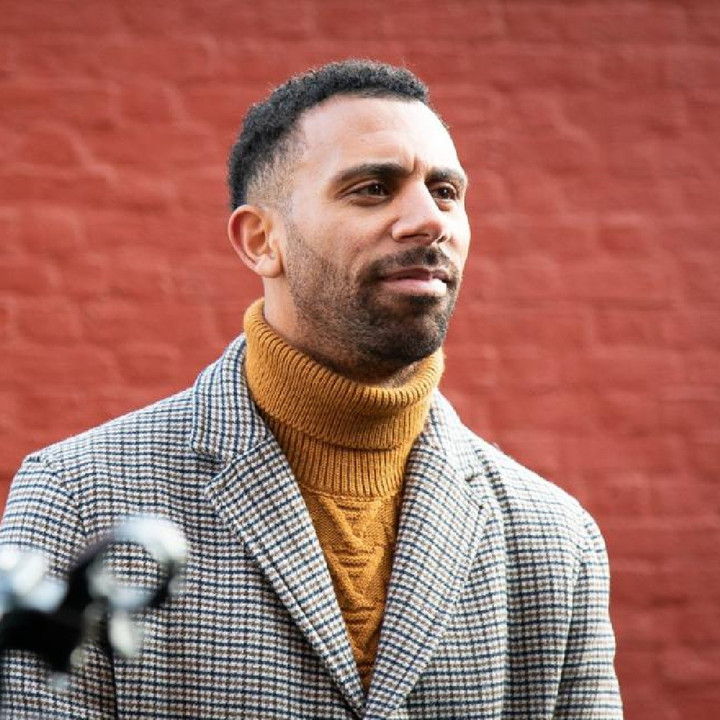 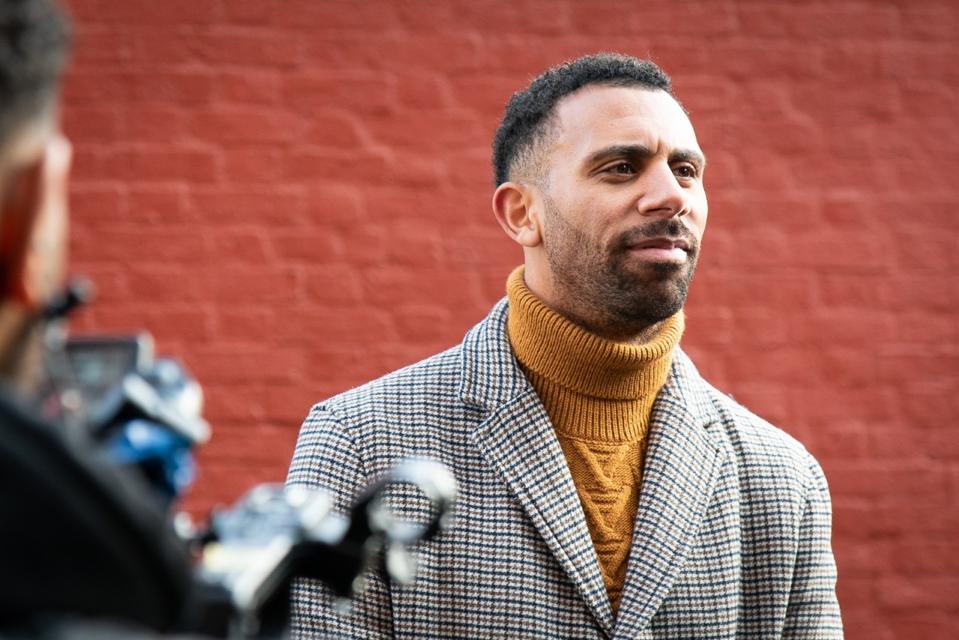 Anton Ferdinand: Football, Racism and Me

A decade since it took place, Anton Ferdinand is taking control of the narrative around the incident that changed his life.

It was a Sunday evening in October 2011 when Ferdinand bounced into his box at Queens Park Rangers elated to have been at the heart of a 1-0 win over bitter rivals Chelsea.

The mood that greeted Ferdinand was different from the one he was expecting, family members seemed subdued and asked if he was okay.

Then they showed it to him, the video which would change everything.

Cameras had caught Chelsea and England captain John Terry allegedly using racist language towards Ferdinand, after a clash between the pair in the QPR penalty box.

Ferdinand was incensed but was convinced by his family not to do anything. The authorities would be looking into the incident, surely.

As the video blew up on social media that night Terry released a statement.

He didn’t deny using the term “f*****g black c**t”, but claimed he wasn’t abusing Ferdinand. He claimed he was repeating what he thought Ferdinand had accused him of saying.

But that was only the start.

A complaint from a member of the public to the Metropolitan police sparked an investigation which eventually led to criminal proceedings against the Chelsea man.

The case went to trial and Terry was acquitted, as it could not be proven beyond a reasonable doubt that the words were spoken as abuse.

After the criminal case, a Football Association independent disciplinary panel, working to a lower threshold, found the Chelsea captain guilty. He was fined £220,000 and banned for four games as a result.

It wasn’t the only consequence.

The FA decided to strip Terry of the England captaincy early in the process, a move that led to the departure of manager Fabio Capello, ahead of the Euro 2012 Finals in Poland and Ukraine.

Terry then retired from international soccer saying that the FA’s decision to charge him after the criminal acquittal made his position “untenable.”

Ferdinand has remained silent throughout the whole ordeal, until now.

In a powerful documentary Anton Ferdinand: Football, Racism and Me, released a couple of months back, Ferdinand explains how it all affected him and his family.

I spoke to him about what it was like making the documentary and why he wanted to finally speak out.

‘Everything was my fault’

Ferdinand’s silence did not stop him from being the target of a torrent of abuse from soccer fans, both online and in person.

“Everything was my fault,” he tells me.

“That’s what I had to live with daily. Walking down the street, going into a stadium.

“I always had it thrown at me. Whether that be another racial slur from someone walking down the street [saying] ‘ah JT was right you are a black c**t’ [or] picking up my phone going on my social media and [seeing] a barrage of racial racist abuse.

“I can’t say anything, and I can’t do anything because I’m in the public eye.”

Ferdinand says he was targeted by opposition supporters across the country every time he played.

At the time Ferdinand says he thought he was fine and felt he didn’t show the impact of the ordeal. Even close friends have called him since the documentary aired to say they were shocked at what he endured. But it did take its toll.

“I actually thought I was fine, I never really showed [how I felt]. It is only really probably my mom, my wife and my family members, who were with me more than anybody, were like; ‘he isn’t the same person.’”

Ferdinand blames himself for not speaking out about the topic sooner but says the process of making the documentary has helped him to gather some perspective and deal with everything he endured.

“Hindsight is a beautiful thing. I know if something happened now I’ll be different. I’m more open to speaking now. One thing that’s come out during this documentary is that there has been a lot of healing.”

The documentary provides powerful moments of hindsight for several other significant figures within the game.

Ferdinand’s former manager at QPR Neil Warnock reveals there are things that he remembers shouting that he isn’t proud of, while Liverpool captain Jordan Henderson says he regrets the club’s public backing of Luis Suarez over allegations of racism.

But more important than that is what people are now coming up to Ferdinand in public to say.

During a trip to a hardware store before Christmas, he was accosted by a white man in his 60s.

Ferdinand says: “He went; ‘I’m a sixty-year-old man who was set in his ways. I felt [that for] my generation you see color, you see difference and you express it. But after watching your documentary, I knew I had to change my thought process. Not only that, it made me feel disgusted to be white’”

Ferdinand says he didn’t set out to have this type of effect on people but is enthused by the way it has helped raise awareness.

“[It’s been] overwhelming the level of support. [The] emails I’ve had that have come in, thousands of them, a lot of them say the same thing about how powerful the documentary was. And that it opened people’s eyes to a lot of things.

“For it to do that makes me more proud of the documentary, [it goes beyond] my own personal benefit of having closure.”

‘Too many grey areas’ 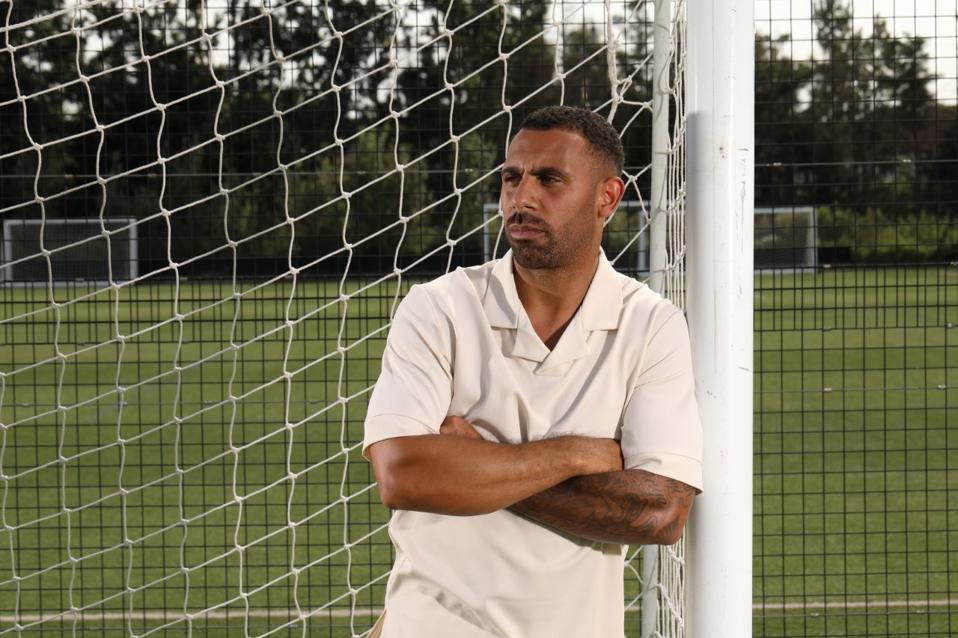 Anton Ferdinand stands in a soccer goal in front of a fence and a training pitch. A press shot for the documentary Anton Ferdinand: Football, Racism and Me

Anton Ferdinand: Football, Racism and Me

The former West Ham defender is under no illusions about the work that still needs to be done to tackle racism on the pitch, in the stands, on social media and at boardroom level.

“I don’t think [soccer] is ever going to be able to eradicate racism fully and that’s the sad thing about it,” he continues.

“Society will be able to eradicate it to a certain [extent and] I think football can help 100%, but it’s still a societal thing, [because it is] society that comes to the [soccer] game.”

One thing he thinks would be beneficial however is having one dedicated body charged with handling racism in soccer.

“Once that happens, there’s no ‘oh well, who do we listen to? do we listen to the Premier League? The FA? [anti-racism soccer charity] Kick it Out? We don’t know.”

“When it is coming from one place and there’s one voice saying it [soccer] clubs, players and fans become accountable for their actions.”

He believes accountability should also exist at the social media companies whose platforms have been used for some time as a tool to racially abuse players.

Ferdinand points out that players are quick to be charged by the Football Association for posts on social media that breach its rules, but there is rarely anyone taking racist fans to task.

“The FA hold us as [soccer players] accountable. If we say something that’s wrong we get a fine or we get banned from playing. But when it happens to us, the people that do it to us and the people who own the platform, they’re not accountable. That doesn’t make sense to me.”

I ask Ferdinand if the whole process had enabled him to regain some control of the incident a decade ago, which had begun to snowball before he’d even become aware of it.

“It was a learning curve,” he replies.

“But one thing that I will never allow is that if they can’t speak up, I [will] be more than happy to speak for them [because] I had no one who was willing to speak for me.”

Anton Ferdinand: Football, Racism and Me is available to watch on BBC iPlayer

This article was written by Zak Garner-Purkis from Forbes and was legally licensed through the Industry Dive publisher network. Please direct all licensing questions to legal@industrydive.com.