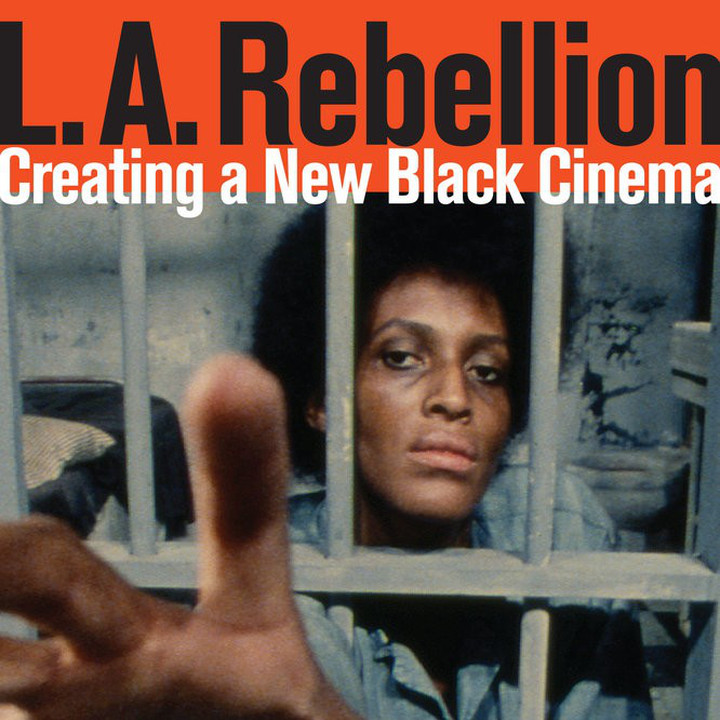 The L.A. Rebellion, also known as the Los Angeles School of Black Filmmakers, is a UCLA-born movement formed in the 1960s when a group of young African and African American students joined the University’s School of Theater, Film and Television as part of a diversity enrollment initiative. This Juneteenth federal holiday, let’s celebrate the groundbreaking African American filmmakers of the L.A. Rebellion with a look back at some of their most influential work.

“Determined to respond to the political turmoil and anti-black backlash of their time, as well as defy the limitations of both mainstream Hollywood cinema and the Blaxploitation cycle in representing black life on film,” liquid blackness says “these young filmmakers sought new aesthetic forms that would more adequately respond to the exigencies and specificities of black lives.”

Happening amidst the ongoing fight for civil rights — specifically following the Watts riots of 1965 and 1969’s campus shoot-out — and just a few miles away from the Hollywood machine, the films that emerged marked a full departure from the mainstream. They “came out of a consciousness of anti-Vietnam and black-lib struggles,” according to The Guardian, “forged in solidarity with anti-colonial movements from around the world such as Brazil’s Cinema Novo and the Argentinian Grupo Cine Liberación.”

Also inspired by the French New Wave, Italian Neorealism and fledgling African cinema of the time, the films were an attempt to “find a new way to reimagine our lives, to define who we were, what we wanted, what our pasts were, and what our future was going to be,” says director, writer and one of the leading members of the movement, Julie Dash.

“When we call ourselves filmmakers it’s because we wrote, produced, knew how to do the sound, operate the camera, to light, and when we took it into post [production] we’d edit our films physically, as well as mix the sound. We were totally immersed in it. We weren’t making films to be paid, or to satisfy someone else’s needs. We were making films because they were an expression of ourselves: what we were challenged by, what we wanted to change or redefine, or just dive into and explore.”

The following three films are L.A. Rebellion standouts and have all been voted into the National Film Registry for being culturally, historically and/or aesthetically significant. Read on to find out why.

The first feature by an African American woman to be commercially released in U.S. movie theaters, Dash’s “Daughters of the Dust” is a visually stunning history of the Gullah people (also known as Geechee). Set in 1902, the story follows three generations of women during the Great Migration — when six million Black people left the South for other parts of the country between the 1910s and ’70s — as they prepare to leave the Carolinas and start a new life in the Northern United States.

Filmed on location on St. Helena Island, this “ecstatic, mournful, and visionary drama turns one family’s experience of the Great Migration into a vast mythopoetic adventure,” according to The New Yorker. “Dash plots family relationships with a novelistic intensity and depicts the cultural interweave of Christianity, Islam, African and Native American religions, mysticism, and politics with luminous lyricism and hypnotic pageantry.”

Director’s cut: “What I learned from writers like Paule Marshall, Toni Cade Bambara, and Alice Walker is that there’s an audience for writing from your heart,” says Dash during an interview with The Believer. “Some things don’t have to be explained, because we already know them.”

Critic’s pick: “It’s a true original,” says The New Yorker, “and, as such, of considerable value both as a film and as a sad yet hopeful summation of history as memory and experience.”

In Charles Burnett‘s “To Sleep with Anger,” a married couple from the rural South attempts to make a life and a living in South Central Los Angeles. But when an old friend (Danny Glover) from back home decides to pay an extended visit, their world and family dynamics are turned completely upside down. Instead of the warm presence the couple expects, their pal ends up making more trouble than most with an almost evil energy that ends up having lasting effects.

“Ever astute about the complexity of families, highlighting the strain of obligations to blood ties,” The Village Voice calls Burnett’s film “a reflection on reconciling the past — specifically, the Second Great Migration, in which millions of African Americans from the South, from roughly World War II through 1970, relocated to, among other areas, large cities in the West — with the present.”

“Like all great art, ‘To Sleep With Anger’ triumphs because it works both on a personal level… and it is provocative enough thematically to fuel hours of discussion about tradition versus modernity and how it has affected African-Americans,” according to Indie Wire. Burnett’s “asking us to think about the generation gap, Christian faith versus backwoods mysticism, the grip of the past versus the pull of the present, African-American yearning for financial prosperity versus our sense of altruism and duty, and complications within both sides of each coin.”

Director’s cut: “Working on ‘To Sleep with Anger,’ I knew what I wanted, and I would sit back and let the actors work on behaviors, mannerisms and what it was like to live there,” says Barnett in an interview with Roger Ebert. “There was room for a lot creative ideas from the actors…When you have talent and then create an environment like that, you let the actor be in the zone and they come up with some really nice stuff.”

Critic’s pick: “This eccentric comedy-drama is a truly folkloric film,” says The New Yorker.  “Burnett and his cast tap depths of mystery, soulfulness, and glee.”

Shot and written by Burnett, but produced and directed by fellow L.A. Rebel Billy Woodberry, “Bless Their Little Hearts” is a powerful drama about the ongoing unemployment, prejudice and poverty faced by Black communities in Los Angeles during the 1960s, ’70s and ’80s. Honing in on one family’s heart-wrenching struggles, we watch as a depressed patriarch attempts to scrape by while running out of options when it comes to supporting his wife and three children — a harsh reality faced by all too many at the time.

Director’s cut: “It’s about life outside of work — life without work,” says Woodberry. “For this couple, one part is missing because [the husband] is not at his previous job, where he knew he’d bring a salary to her, and together they’d have consistent, regular contribution. He lost that. And the question is: What happens in the process, when a man loses his work?”

Critic’s pick: “So understated that at times it seems diffident, as if it were too shy to display its fury in more robust terms,” according to The New York Times. “This, however, is the style of the film that Mr. Woodberry, Mr. Burnett and their splendid cast…have chosen to make, and it works beautifully.”