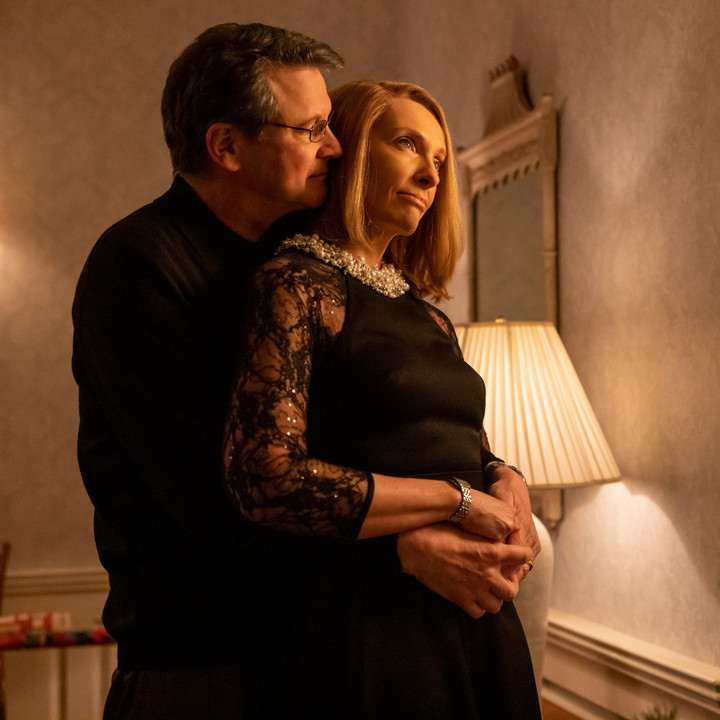 When you’re not busy soaking up the sun this summer, we have another suggestion. You’ll want to be streaming all the great shows that are about hit screens. From highly-anticipated premieres to long-awaited comebacks, sci-fi thrills to crime-comedy and real-life stories, there’s something for every taste in these fantastic picks.

May 5th: “The Staircase”

Led by the incomparable talents of Colin Firth and Toni Collette as Michael and Kathleen Peterson, this new effort from HBO Max is based on a disturbing true story of a crime novelist convicted of murdering his wife — found dead at the bottom of their North Carolina home’s staircase in 2001. The eight-episode limited series follows Peterson’s arrest, its documentary, and the turbulent years that follow for him and his family, played by Sophie Turner, Patrick Schwarzenegger, Rosemarie DeWitt and a score of other verified stars.

The San Francisco Chronicle calls the show “exceptionally smart television, an examination of truth, guilt and self-delusion that crackles with ideas and great performances. It continually shows that the how is more important than the what in storytelling…[where] a seemingly simple glance, or an innocuous exchange, can pack a hidden world of meaning.”

In horror of a completely different, sci-fi kind, “Stranger Things” is finally back for its fourth and penultimate (!) season — the first half of which will drop this Memorial Day weekend, with the rest to follow on July 1st. Fans may or may not know that the first episode starts off six months after the “Battle of Starcourt, which brought terror and destruction to Hawkins,” according to the official synopsis.

“Struggling with the aftermath, our group of friends are separated for the first time – and navigating the complexities of high school hasn’t made things any easier.” But that might also have to do with threats from the Soviets as well an all-new, terrifying supernatural force that spans across, or through, the world. Sounds like this is set to be the biggest season yet in terms of story and special effects, so get your viewing party plans started.

Back for a second season on Starz, this underrated series centers on The Pynk, a popular strip club in a fictional southern town. With 100% on Rotten Tomatoes, the site calls the show “a stunning, lyrical piece of neon noir…[that] explores the unseen lives of strippers in Mississippi through [playwright] Katori Hall‘s singular gaze, celebrating the beauty of the craft without sugarcoating the challenges.” Brandee Evans, Elarica Johnson and Nicco Annan pick up right where they left off and fans can’t wait to have them back.

Disney+ takes another go at the Marvel Comics Universe with this new series that introduces Kamala Khan, a Captain Marvel-loving Pakistani American teenager from New Jersey who discovers she has her very own superpowers to match. Die-hard fans will notice a change in the abilities she possesses, but not to worry; Gizmodo still calls the show “as adorable, fun, and exciting as the comics.”

June 28: “Only Murders in the Building”

The true crime podcast-obsessed characters of Steve Martin, Martin Short and Selena Gomez are back on the Upper West Side this summer, and they’re on another case — though this time, they may be suspects. Hulu’s highly watchable trio and the dynamics they create have been likened to “The Princess Bride,” “Galaxy Quest,” and “Jane the Virgin” by Rolling Stone, which calls the series “that rare and wonderful thing: the parody that also offers a great example of the genuine article.”

For those who’ve been impatiently waiting for more GoT content since the series’ end in 2019 comes the feverishly-awaited prequel “House of the Dragon.” Taking place 200 years before the fall of the throne we all witnessed, this new installment is based on George R. R. Martin’s “Fire & Blood” series, which focuses on the silver-haired House of Targaryen and the events leading up to the Dance of the Dragons — the Targaryen civil war. With Paddy Considine as King Viserys Targaryen, Matt Smith as his younger brother, Rhys Ifans as the Hand of the King and Olivia Cooke as his daughter, just to name a few, the cast is set to blow us away just as before.

What other shows are you excited to watch this summer? Let us know @DIRECTV!