WASHINGTON, D.C. – The world’s top football event has officially kicked off and World Cup fever is spreading across the globe, including in the United States, whose men’s national team (USMNT) is participating in the tournament for the first time since 2014.

Many bars and restaurants across the United States are flying the flags of all 32 countries playing in Qatar in a display that resembles a celebration of the United Nations.

And as the U.S. squad prepares to take the World Cup 2022 field for the first time on Monday at Qatar’s Al Rayyan Stadium, excitement is already building for the 2026 World Cup that will be cohosted by the US, Canada and Mexico.

Here, Al Jazeera looks at the World Cup from a U.S. lens, answering some key questions about the event.

What times are the games being played?

Like other international events held outside the Americas, World Cup games will be happening at unconventional times for U.S. viewers.

Or check out all your favorite sports schedules right here!

Over the next four weeks, matches will begin at five separate times, between 10:00 and 19:00 GMT.

When is the USMNT playing?

Fortunately for American fans, all three USMNT games in the group stage will take place at 19:00 GMT (2 p.m. Eastern Time, 11a.m. Pacific Time). So no need to set alarms or attempt to stay up to be awake at dawn. An extended lunch break will do.

U.S. players will kicked off their campaign against Wales on Nov. 21, battling to a 1-1 tie, then will face off against England on Friday, Nov. 25, to end their group stage journey in a highly anticipated game against Iran on Nov. 29.

If the USMNT progresses to the knockout stages, where it finishes in Group B will determine the schedule of its subsequent matches.

What channels are broadcasting the games?

Games will be played with English commentary either on Fox or its affiliate, FS1.

NBCUniversal-owned Telemundo will air the games with Spanish commentary. Some games will also be on the Spanish-language channel Universo.

How can U.S. viewers stream games?

Don’t worry, you have many possible streaming options.

NBC’s Peacock streaming app includes Telemundo, which is airing all of the games. Fox and FS1 are also available on several streaming platforms, including YouTube TV, Hulu+ Live TV and fuboTV. Some of these services offer a free trial, but most require a paid subscription or an accompanying cable subscription.

Where are the big watch parties happening?

Cities across the U.S. will have public watch parties, and some are even changing regulations to accommodate the tournament.

With the sport of football or soccer growing in popularity, soccer bars now dot the maps of major cities in the U.S. Regular sports bars are also likely to adjust their schedules and broadcast the games.

In the nation’s capital, Washington, D.C., the city council passed an emergency measure to allow qualifying establishments to open 24-7 for the World Cup. Special permits will also let bars serve alcohol throughout the day and night, except between 4 a.m. and 6 a.m.

In Washington, D.C., the opening U.S. game against Wales was broadcast at a park in Dupont Circle in the heart of the city. The Welsh embassy cosponsored the event, and organizers handed parody medical notes diagnosing attendees with “futbol fever” to allow them to skip school or work.

Meanwhile, American Outlaws, a fan group that supports the U.S. men’s and women’s soccer teams, will be organizing watch parties at its chapters throughout the country.

The clock just struck midnight in Hawaii, so…

Still not sure where you’re watching? Check out our chapters’ plans here. https://t.co/3MnlydrOOH pic.twitter.com/c0jJlGQYYc

Some Major League Soccer (MLS) teams are also hosting their own watch parties and inviting fans to join. The Seattle Sounders broadcast Monday’s game at the Seattle Center Armory. The LA Galaxy is also organizing events at multiple locations in Los Angeles.

Both West Coast cities are set to host games in the 2026 World Cup.

U.S. Secretary of State Antony Blinken, who is already in Qatar for bilateral talks, watched the USMNT take on Wales at the Al Rayyan Stadium on Monday.

Traditionally, the heads of state of nations that make it to the final attend the showcase game. While it may require some rescheduling work at the White House, many U.S. fans may be hoping that President Joe Biden will make a trip to Doha next month.

Departing for Doha, Qatar to launch the fifth annual U.S.-Qatar Strategic Dialogue and cheer on @USMNT as they take on Wales at the first @FIFAWorldCup in the Middle East. The United States is committed to our long-standing friendship and strong partnership with Qatar. pic.twitter.com/LGOxUXJVK1

This article was written by Al Jazeera staff from Al Jazeera Media Network and was legally licensed through the Industry Dive Content Marketplace. Please direct all licensing questions to legal@industrydive.com. 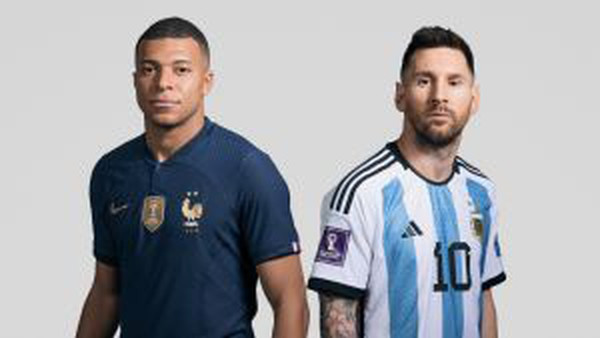