After years of buildup, Game of Thrones is finally ready for its ultimate showdown between the living and the dead. The leader of Team Apocalypse is the ultimate Big Bad: the terrifying, colder-than-ice Night King. The leader of the Army of the Dead is obviously scary—but equally mysterious. Who is the Night King, what exactly are his powers, and what on Westeros does he want? Here’s everything the show has revealed so far, and why resurgent fire magic may be the key to defeating him. 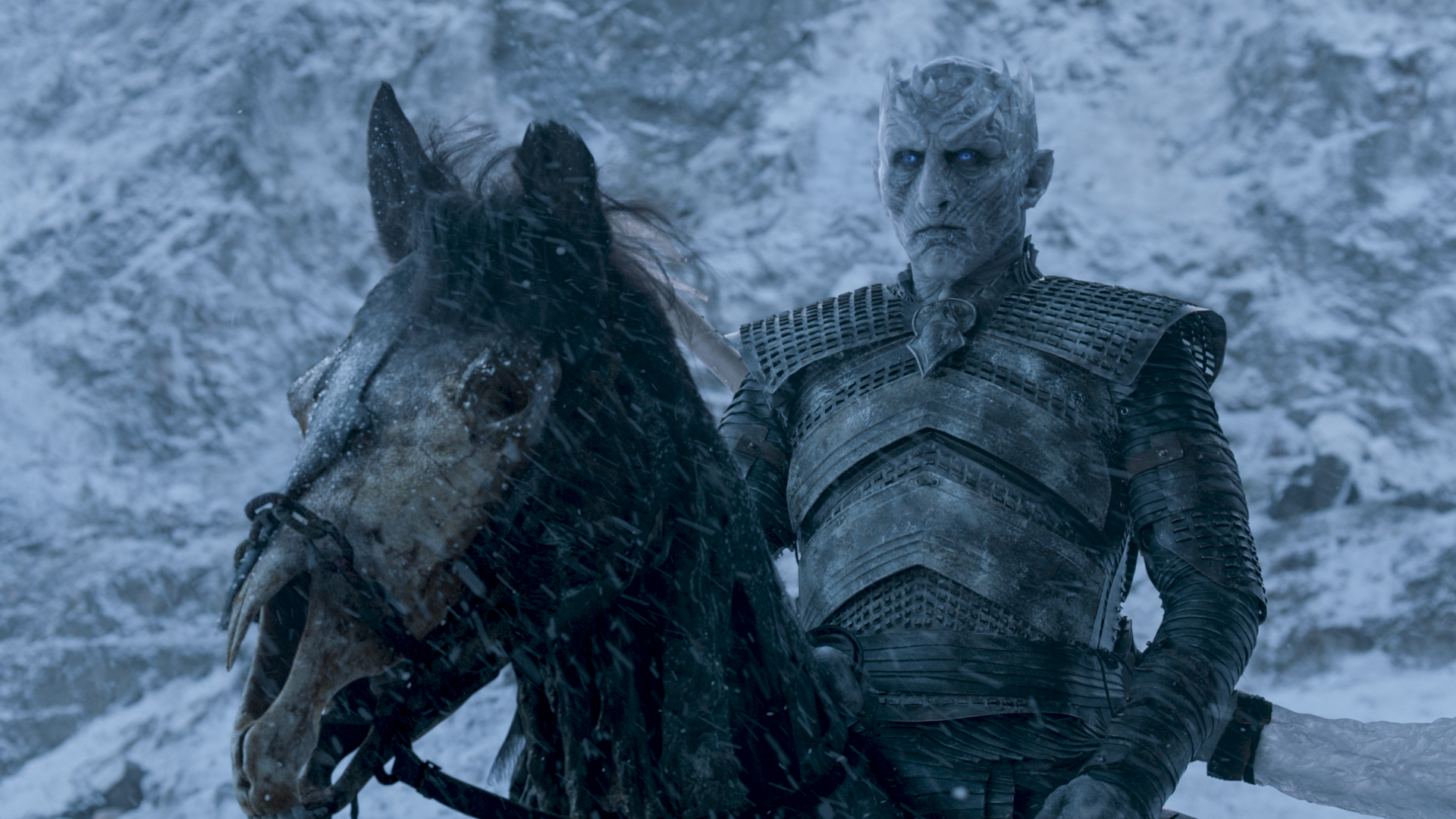 In “The Door” (Season 6, Episode 5), Bran Stark discovered that the Children of the Forest, desperate to protect their lands, created the White Walkers to fight back against the First Men. The Children sacrificed a human, plunging a dragonglass shard into his heart. But their experiment backfired, and the man transformed into the first White Walker, later to become the Night King.

The Walkers swept through Westeros until the Children and the First Men united against their common enemy. When a legendary Stark ancestor built the Wall, the Night King and his army were trapped in the Land of Always Winter, eventually becoming almost completely lost to history.

But the Night King survived, and the White Walkers continued to build his army by turning human babies—typically boys offered up by the wilding lord Craster—into blue-eyed monsters just like themselves.

Ah, Bran. Curious, impatient Bran. Later in Season 6, Bran went on a vision quest without the Three-Eyed Raven’s guidance. He stumbled upon the fully assembled Army of the Dead, when all of a sudden—BOOM—the Night King appeared behind him, grabbing his arm and breaking the spell that prevented the undead from entering the Three-Eyed Raven’s cave. Subsequent visions have proven that their initial encounter forged a magic connection between Bran and the Night King. It’s safe to say that Season 8 will force another confrontation on the astral plane. 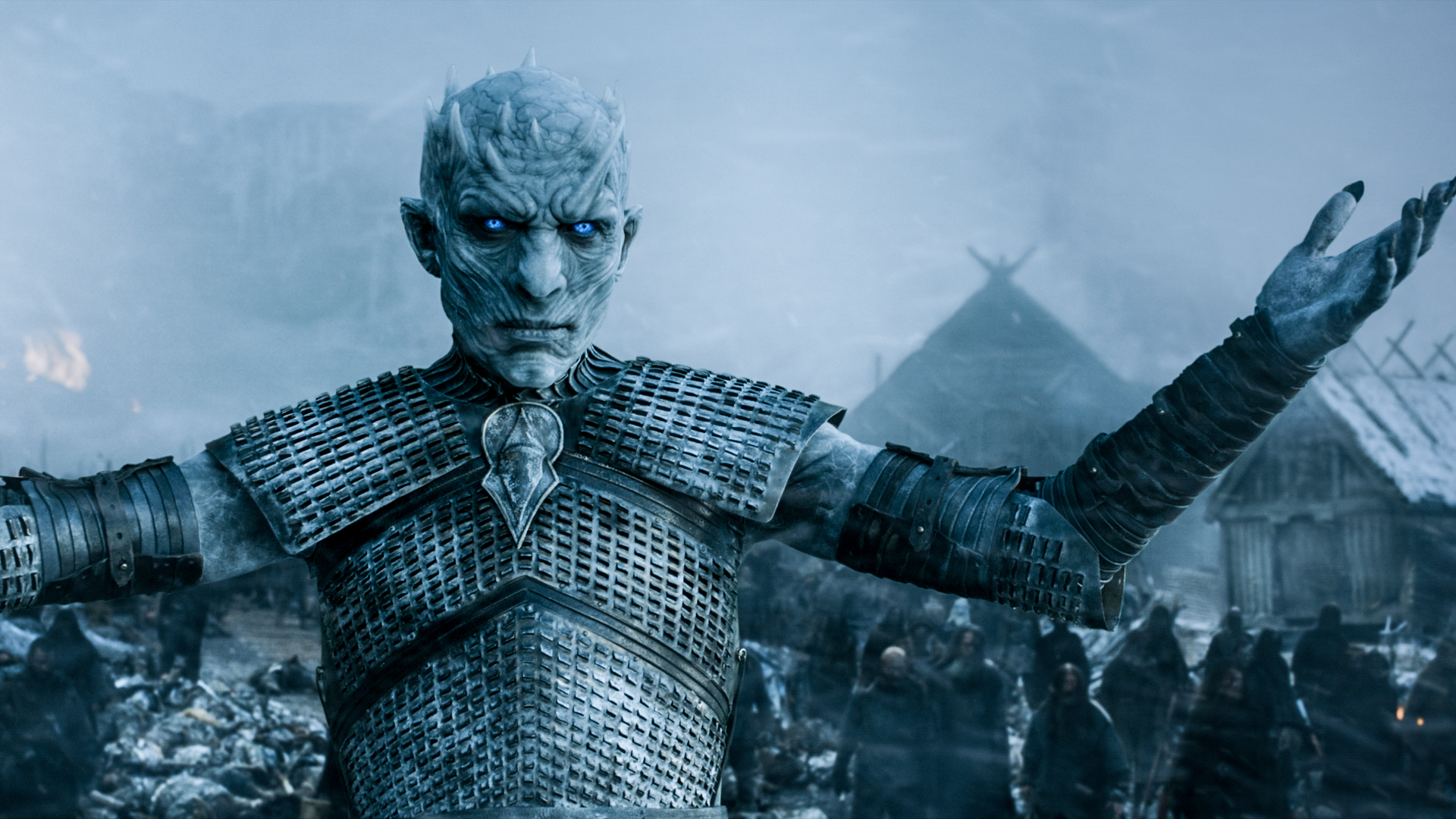 After the slaughter at the Battle of Hardhome, bodies blanketed the ground—until the Night King raised his hands and raised the dead. The reanimated corpses became wights, singularly focused on killing.

Season 7 gave us some further insight into undead biology and behavior. When Jon Snow took a party beyond the Wall to capture a wight, he killed a White Walker and found that its coterie of undead all dropped dead for good. That means that wights are inexorably bound to whichever White Walker turned them. If the Night King turned all the other White Walkers, who then turned their wights, that means Jon can simply walk up to the Night King and defeat him in single combat, triggering a domino effect that destroys the Army of the Dead all at once.  We hope.

What Do We Want? Death! When Do We Want It? Forever

Thousands of years ago, during the Long Night, the first White Walkers attempted to gain control of Westeros. They nearly succeeded. Now that the Night King has made it past the Wall, he’ll find a society weakened by years of civil war and ripe for the taking.

There’s a certain poetry to it. The Children made the future Night King to kill as many humans as possible, and he’s become incredibly good at it. But he’s not a mindless killing machine like most of his army. Organizing an assault on Westeros, even when your whole crew is bound to you by arcane evil forces, takes some brainpower. And when Jon Snow took out one of his lieutenants, the Night King saw the writing on the Wall: this guy might hamper my plans for world domination.

Mr. Viserion, Tear Down This Wall

During Jon’s ill-fated expedition beyond the Wall last season, he and his party were set upon by the Army of the Dead. Daenerys and her dragons swooped in to rescue the group, but it came at a terrible price. The Night King drew a spear and (with incredible timing and accuracy under pressure) cast it at Viserion mid-flight. As if guided by dark magic, it struck true, tearing a smoking gash in the dragon’s side and sending him careening into the frozen lake below. 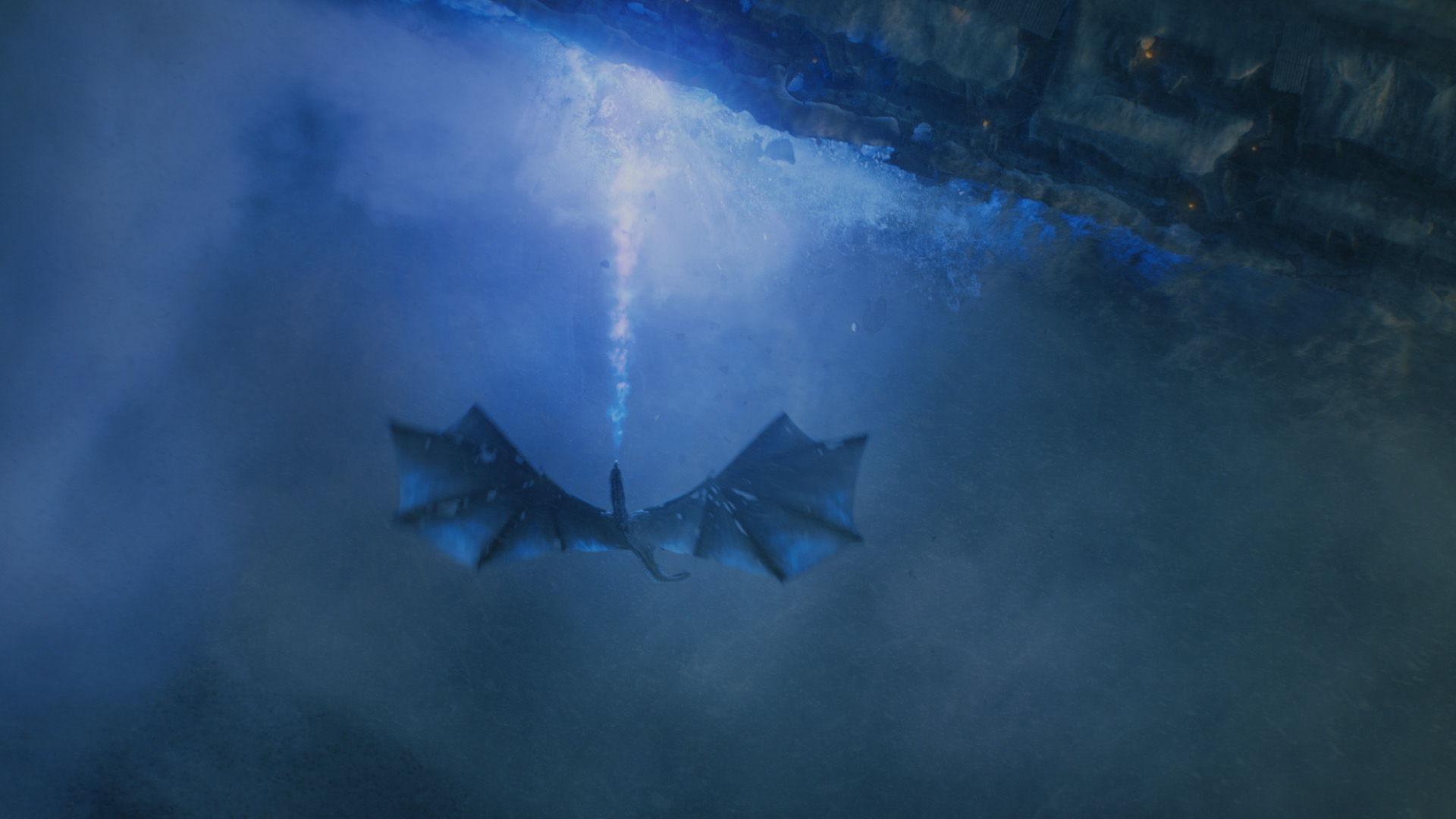 For thousands of years, the magic of the Wall kept the Night King at bay. But with Viserion’s death, suddenly a superweapon hit the market. The Night King commanded his army to pull the dragon’s corpse from the lake, then, with just a touch of ice magic, resurrected it as his mount. Undead-Viserion’s newly blue fire brought the Wall down and let the undead soldiers through. Now it’s just a short ride down the Kingsroad to Winterfell, King’s Landing, and anywhere else humans live.

The Return of Magic

At the start of Game of Thrones, the White Walkers hadn’t been seen for centuries. Nor had dragons. The return of these diametrically opposed forces coincides with—and may be responsible for—an uptick in magical events all over the world. Many of these have to do with resurrection, albeit in two vastly different fashions. Jon Snow was famously reborn in season six, but Thoros of Myr laid out the blueprint by bringing Beric Dondarrion back from death six times. A Song of Ice and Fire creator George R. R. Martin told Time that Beric is in fact a wight, powered by fire rather than ice. Daenerys Targaryen was also reborn via fire magic in her own way, emerging from Khal Drogo’s funeral pyre as the Mother of Dragons. Given that the Night King can see through time and space, it’s possible this renaissance in fire magic is what stirred him to raise the Army of the Dead. It’s also possible that this same magic may tell us..

How to Stop Him

In Essos legend, Azor Ahai was a mythical hero who brought light to the world after an unending darkness, which many suspect to have been the Long Night. Melisandre has frequently alluded to a prophecy: the Prince Who Was Promised, Azor Ahai reborn, who will use his magic sword to do it again. She believes Azor Ahai reborn to be Jon. Or maybe Daenerys. Who can say, what with Valyrian nouns being gender neutral and all?

If Whoever Was Promised never shows, there are a few more weapons that could end the Night King’s reign. As the survivors of the wight hunt know, dragonglass definitely kills White Walkers and their soldiers. Jon Snow’s taken out a White Walker with Longclaw, and there are a handful of Valyrian steel weapons on the board right now. But we don’t know if any of them can actually hurt the Night King.

Similarly, he can walk right through the average fire—but if dragonfire is hot enough to melt the stone towers of Harrenhal, it might well handle him. Then there’s the matter of that dragonglass shard in the Night King’s chest. If he can be made, perhaps he can be unmade. If the season eight trailer is any indication, we’ll find out soon enough.

The Great War is upon us at last. Will it mark the end of the Night King? Get HBO from DIRECTV and tune in to Game of Thrones to find out.