There are many Great Houses in Game of Thrones, but the haughty, otherworldly Targaryens have a credible claim to being the greatest. The blood of Old Valyria runs through their veins, scions of the only branch of their civilization to escape the Doom. The first Targaryen king, Aegon the Conqueror, united the Seven Kingdoms under one rule just three hundred years ago—a very short time, in this world.

As rulers, the Targaryens are unpredictable, endowed with magic, madness, and short tempers. They practice sibling marriage (it’s cultural, okay?), have prophetic visions, and accidentally-on-purpose burn down buildings. Their naturally platinum-blonde hair may or may not go with their house colors, black and red. Questionable judgment and dramatic flair? That’s what makes a Targaryen a Targaryen. That, and the literal dragons they alone have bound to their will.

With the (second to) last of her line Daenerys Targaryen (Emilia Clarke) and her dragons poised to retake Westeros, let’s revisit the best Targaryen moments. Most of them involve burning something down. 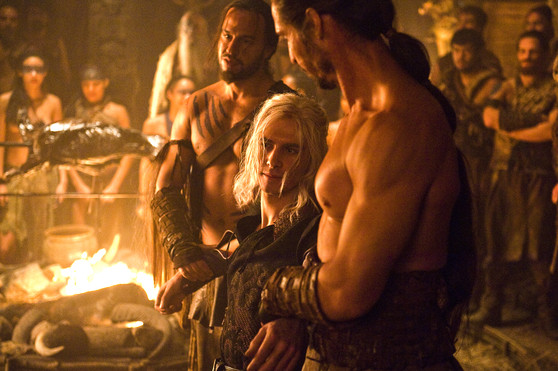 Khal Drogo’s impromptu metallurgical test confirmed it: Viserys Targaryen was not a dragon. After weeks of begging, complaints, and increasingly shrill protests, Viserys earned his crown—in this case, a bucket of molten gold unceremoniously dumped on his head. Daenerys, who endured a lifetime of manipulation and abuse at her brother’s hands, watched impassively as Viserys screamed at her for the last time. Finally, she was free to come into her own as a Targaryen queen.

Targaryen levels: 2 crazy eyes. He was no dragon. Fire cannot kill a dragon.

Gamesmanship: Negative 10 thrones for Viserys. He barely deserved to survive six episodes. 3 thrones for Dany. She moved ahead in the line of succession and began to realize her untapped strength. 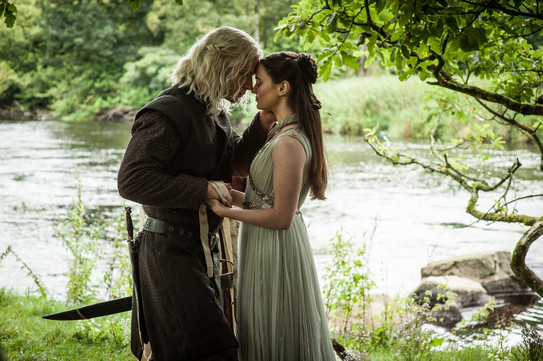 The events of Game of Thrones didn’t start in Episode 1, but years earlier, when crown prince Rhaegar Targaryen ran off with Lyanna Stark and sparked the rebellion that ended with Robert Baratheon on the Iron Throne. Of course, we know now that Lyanna wasn’t abducted against her will, that she and Rhaegar were secretly married, and that their son would grow up to be Jon Snow.

Gamesmanship: Negative 4 thrones. Half the kingdom was already looking for an excuse to throw out Mad King Aerys. Call a Great Council at the Tournament of Harrenhal and depose the guy, Rhaegar! 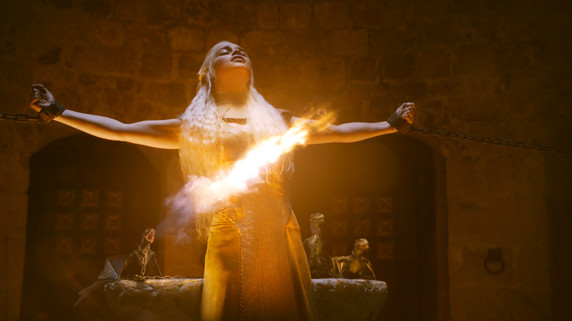 8. The Barbecue of the Undying

With Daenerys on the scene, Qarth’s most exclusive club got hotter than ever. The Mother of Dragons finally accepted Pyat Pree’s invite to the House of the Undying, where she screened never-before-seen footage of her own future. Unfortunately, it was an interactive experience that saw her magically chained to the walls for all eternity. Daenerys left a scorching review, recovered her stolen dragons, and left the city for good.

Gamesmanship: 5 thrones. Daenerys left Qarth a little bruised, a little wiser, and with enough looted treasure to buy a ship. 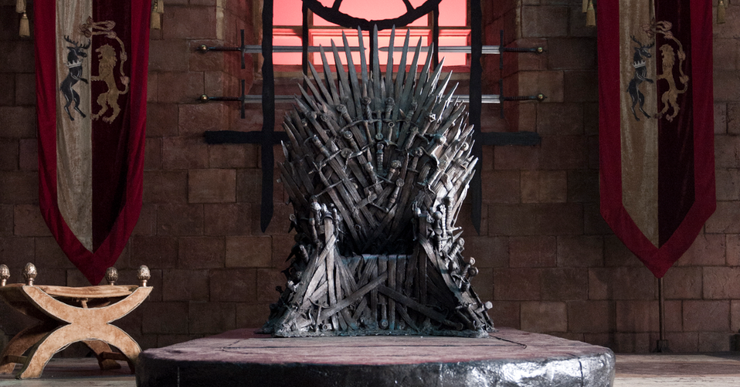 Though we didn’t actually get to see Jaime Lannister earn the name “Kingslayer,” it was definitely a pivotal moment in the family history. As Jaime tells Brienne, when he slew Aerys II, the Mad King was having a “Targaryen moment”—i.e. threatening to burn down King’s Landing and everyone in it, believing he would be reborn as a dragon. (If Jaime was so worried about people setting off wildfire explosions in the city, he should have had a talk with his own sister.) King Aerys was definitely insane, but he may have been inspired by a glimpse of a prophetic vision. They both run in the family.

Gamesmanship: 0 thrones. You win or you die. 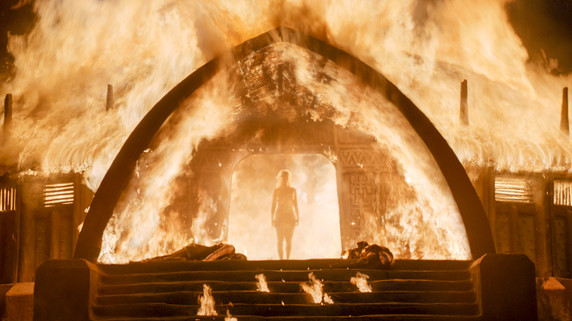 6. Back to Vaes Dothrak

How does Daenerys Stormborn wriggle out of a jam? By burning her way through. Like Jorah Mormont, we’ve seen Daenerys perform her “burn it all down and emerge from the inferno smiling calmly like a magnificent fire queen” trick before. Like Daario Naharis, we were still incredibly impressed when she pulled it off in Vaes Dothrak.

Targaryen levels: 7 loyal bloodriders. Dany got back on track, picked up some new Dothraki loyalists, and may have fulfilled the prophecy of the Stallion Who Mounts the World.

Gamesmanship: 2 thrones. To go forward, Dany had to go back. That army is impressive, but she’s still a long way from…

5. The Return of the Queen

Daenerys grew up hearing about her homeland from Viserys, but it wasn’t real to her until she landed on Dragonstone, the ancestral seat of the Targaryens. The moment she touched down, she filled with resolve: this could be the beginning of a beautiful conquest. 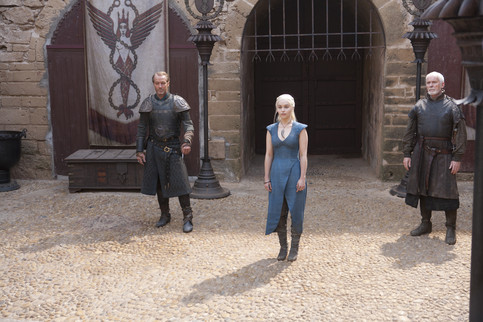 4. Astapor: Fire Walk of Punishment with Me

Torching the Wise Masters of Astapor: iconic. Asking the Unsullied to join her cause as free men: inspiring. With her expert handling of the Wise Masters, Daenerys proved her worth as a merciless warrior to be feared and a just leader to be loved. 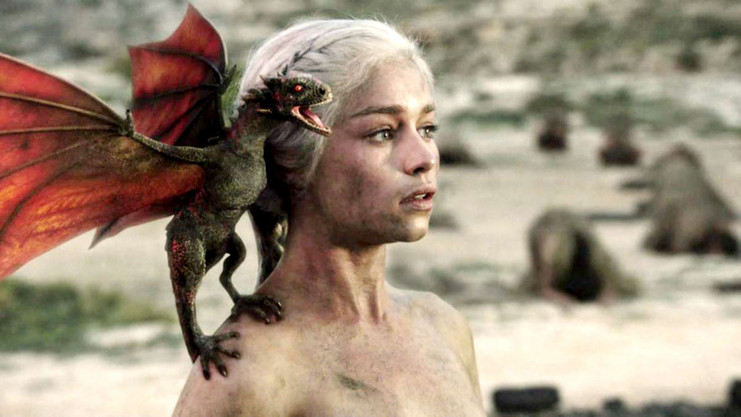 “Only death can pay for life.” Death and rebirth exist side by side on Game of Thrones, and never more so than in the first season finale. Daenerys climbed onto her husband Khal Drogo’s funeral pyre with three fossilized dragon eggs—and emerged unscathed with three newborn “children.” From that moment on, she was the Mother of Dragons.

Gamesmanship: 6 thrones. Bringing back dragons changed the world, but Dany still had a long way to go at this point.

Westerosi warriors got their first taste of nouveau-Targaryen might when Daenerys ambushed Jaime’s forces in the Reach. The Lannister supply train was no match for Drogon and the Dothraki: those who didn’t get burned met the business end of an arakh. Seeing Drogon in action was chilling (heating?) for the King’s Landing contingent, who saw for the first time what they were up against. Most chose to bend the knee, swelling Daenerys’ forces.

Targaryen levels: 10 crispy Southron lords. Daenerys put on a show not seen since Aegon the Conqueror and the Field of Fire.

Gamesmanship: 8 thrones. A rout, but Targaryen MVP Drogon took an injury, and burning recalcitrant lords alive won’t bring back many happy memories of the last time the family was here.

Like Rhaegar and Lyanna before them, Jon and Daenerys embark on an ill-advised affair that could have serious political consequences. Plus, they don’t even know they’re related. Family or not, Jon and Dany spent Season 7 drowning in each other’s beautiful eyes, and their shipboard hookup was oddly satisfying. Is falling for the wrong person a Targaryen thing, or was the union of fire and ice an inevitable conclusion to this series?

Gamesmanship: No rating. The outcome of this pairing remains to be seen: it could defeat the Night King, stomp Cersei Lannister, and usher in a dynasty of never-ending summer. Or it could go up in flames.

Chances are, the most memorable Targaryen moments are yet to come. Tune into the final season of HBO‘s Game of Thrones on DIRECTV for more fire and blood.