One of the secrets to the success of Game of Thrones is its gorgeous, incomparable locations. Since it debuted in 2011, HBO’s high fantasy powerhouse has grown famous for weaving its story across many different regions – from the balmy southern ports of King’s Landing to the cold, remote walls of Winterfell and beyond. But to bring all those different fantastical realms to life, the production had to expand to film all over the world— and face the many challenges that come with it. By Season 3, the show was shooting in four countries simultaneously: Northern Ireland, Croatia, Iceland, and Spain.

Now, with the final season in full swing and the struggle for control of the Seven Kingdoms drawing to a close, let’s take a look back at some of the incredible real-life locations that served as the backdrop for one of the greatest television epics of all time. 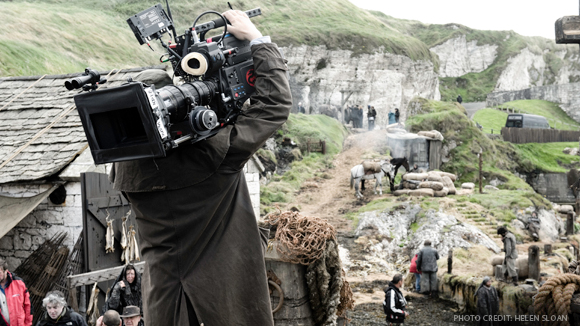 “The physical locations are incredibly important for Game of Thrones,” explains executive producer Frank Doelger. “The characters are defined by the worlds in which they come.” For Northerners like the Stark children, that world is cold and austere. The harsh beauty of the North informs their sensibilities: they’re stubborn and determined, willing to go to great lengths to protect their loved ones. No place on earth is better suited to bring that world to life than Northern Ireland.

Since the beginning, Northern Ireland has seen the bulk of the filming of Game of Thrones, thanks in part to the show’s partnership with film agency Northern Ireland Screen. The primary locations in the North are all shot in and around Belfast. Before it crumbled to make way for the Night King and his army, The Wall had long been located in real life at Magheramorne Quarry, on the shores of Larne Lough to the north. The Stark family’s ancestral home of Winterfell was shot first at Castle Ward, overlooking Strangford Lough to the south, and later on a purpose-built site at Moneyglass, northwest of Belfast.

The move from Castle Ward to Moneyglass speaks to one of the biggest challenges of shooting on location: how to balance the needs of the story with practical concerns. “No matter how much visual effects may play a part in this, when you have a real location, then what you can imagine becomes more real,” explains producer Christopher Newman. “So the trick is working out where these playgrounds are gonna be.” For a production of this scale, that means finding, in Newman’s words, “a robust location that you can maintain.” For the record-breaking Battle of Winterfell in Season 8, shot over 55 consecutive nights, relocating to Moneyglass let the crew control the environment of the set much more effectively, without the added concern of endangering historic sites or buildings.

Northern Ireland is also the shooting location for most of the show’s interior scenes. For Season 8, all interior scenes were shot in Belfast’s Titanic Quarter, a rejuvenated waterfront district named for the city’s most famous product (until now), the RMS Titanic. Thanks to the enormous scale of their headquarters there, Titanic Studios (formerly Paint Hall Studios), the production was able to construct sets and exteriors to fit the scale of the show. That even includes the exterior of the Red Keep of King’s Landing, where Cersei Lannister has been shoring up power since the end of Season 7. Previously, scenes set at King’s Landing were shot in the beautiful medieval city of Dubrovnik, Croatia, but, for the final season, story constraints forced the show to construct replicas of real-life landmarks, like the city’s Blaise Cathedral, at their Belfast stages instead. “We knew that no historical city could agree for us to shoot in it with what the script would call for,” hints Newman. 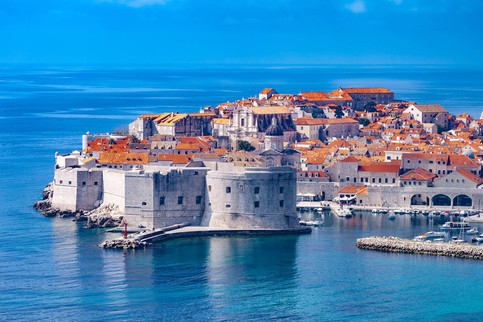 The medieval city of Dubrovnik, Croatia has been home to many exterior shots of King’s Landing—until Season 8. 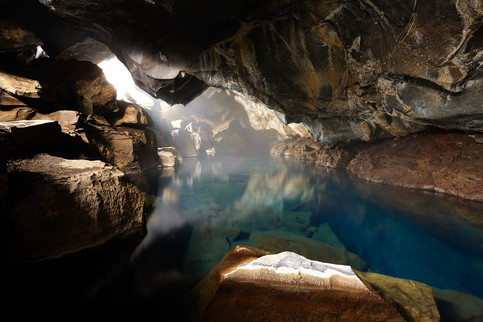 As the world of Game of Thrones expanded, the production also had to expand out of Northern Ireland. “As wonderful as Belfast is,” says Doelger, “You can’t get the spectacular sweep of locations and vistas you get in Iceland in Belfast. You can’t get the warm light, the different terrain, and the vegetation that you get in Spain.” The new locations gave the show a creative boost that nobody expected. “Iceland’s always been North of the Wall since Season 2,” explains Newman. Shooting in Iceland presented a unique challenge, as during much of the year, the crew had only five hours of light each day to get in as much filming as possible. Some of the most memorable locations they shot in included the cave in Grjótagjá, where Jon Snow and his wildling love Ygritte shared an intimate moment, and Kirkjufell (“the mountain like an arrow head”) where the epic battle with the White Walkers in Season 7 was filmed. 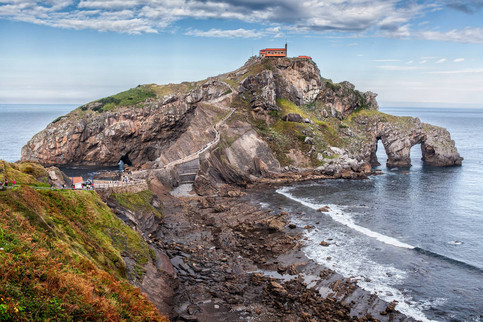 Meanwhile, Spain has been home to several different Game of Thrones worlds, including the sensual land of Dorne, filmed mainly at the Alcázar in sunny Seville, and Daenerys Targaryen’s ancestral home of Dragonstone, which was shot in the stunning peninsula of San Juan de Gaztelugatxe, northeast of Bilbao. For Season 8, the team returned to Spain for just one location: the Anfiteatro de Itálica at Santiponce, a ruined Roman amphitheatre which appeared in Season 7 as the Dragonpit of King’s Landing.

The decision to shoot in so many different areas, though challenging, gives Game of Thrones a layer of authenticity few other television shows have. Filming on location grounds the fantastical elements of the show in something real. As Kit Harington, aka Jon Snow, explains, “It just gives it a sense of reality, you know? To get that journey, that sense of them trekking across that landscape we need to come to a landscape like it. You can’t paint it in or film it in Belfast.”