Square Enix came to E3 2019 ready to play with a full slate of upcoming titles including remixes, remasters, some Japanese favorites unreleased in the West, and one featuring the most dominant superhero team in history. Assemble!

While there have been many games featuring Marvel’s Avengers along with other heroes over the years, the last “true” Avengers game we can recall is Captain America and the Avengers, which came out in arcades way back in the dark ages of in 1991. Odd, given that the Avengers have been THE single biggest entertainment property over the last decade.

But like a bolt of lightning from Mjölnir itself, Square Enix has cast down from the heavens our first look at their long awaited Avengers game from developer Crystal Dynamics and Eidos Montreal, famous for the Tomb Raider series, and it’s a Hulk-size doozie.

Kicking off in San Francisco as the city celebrates “Avengers Day”, things turn ugly as explosions erupt on the Golden Gate Bridge, forcing the team into action.

We are then treated to in-game footage of Iron Man, Thor, Black Widow, Hulk, and Captain America (who, by the way, look and sound nothing like their movie versions – that would be expensive) doing battle against what appears to Hydra Forces equipped with pulsar tanks as well as classic foes like Taskmaster and The Abomination.

While it’s not entirely clear how much of the action we saw players will actually be control of, the game will reportedly feature 4-player co-op and will eventually offer downloadable content like additional characters and maps for free. 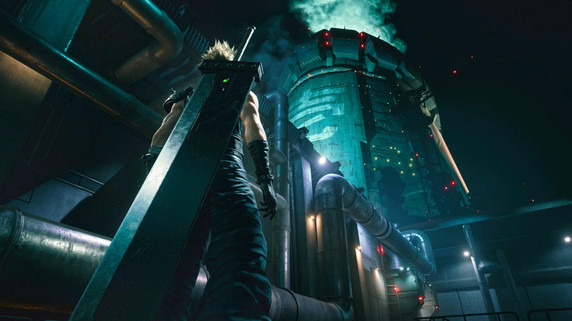 Look, if you have not played this 22-year old PlayStation classic RPG by now, you likely never will. But the fact that they’ve regularly put the original out on various platforms ever since, and the fact that people have kept buying them, should tell you something.

And now, the long-awaited Final Fantasy VII: Remake, with it’s modern day visuals, updated combat, and retelling of the original story, is almost upon us.

Of note, however, is that the entire game will not be available all at once. Square Enix are releasing the first “Midgar” portion of the game on two Blu-Ray discs on March 3, 2020, with the subsequent parts of the game to follow at a later date.

From the team that brought us Bulletstorm and Gears of War: Judgement, Outriders features 3-player co-op in a “dark and desperate sci-fi universe”, which sounds about right.

SNES classic, Romancing Saga 3, is getting an updated remake while the Japanese-only Saga: Scarlett Grace will finally see the light of day on this side of the Pacific.

Another SNES action RPG classic that never made it to the US, Seiken Densestu 3, has been remade and renamed as Trials of Mana.