The 2022 FIFA World Cup in Qatar may be the most-watched team sports tournament in history. Estimates for total viewership run as high as five billion worldwide, compared to the 3.5 billion who tuned into the 2018 FIFA World Cup in Russia. Are you pumped up for the ultimate international soccer showdown? Lucky for you, you can catch the action on DIRECTV.

Let’s take a closer look at this year’s World Cup, learn how to watch, answer some burning questions and peruse the schedule to get excited for soccer on the world stage.

The 2022 FIFA World Cup may be in Qatar, but we can still watch the matches here in the U.S. on both DIRECTV and DIRECTV STREAM.

When you watch the 2022 FIFA World Cup on DIRECTV, you’ll see every kick, penalty and goal in crystal-clear 4K.  Find matches on the following channels.

When you watch on DIRECTV STREAM, you’ll be able to stream World Cup matches on FOX, FS1, Telemundo, and Universo as well as access additional features that will help elevate your fan experience. Beyond just simply watching, DIRECTV offers additional ways to interact, plan and consume the games.

Watch el Mundial and get even more fútbol and action with DIRECTV’s ÓPTIMO MÁS™ package, offering the best English and Spanish channels.

On Channels 205 and 600, you can watch several matches at once in the Sports Mix. While on these channels, click the red button to access even more content including group stages, knockout round, upcoming schedules, results, box scores and the bracket.

Whether watching the 2022 FIFA World Cup or other games (including NBA, Premier League, NFL and more) Sports Mode on DIRECTV STREAM unlocks stats*, scores and allows for easy navigation between games alongside other features.

* Available only on the DIRECTV STREAM Device or Roku streaming device for select leagues including NFL, NCAAF, NBA, EPL and World Cup.

Watch the World Cup at your Local Bar or Restaurant

Fans can also watch the World Cup matches as well as the World Cup Experience at their favorite bars, restaurants, venues and other locations across the U.S. that are DIRECTV For Business customers. Find locations near you with the DIRECTV Sports Bar Finder App and plan ahead with the soccer schedule.

The World Cup features a total of 64 games.

Where will the 2022 FIFA World Cup take place?

It’s the first time a Middle Eastern nation is hosting the tournament. Due to Qatar’s scorching summer temperatures, the World Cup was moved to late fall, unlike the typical June and July schedule.

This is also the last time the World Cup will feature 32 teams. For the 2026 FIFA World Cup in North America, it’ll be a whopping 48 teams.

What are the eight World Cup 2022 groups?

Explore some of the team predictions to see who is ready to play the FIFA World Cup in Qatar. 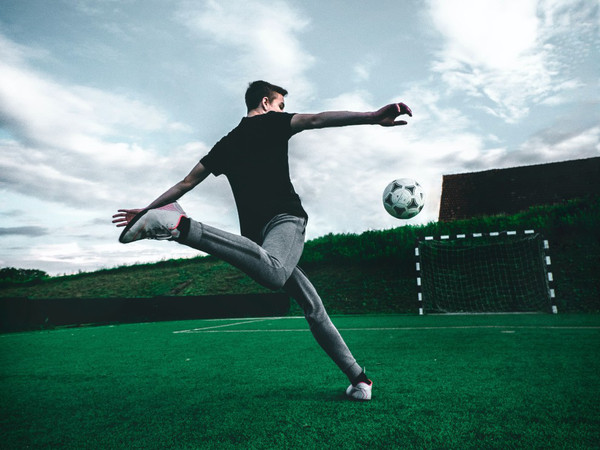