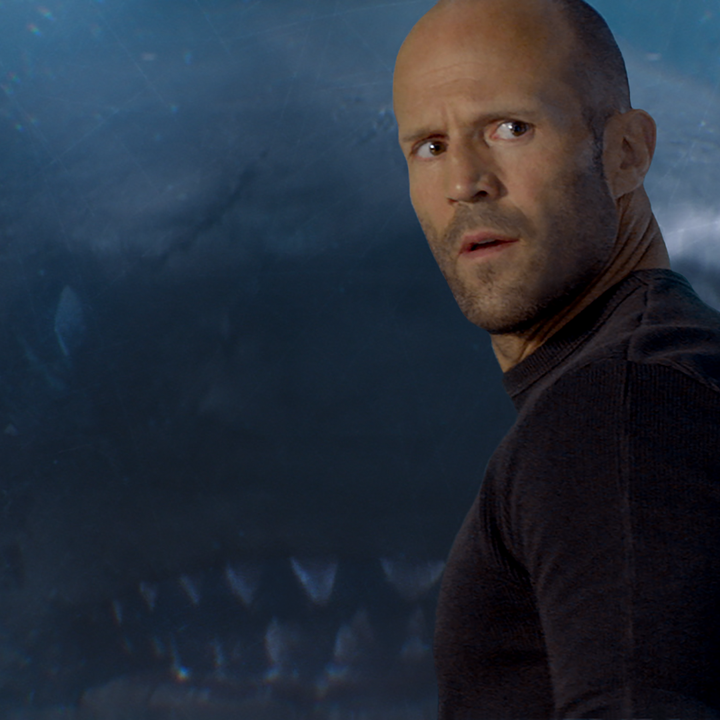 Ba-dump. Ba-dump. Ba-dump. Just when you thought it was safe to go back in the water… it’s time for Discovery’s Shark Week. The jaws-some fun starts on Sunday, Aug. 9, and runs until Sunday, Aug. 16. To celebrate this annual Ode to Sharks, we’ve compiled a list of the Top 10 sharks from across pop culture, ranked by ferocity.

What this Hanna-Barbera character lacks in ferocity, he more than makes up for with humor and musical talent. Jabberjaw (Frank Welker) was a great white shark who played drums for The Neptunes and lived in an underwater settlement in the year 2076. He was also a shapeshifter, turning into any manner of stationary objects to evade bad guys. So multi-faceted!

The only reason this big softie has even one dorsal fin is that he seems quite ferocious and dangerous… at first. But it turns out Bruce (Barry Humphries) is a vegetarian and wants to stop eating innocent fish. As he sings in his scene-stealing musical number in “Finding Nemo“: “Though we have long sharp teeth/ We’re nice sharks underneath/ We know that fish are friends, not food.”

8. The Shark Gang from Spongebob Squarepants

At first, this gang of sharks — Sharkface (Henry Winkler), Lonnie (Michael McKean), Ronnie (Clancy Brown), and Donnie (David Lander) — are a rival to Squidward’s (Rodger Bumpass) gang and at first, they seem very scary. But it turns out they just want to DANCE!

Favorite Shark Week program: “Sharkadelic Summer” because Snoop Dogg is the host and the shark gang just wants to get their groove on.

In February 2015, Katy Perry was the halftime show for Super Bowl XLIX. But amidst all of her fireworks, a star emerged in the form of Left Shark. It started during the performance mash-up of “Teenage Dream” and “California Gurls” when Left Shark — aka, the shark to Katy’s left as you looked at the TV — became an internet sensation because of his out-of-sync dance moves. It was funny and super fierce.

Favorite Shark Week program: “Adam Devine‘s Secret Shark Lair” because a meme-worthy breakout star of the Super Bowl is here for a comedian investigating the largest congregation of tiger sharks on the planet.

In the first “Austin Powers” movie, all they had the budget for were some ill-tempered sea bass. But by “Goldmember,” Dr. Evil (Mike Myers) finally got the sharks with laser beams on their heads that he always wanted. If those were real, they would be quite ferocious — they are sharks with frickin’ laser beams, after all.

Favorite Shark Week program: “Tyson vs. Jaws: Rumble on the Reef” because a boxer going up against a shark is about as absurd as sharks with laser beams.

The idea of a tornado full of sharks is indeed quite scary and somehow these sharks managed to wreak a lot of havoc in the Syfy movies, but really, if you just stay inside and wait for Ian Ziering and Tara Reid to rescue you, you’ll probably be safe.

“Shark Tank” sharks Barbara Corcoran, Mark Cuban, Lori Greiner, Robert Herjavec, Daymond John, and Kevin O’Leary are definitely the scariest non-sharks on the list. Presenting a business idea to these millionaire entrepreneurs certainly sounds as terrifying as going up against a real-life shark.

It may have come out 45 years ago, but “Jaws” still holds up. It is an incredibly well-made thriller starring Roy Scheider, Richard Dreyfuss, and Robert Shaw, and its shark continues to be a frightening menace chowing down on the residents of the fictional Amity Island.

Favorite Shark Week program: “Great White Double Trouble” because Bruce wants to know what his brethren is up to.

If there weren’t a shark the size of a school bus on this list, the sharks from “Deep Blue Sea” would be the scariest entry. They’ve been genetically engineered to be brainiac sharks! That’s just what sharks are missing — the ability to plan and scheme. They’re super smart, they can swim backward, and they are able to leap out of the water and swallow Samuel L. Jackson whole. Terrifying.

Favorite Shark Week program: “Will Smith: Off the Deep End” because the “Deep Blue Sea” sharks love rappers — they didn’t eat LL Cool J, did they? “My hat is like a shark’s fin!”

The 2018 movie “The Meg” is incredibly fun. It has all the humor and ridiculousness of something like “Mega Shark versus Giant Octopus,” but it is high-budget enough to also be very intense. It is also horrifying to think about a creature in the depths of the ocean that makes a regular great white shark look like a goldfish.

Favorite Shark Week program: “Jaws Awakens” because the biggest fictional shark in the ocean wants to check in on the biggest real-life shark, a 20-footer named Fred.