The list of cities that will serve as hosts of the 2026 World Cup has been announced as we head toward the 2022 World Cup in Qatar (which has some contention).

Among those cities are the usual suspects, New York City and Los Angeles, and locales that have become important soccer hubs, such as Atlanta, Kansas City and Seattle.

Without question, especially in a nation such as the United States, where all stadiums are built, the process of becoming a host city was undoubtedly competitive. Several worthy candidates that made the final shortlist were left off of the 11 U.S. cities that FIFA selected.

While the list of cities is undoubtedly impressive, there are a number of metropolitan areas that (for now) will be left out of the party in a few years but are more than deserving in their own right. 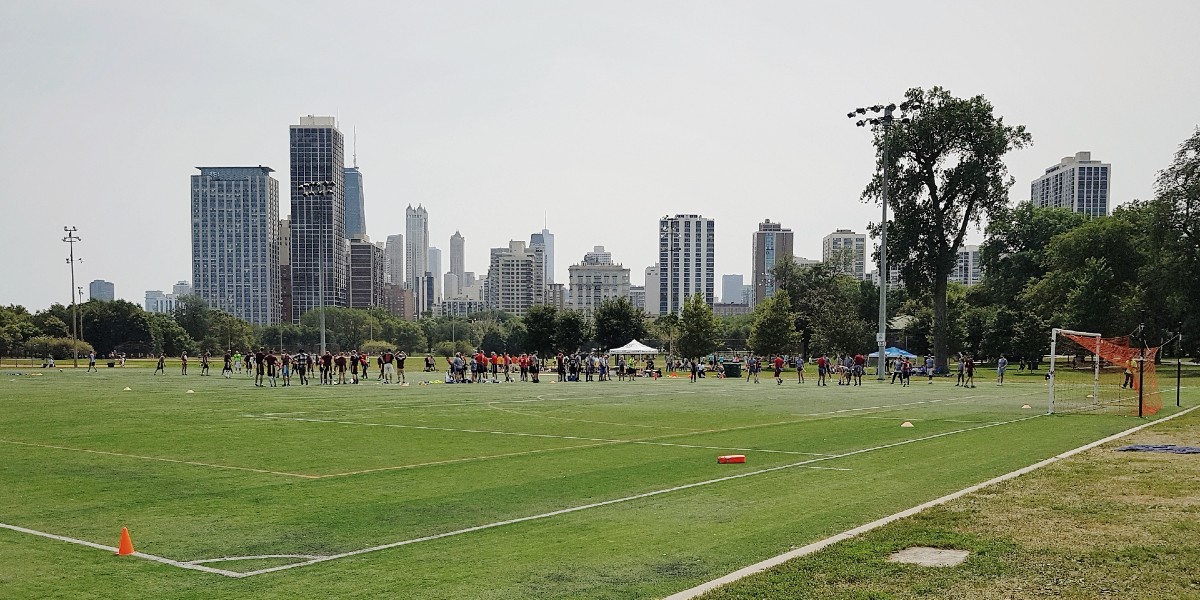 Remember the 1994 World Cup? Soldier Field in Chicago was one of the host venues and the site of its opening ceremonies that included a speech from the Windy City’s very own Oprah Winfrey.

But Chicago will be stuck on the sidelines regarding the 2026 World Cup. The City of Broad Shoulders was not even a candidate city when the United States bid for the 2022 World Cup — one that Qatar eventually won.

Supposedly, the biggest hurdle that is hindering any shot of World Cup matches being in Chicago is, believe it or not, Soldier Field — said to be too small by today’s standards. The rumblings in and around Chicago are that the Bears, Soldier Field’s primary tenant, are about to leave the lakefront stadium for a new venue and entertainment district in the suburb of Arlington Heights. 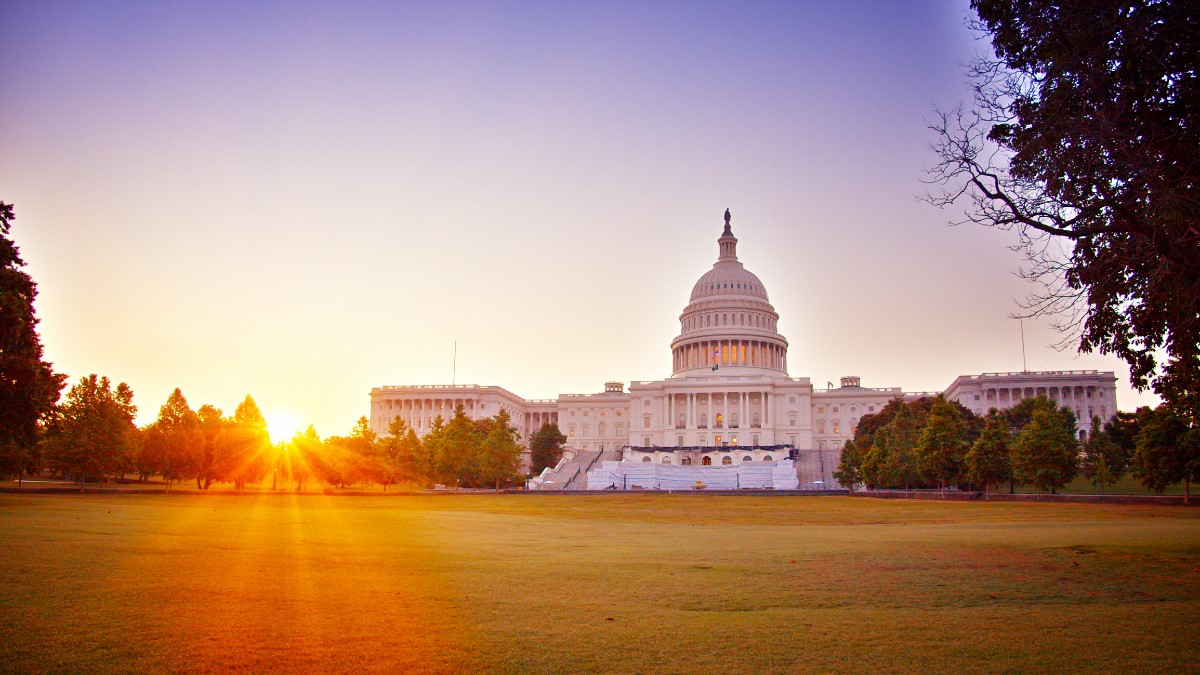 While the 2026 World Cup will be a joint effort between the United States, Canada and Mexico, only one of those nation’s capitals will be a site of FIFA matches that year.

And that nation is not the United States’ capital of Washington, D.C.

FIFA will stage matches in Mexico City, but none in Washington, D.C., nor Ottawa — the capital city of Canada.

The Baltimore/Washington, D.C. bid did not make FIFA’s final cut, and the DMV was completely shut out as a World Cup host.

There is a venue closer to Washington, D.C. — FedEx Field in Landover, Md. Except, it needs renovations, and it’s the home of the Washington Commanders. Dan Snyder (owner of the Commanders) may have little choice after Virginia, Washington, D.C. and Maryland all said no to a new Commanders stadium. 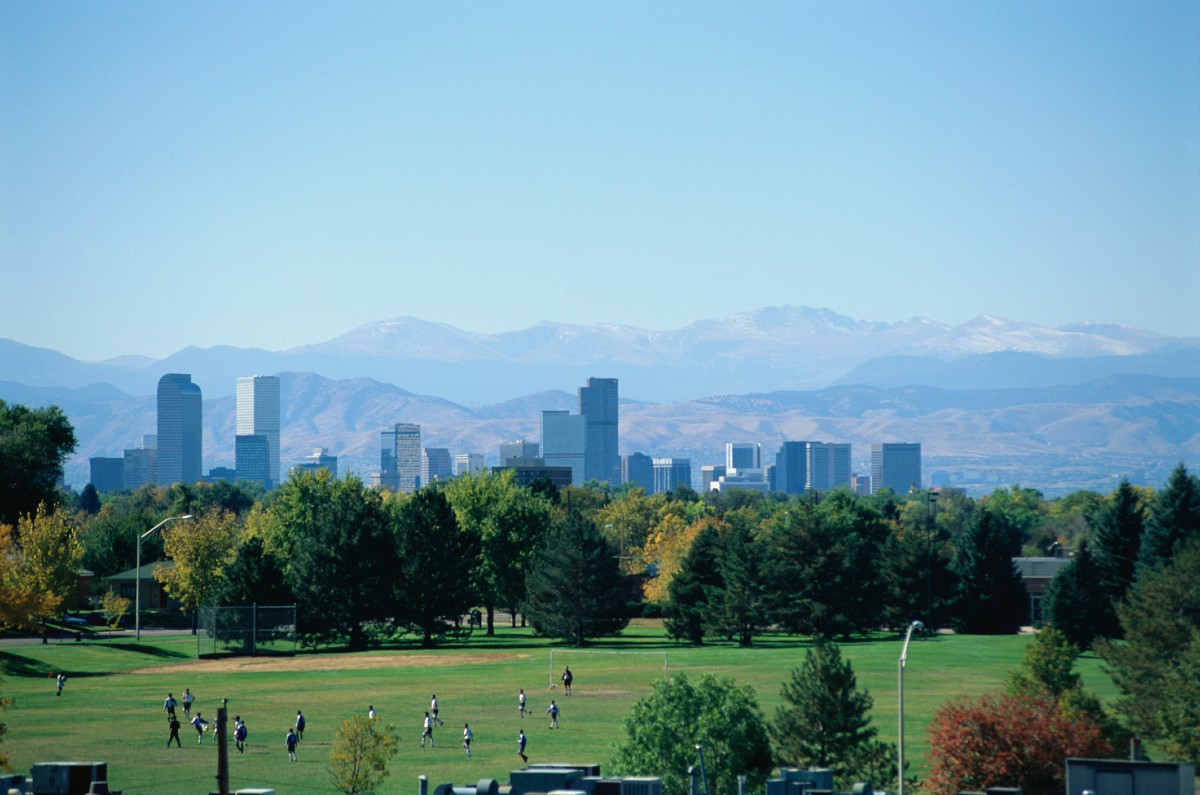 The Mile High City was in the running to be one of the host cities for the 2026 FIFA Men’s World Cup before Denver would be left out of the party in four years.

At the time of the 1994 Men’s World Cup, it would have been difficult for Denver to serve as a host, given that the Colorado Rockies used to share the old Mile High Stadium with the Denver Broncos. Now, the Broncos and Rockies have their stadiums, with the football team playing at Empower field at Mile High and the baseball team as the primary tenant at Coors Field.

Denver’s NFL stadium is sufficient to serve as a World Cup host. There is that playing soccer matches at altitude thing, but the Denver DMA was one of the strongest markets in viewership for the 2018 FIFA Men’s World Cup in Russia. 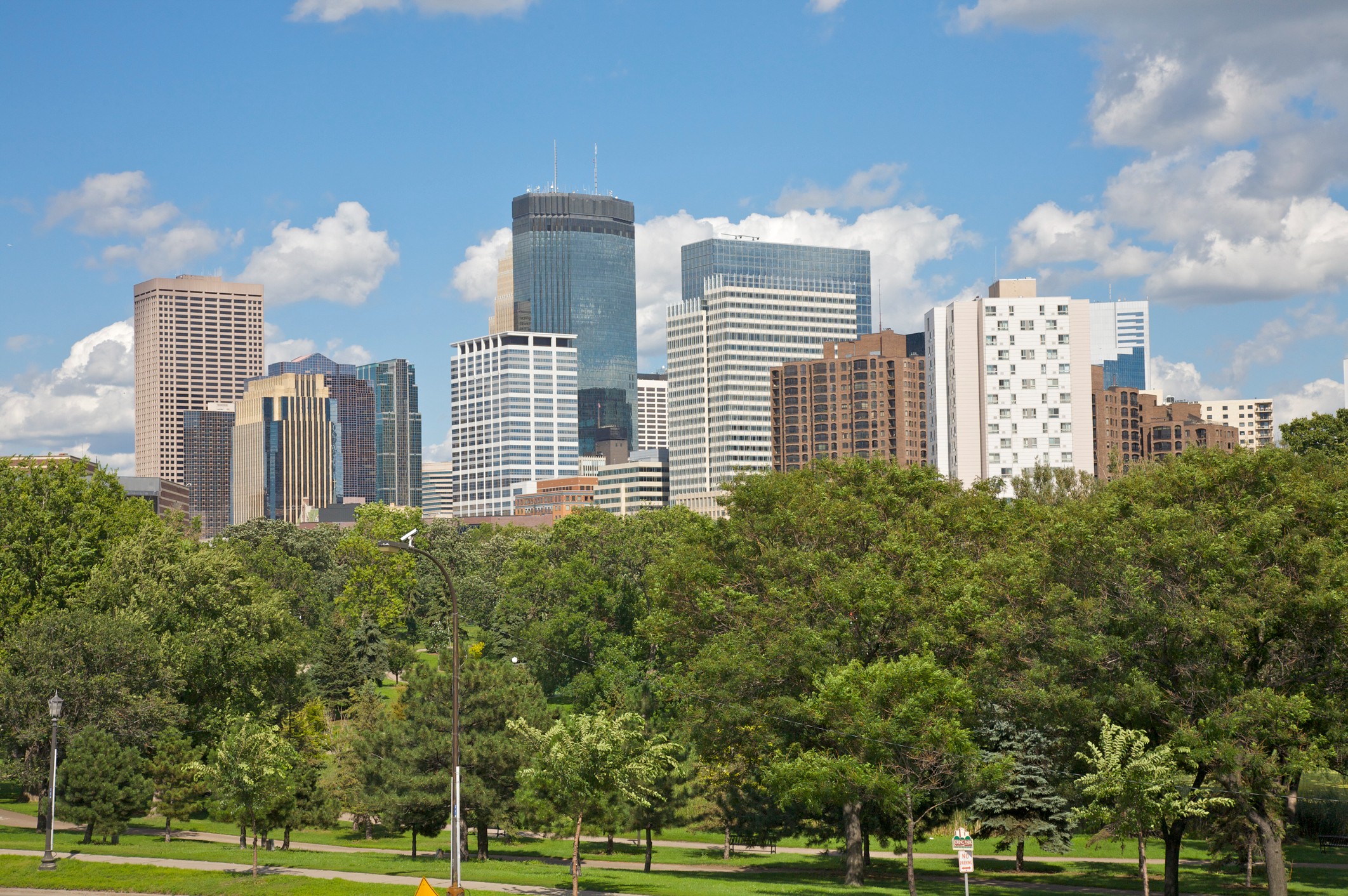 Unlike Denver, Minneapolis was another city that did not even get shortlisted onto the final list of potential host cities for the 2026 FIFA Men’s World Cup matches. That does not mean, in any way, shape or form, that the Twin Cities are not a worthy host.

The Twin Cities present one of the newer World Cup-ready stadiums in the United States — U.S. Bank Stadium, the Minnesota Vikings’ home. In addition, Minneapolis is used to hosting major sporting events. Super Bowl LII was staged at U.S. Bank Stadium in 2018. The venue also previously hosted the NCAA Men’s Final Four and the X-Games.

U.S. Bank Stadium — similar to Atlanta’s Mercedes Benz Stadium, which was chosen as a 2026 World Cup venue — also presents an aesthetically pleasing aspect with the Minneapolis skyline view from the stadium’s glass exterior.

Need more soccer in your life? Get a kick out of the English Premier League. 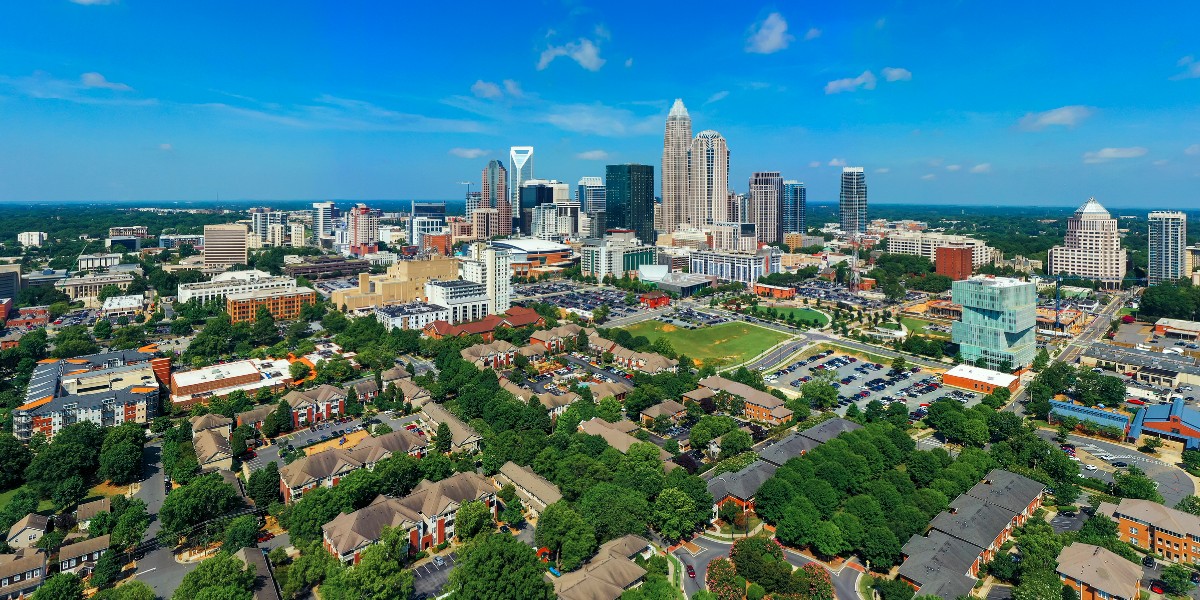 One would not immediately think of Charlotte when pondering American soccer cities. Residents in the Metropolitan area had no problems proving doubters wrong after Major League Soccer announced it would be expanding to Queen City.

Charlotte is a city typically associated with basketball and NASCAR, but the inaugural match for Charlotte FC proved that it presents a robust — and largely untapped — soccer market. Over 74,000 fans packed Bank of America Stadium for its maiden voyage vs. L.A. Galaxy.

Charlotte fell by a final of 1-0, but the more than 74,000 fans that showed up to Uptown Charlotte for the match set an all-time MLS attendance record. 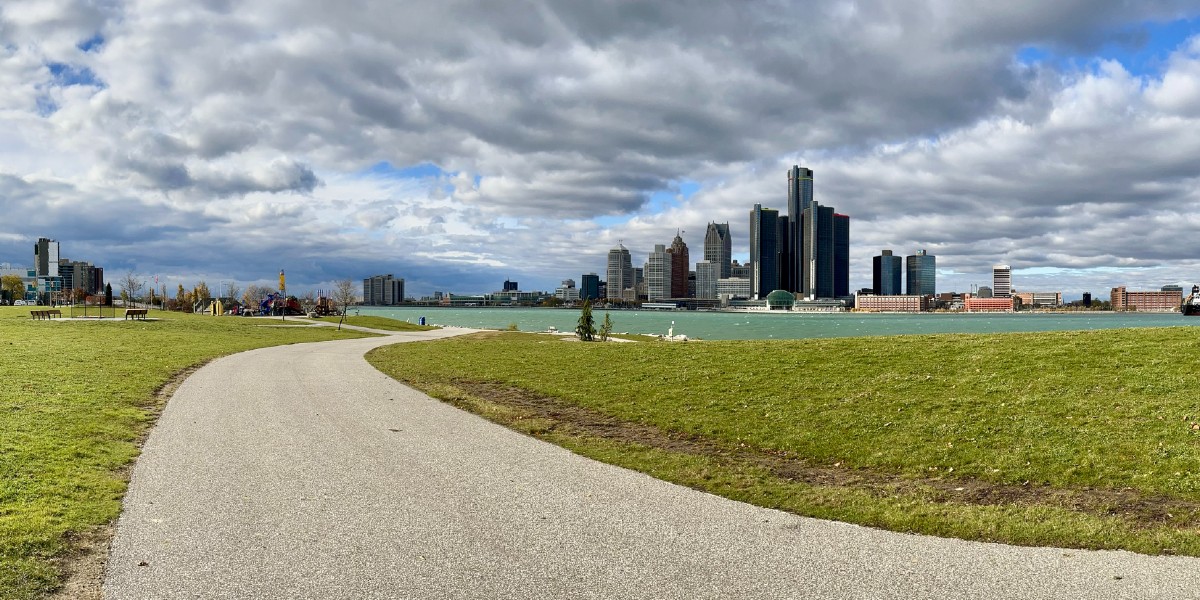 The Detroit area is no stranger to being in the World Cup spotlight. In 1994, one of the venues for the World Cup was the old Pontiac Silverdome, which was the home field of the Detroit Lions before eventually moving to Ford Field.

It is another venue for staging major events, given its enclosed status. It has been the site of the Super Bowl and the Men’s Final Four, but it was Wrestlemania in 2007 that set an attendance record of 80,103.

In addition, the area also has Michigan Stadium at Ann Arbor, which can seat well over 100,000 spectators.