7 Games to Play While You Wait for Cyberpunk 2077

CD Projekt Red, best known for the massive fantasy RPG The Witcher 3, will release its newest game this September. Cyberpunk 2077 is set in the hi-tech, neon world of Night City, and will task players with rising above the gangs, mercenaries, and capitalist swine of an augmentation-obsessed dystopia, where people shell out thousands of dollars on decking themselves out with the latest cyborg gear.

And while you’re waiting for Cyberpunk 2077, which will be a first-person shooter kitted out with full-fledged RPG mechanics, there are a variety of games to keep yourself occupied. The following seven games aren’t all necessarily tied to the cyberpunk genre, but even the ones that don’t include flashy lights and pricey gadgets that will scratch that futuristic twitch-shooting itch at your fingertips. Here are seven games to keep yourself busy in the coming months before Cyberpunk 2077 launches for PC, PlayStation 4 and Xbox One.

Deus Ex is an immersive sim, meaning that it’s a game designed to make all of your actions palpable. Unlike other games, where your more mundane actions might be insignificant in the grand scheme of things, Deus Ex ensures that everything you do matters.

Boasting a cyberpunk setting and featuring guest appearances from real-world conspiracy institutions such as the Illuminati and the Templars, Deus Ex enables you to augment yourself with certain abilities in order to create a build with which to tackle the dystopian society you’re doomed to endure. The series includes Deus Ex, Deus Ex: Invisible War, Deus Ex: Human Revolution, Deus Ex: The Fall, and Deus Ex: Mankind Divided. 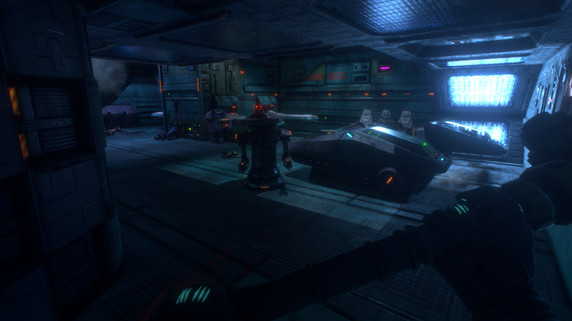 System Shock and its sequel, System Shock 2, are action-adventure games set in a cyberpunk dystopian future. The original game is set in 2072 and tasks you with putting a stop to the nefarious machinations of an AI unit named SHODAN.

Playing as a hacker, your goal is to solve puzzles and defeat enemies while exploring a large space station that has been overrun by SHODAN. System Shock features massive, dystopian megacorporations, journeys into cyberspace, and a variety of enemies ranging from malevolent robots to mutant scientists. It’s probably one of the best games to play to get you in the mood for Cyberpunk 2077, in that it is scientific, inquisitive, and totally, harrowingly cyberpunk in every sense of the word. 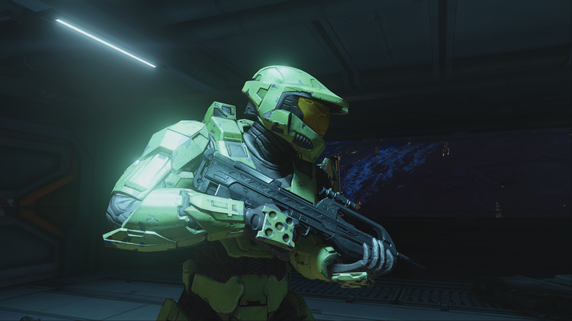 This might seem like an obscure choice at first because the Halo series certainly doesn’t share its aesthetic with the neon-drenched skyline of Cyberpunk 2077. However, after witnessing some of the gunplay in Cyberpunk 2077’s gameplay trailer, it’s worth considering that playing through the recently-remastered, hyper-mobile Halo could help to shift your mechanical mind into the correct gear.

Halo features aliens instead of cyborgs, uninhabited spacecraft instead of skyscrapers, and a devastating array of planet-purging rings as opposed to the devious gangs of Cyberpunk 2077. However, it features a remarkable range of hi-tech and abstract weaponry, boasts a futuristic setting that has yet to be paralleled in most other sci-fi games media, and will almost certainly tide you over until you can substitute living vicariously through Master Chief for donning your best augmentations as Cyberpunk’s V. 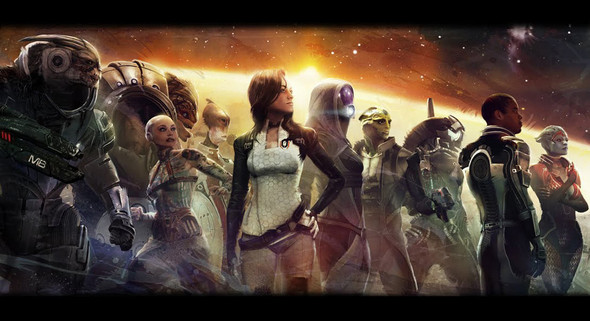 Mass Effect falls somewhere between Halo and Cyberpunk. Its got all the skyscrapers and bright lights of the latter but is still set in space, as opposed to the dark recesses of criminal-overrun Night City.

However, all three games feature biotic abilities, gun augmentations, and wonderfully riveting stories featuring some of the most remarkable characters in gaming history. If only for the fact that the Mass Effect trilogy will take quite a while to complete, these are definitely games to invest in if you’re interested in keeping yourself occupied during the four-month wait for Cyberpunk 2077. Also, it’s totally worth it just to see how Commander Shepard dances. 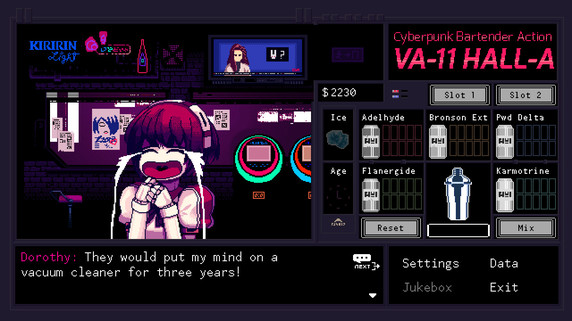 Unlike Halo and Mass Effect, VA-11 Hall-A is definitely a cyberpunk game. However, it’s not quite as invested in guns, in that it doesn’t actually have any. Instead, you play as a cocktail-slinging bartender at one of the most popular dive bars around town. The town is dystopian, and your clientele comprises of some pretty interesting people.

Make your own playlist to start off each day, chat to thirsty down-and-outs at the bar, and be sure to get your orders right as you learn all about a dystopian universe set 50 years in the future by flaunting your inherent bartender charm and lending an ear to those in need. 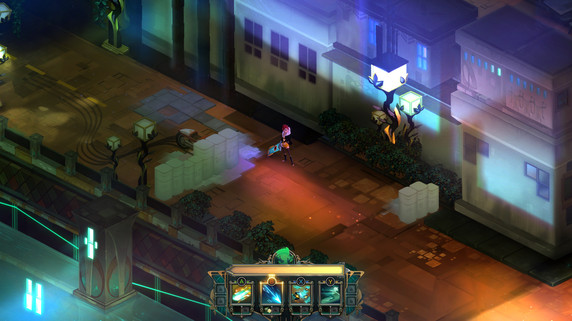 Developed by Supergiant Games – known for hugely successful indie experiences such as Bastion, Pyre, and Hades – Transistor is set in the futuristic city of Cloudbank. You take on the persona of Red, a former musician who must use the Transistor – which happens to be a gigantic sword – to defeat a terrorist group using a robotic force to oppress the city.

Like most good cyberpunk stories, Transistor’s antagonistic force consists of people who are supposed to be good but have turned to systemic corruption out of greed and a hunger for power. As your voice – your very livelihood – is absorbed into the sword, you are tasked with protecting Cloudbank from the encroaching Process, and proving that the sun can still rise in a cyberpunk world. 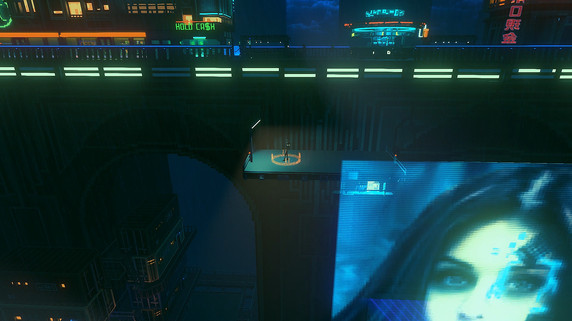 Cloudpunk is the most recent title on this list, having launched in April 2020. Out of all of the games here, this one looks the most like Cyberpunk 2077, with a decent amount of Blade Runner thrown into the mix.

Playing as Naina, you’re tasked with exploring the techno-colored city of Nivalis, all the while making sporadic deliveries for the semi-legal company who recently hired you. There are all kinds of people to interact with in Nivalis, including androids and AI units – after a while on the job, you’ll notice that there’s more to the city than you initially imagined.