Join the fight for the living. Donate blood.

On a hot March day in Austin, TX lines are down the block to experience Bleed For The Throne, the Game of Thrones activation at SxSW. Partnering with the American Red Cross, HBO delivered an afternoon that was part blood drive, part immersion, all Westeros.

Ducking inside Fair Market, I was suddenly transported out of the Texan sun and into the throne room. Ahead of me, the Iron Throne sat vacant, guarded by Lannister soldiers, with the American Red Cross illuminated behind it. A full choir in white robes sang melodies from the show, including this chestnut.

As I waited for for my number to be called, I amused myself by downloading the event’s Snapchat filter and taking a #FortheThrone worthy selfie. I tried excited and concerned but ultimately settled on braced for sacrifice. I think it works, don’t you? From there, I was taken back to the actual blood drive part – pretty standard procedure but it felt good to give back (truth be told, I haven’t participated in a blood drive since college. My bad). Also, the bandages were branded specially for the event which was a fun treat! 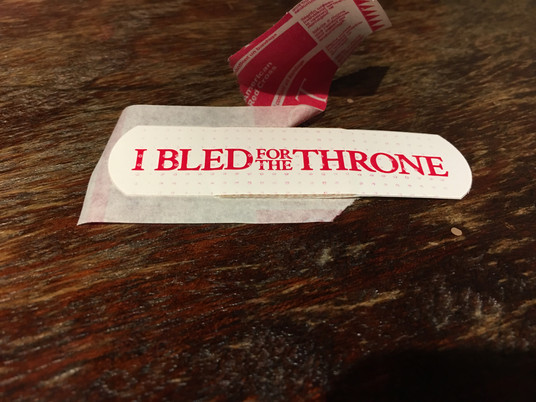 Once we had all had our juice and post-donation snacks, those who courageously bleed for the throne were brought to an audio-visual experience that allowed us to walk in the footsteps of characters on the show who also shed blood. 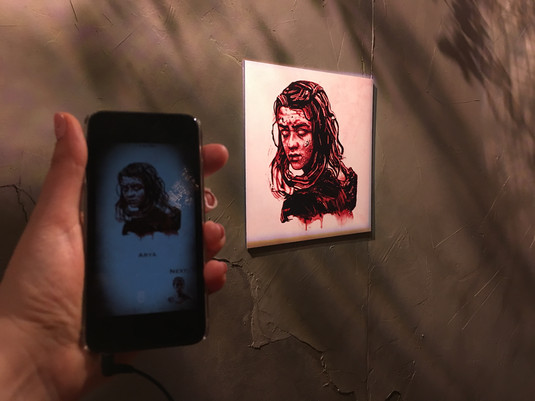 Specifically, we relived Arya fighting the Waif, Cersei’s walk of shame, Jon Snow being stabbed in the back (and everywhere else) by his Night’s Watch brothers, and Tyrion’s harrowing encounter at the Battle of the Blackwater. The last one was certainly the most jarring as I rounded the corner of a dark hallway and came face-to-abdomen with The Mountain.

As we wrapped that up, we were ushered to the Throne Room where a Red Priestess read our names from a book of the chosen and we were asked to Bend the Knee and pledge ourselves to fight for the living in the War for the Dawn. As the choir sang and I knelt down, the Priestess whispered to me: “The Lord of Light has a plan for you.” Even in the extreme heat, I did get a little chill down my spine. 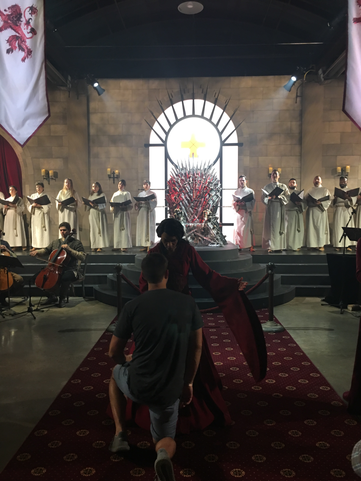 I also got this nifty Hand of the King pin! 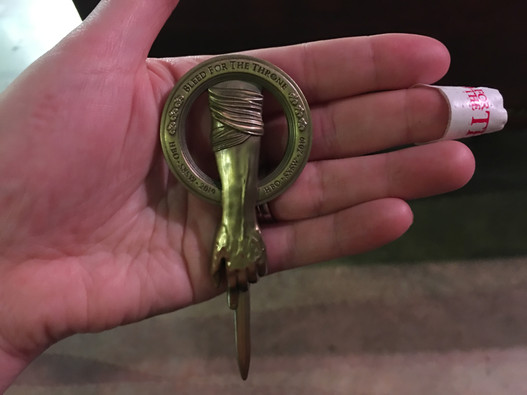 But the festivities were far from over! I stepped out into the sunshine to find the courtyard was filled with tents and musicians and actors who look like they stepped right off a Game of Thrones set! 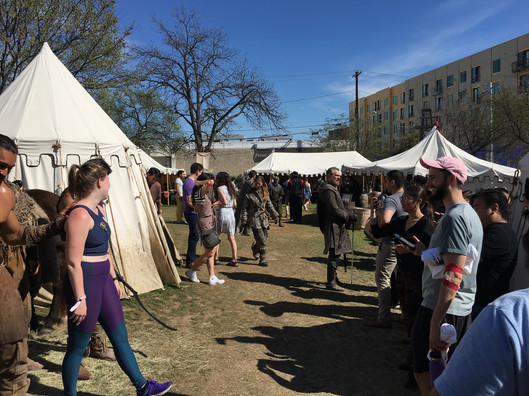 I encountered a group of Dothraki bloodriders and their horse – but I didn’t back down. Just call me Khalessi because I fit right on in! 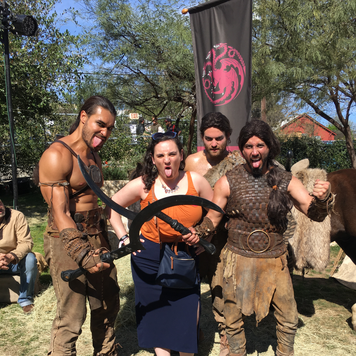 I also found a Stark bannerman and discussed the King in the North Jon Snow with him. Despite being so far South, he seemed at home. 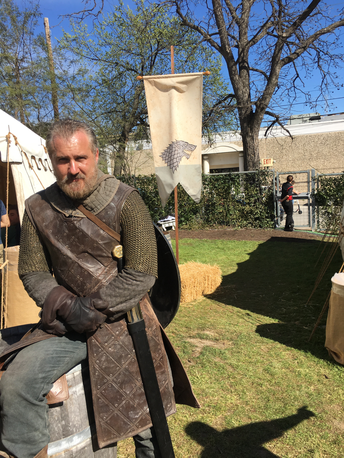 At that moment, a ladybug landed on my drink. The bannerman reacted with delight, calling it an omen that I would survive the war to come. Well, I’ll take that! 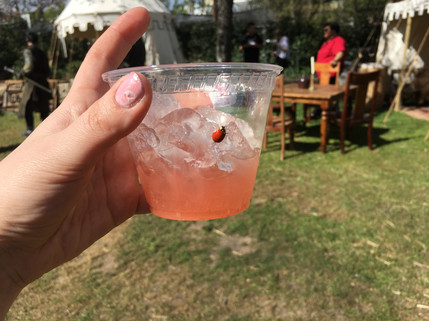 Bring it on Night King, we’re ready for you!

Game of Thrones returns to HBO on April 14th. Rewatch the series with us before the final season begins!