Four months into the pivot to the lion’s share of live music being delivered largely via live streams, a host of shows, charity events and even festivals are cropping up in with varying levels of interaction that herald deeper engagement for both fans and brands.

The evolution is both promising and necessary. While a virtual show will never replace the communal sway and sweat of an in-venue experience, fans fatigued by mediocre one-way music delivery need more immersion, and artists need ways to earn more money for themselves and the causes they support.

Enter live-streaming 2.0. On any given night fans can find a growing number of primarily DJ performances on platforms complete with shout-outs and emoticons. Wave last month launched the “One Wave” immersive series with artists including John Legend and Tinashe. Events staged within online gaming platforms are rising up. Hello, Travis Scott.

But with this brave new world of larger-scale immersion comes a whole lot of learning.

Witness the failed Rave Family Block Fest, which promised a massive virtual experience this past weekend with more than 85 artists housed entirely within the online game Minecraft. Promoted performers included Gryffin, Paris Hilton and A-Trak, who were to take stages, some intricately modeled after real-life locales like the Red Rocks Ampitheatre. General admission tickets sold for $10, buzz was heavy.

But the gathering was doomed out of the gate. For starters, a sizable percentage of ticket holders were unable to navigate the Minecraft maze, despite a promised a pre-fest “training camp” for non-gamers. Even more sobering, turned out the performances couldn’t actually be streamed through the game.

The Genius Live show, which was simulcast on YouTube Live, Instagram Live, Facebook Live and Twitch, was free for to view and vote in advance the set list. Fans could pay $10 to join a closed Zoom watch party. A cool $100 enabled fans to request a shout-out during the show; $200 bought the opportunity to ask the artist a question.

Both the shout-out and question features sold out during the show, and “the private watch party option was the breakout hit feature of the night,” a Genius Live exec says.

Nashville indie band Rainbow Kitten Surprise will try a pay-to-play format tomorrow (July 14) night. Hosted by Topeka, a service that connects fans within a live interactive video, the limited-viewership, ticketed benefit offers GA access plus two premium packages that include requests and acknowledgement, limited-edition merchandise and a signed set list from the band.

Aside from the good business sense that needs to accompany any show—like clear communication prior to the event, and over-delivering on the experience promise—here are some tips from the trenches on powering up a live interactive virtual event:

Optimize Experiences Fans Wouldn’t Be Able To Get in Person

Virtual stages provide engagement opportunities that couldn’t exist in a live environment. That’s the reason the industry likely will see a continuation of immersive stand-alone or complementary online shows even when touring returns.

“The two-way conversation you get from a live stream is unique,” says Nick Merola, creative director at energy beverage company GFuel, which sponsored the Knights show. “If you’re playing at a live event, you can’t talk to the guy at the back of the stadium and ask what they think of this set. But if you’re streaming at your house, you can have your monitor to the side and see all of the chat in real time and interact with people who are listening and acknowledge it as you’re playing.”

As with all live events, run of show is paramount. Artists going deeper with fan interaction need to make good on promises of shout outs, giveaways and other engagement—especially for fans laying out big bucks—but they also need to get through their set list.

“We’ve learned along the way, these experiences are always better when the viewer has been transformed into a participant,” Petrocelli says. “Can you over-engage? I haven’t really come across that. Genius is very aware of their platform and their audience, and they had a terrific run of show for the first Genius Live concert with Wiz Khalifa. They had a prehow with DJ S.WHiT and an engaging host, Rob Markman. If you just wanted to watch the show, you had that option free, plus you could vote on the artist’s set list for free, or you could go to the other levels.”

The virtual environment is a fertile field for artists, managers and promoters to think out of the box. While they ultimately fell short on delivery, Rave Family was on to something as it built its virtual event: It empowered performers to help book other artists, which exponentially increased participation.

Performers, and brands, also can optimize an array of fan connections, as long as they’re authentic. An artist who works with headset company HyperX, a sponsor of the Wiz and Friends activation with the Knights, games with fans.

“When he’s not DJ’ing he uses Twitch to game with other DJs, and they have a segment where they allow their fans who’ve been watching their stream to actually squad up and play with them,” says Daniel Kelley, director of marketing. “This type of environment gets fans that much closer to the artists they love, but in a different way. Gaming is something that can truly be a binding agent.”

Just like in the live touring environment, fan engagement across social platforms tends to spike around virtual concerts, with live chats lighting up during a show.

While this is exactly the scenario an artist hopes for, GFuel COO Jack LoParco sounds a word of caution. “It’s important to have someone moderate the chat to make sure nobody’s getting bullied in the chat. There are a lot of things that go into making sure everything is done right and people are happy,” he says. “The biggest thing is letting fans know they’re appreciated and they’re safe.”

This article was written by Cathy Applefeld Olson from Forbes and was legally licensed through the NewsCred publisher network. Please direct all licensing questions to legal@newscred.com. 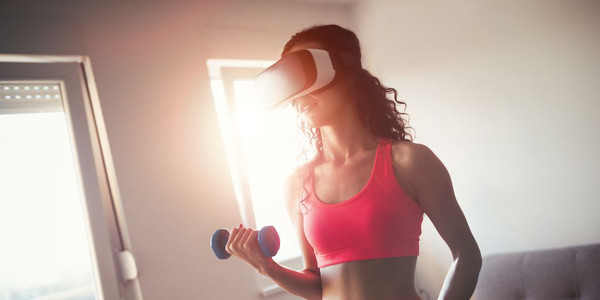