George R. R. Martin insists that he is still working on Winds of Winter. Fans have been waiting for the sixth book in his A Song of Ice and Fire series for over a decade. And they expected the book to be finished before the final seasons of Game of Thrones. But as the whole world knows, that’s not what happened.

Now, Martin says that the story is changing as he writes. This means that Game of Thrones fans will get something they’ve always wanted — a different ending. 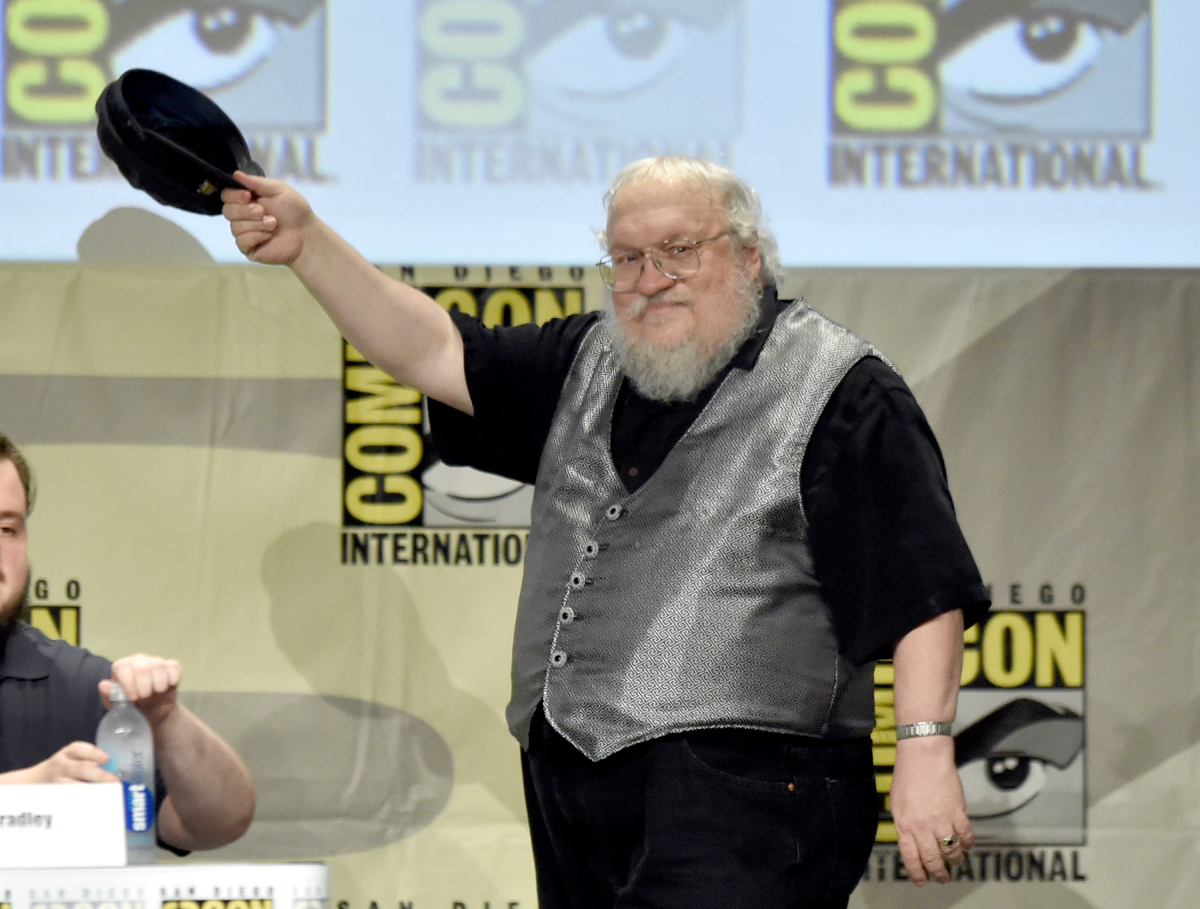 For years, Martin has promised fans that the next installment in his seven-book fantasy novel series was on the way. But they’re still waiting for book six, The Winds of Winter, and book seven, A Dream of Spring.

The author confessed to PBS in Chicago last year that he never thought the TV series would catch up with him — much less pass him — because he had a “five-book head start.” But when it became apparent that would happen, Martin met with showrunners David Benioff and D.B. Weiss.

The author told them what he was planning to do in the final books, so they could write the series ending accordingly. They did use the elements that Martin told them, but they distorted his storyline and wrote their own ending.

The author confirms he is giving fans what they always wanted

In a recent post on his “Not A Blog,” Martin admitted that one of the most common questions he gets from fans is “will A Song of Ice and Fire end the same way as Game of Thrones?”

He explained that was a difficult question to answer because as a writer he is a “gardener,” not an “architect.” So, the story is changing as he writes.

“An architect would be able to give a short, concise, simple answer to that, but I am much more of a gardener. My stories grow and evolve and change as I write them,” Martin wrote.

“I generally know where I am going, sure … the final destinations, the big set pieces, they have been in my head for years … for decades, in the case of A Song of Ice and Fire. There are lots of devils in the details, though, and sometimes the ground changes under my feet as the words pour forth.”

The author continued, explaining that he knows his final two books will not be the same as the final seasons of Game of Thrones. He refused to give any details about Winds of Winter, but he insisted “I am working on it, I have been working on it, I will continue to work on it.”

“What I have noticed more and more of late…is my gardening is taking me further and further away from the television series. Yes, some of the things you saw on HBO in Game of Thrones you will also see in The Winds of Winter (though maybe not in quite the same ways)…but much of the rest will be quite different.”

“And the ending? You will need to wait until I get there. Some things will be the same. A lot will not,” Martin concluded.

All eight seasons of Game of Thrones are now playing on HBO Max.

This article was written by Perry Carpenter from The Cheat Sheet and was legally licensed through the Industry Dive Content Marketplace. Please direct all licensing questions to legal@industrydive.com.