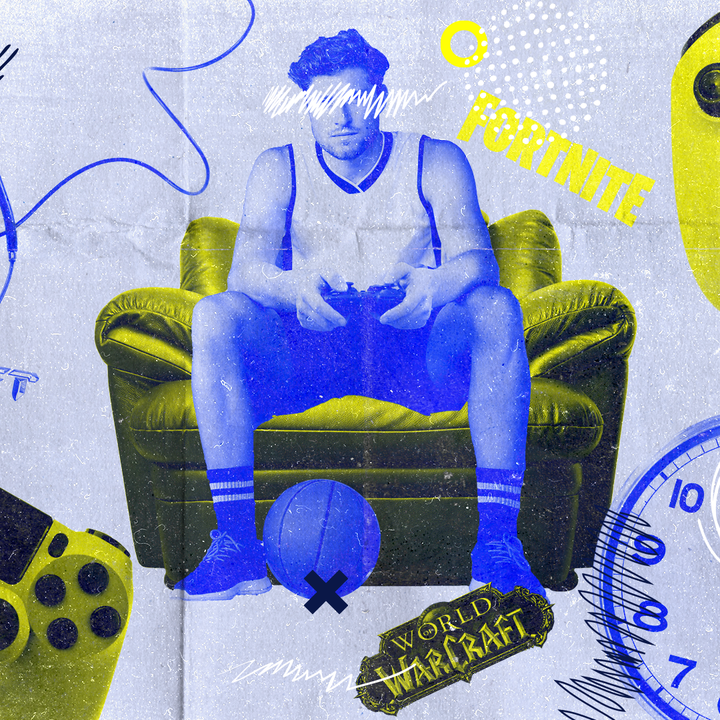 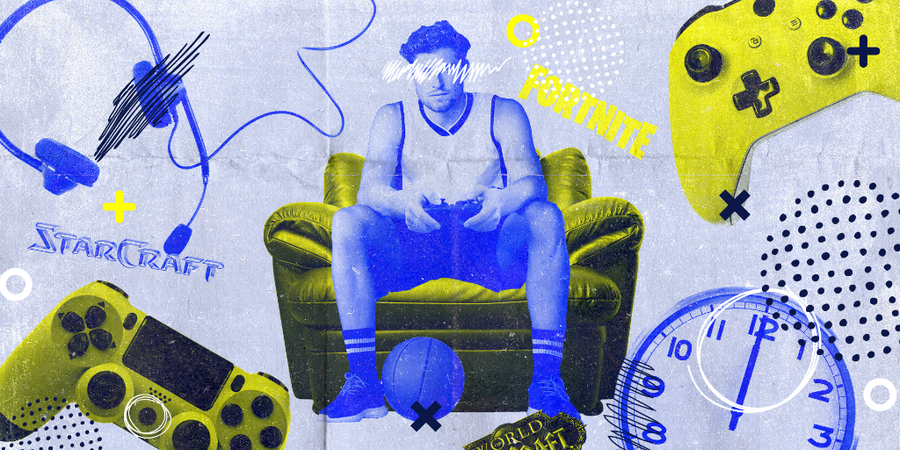 Your favorite NBA player probably has a favorite esports player

Forget on-court stats. With the NBA now a 24/7/365 league, fans want to know what players are doing outside of the 48 minutes on the game clock. The most likely answer? Playing video games.

The average NBA player has a surprising amount of time on their hands. Even if they train for four hours and sleep for eight, that leaves 12 hours of the day. For NBA generations past, this spare time wasn’t always wholesome; going out on the town, drinking, gambling or all of the above sunk many a team’s chance of winning on the road.

But as gaming has become more popular in culture at large, it’s seen a parallel rise within the league. With today’s crop of NBA talent having come of age as console and mobile gaming became ubiquitous, it’s estimated that 85% of the league are avid gamers. Some keep it casual, with the odd Overwatch session after practice. But others are professional-level good, and some have even invested in esports teams.

Meyers Leonard of the Miami Heat, who recently joined the FaZe Clan, frequently posts his Fortnite games on Instagram. Los Angeles Lakers star Anthony Davis told reporters earlier this year that he enjoys playing Madden to unwind. And Philadelphia 76er Ben Simmons finds that playing video games is the perfect way to unwind after training while honing the hyper-competitive edge every player needs to succeed at his day job.

“I think it’s cool to game now,” Simmons told ESPN last summer. “I think people thought it wasn’t cool to game and be out there and let everyone know you’re a nerd about how much you play; but for me, I love it. After this, I’ll probably go home, eat and play for four hours with friends and talk s—. Playing video games is fun for me. I love it.”

Gaming also helps bring a sense of normalcy to lives that are anything but. When Gordon Hayward signed with the Boston Celtics, his first domestic task was to set up his custom gaming rig in his new apartment. (Hayward even credited gaming with helping him recover from a broken hand; playing some of his favorites, like League of Legends and Fortnite, helped keep his fingers limber in advance of returning to action.)

Longing to be normal is a common refrain.  “Just because I make a bunch of money and I play in the NBA, that doesn’t matter to us,” the 27-year-old Leonard told The Athletic. “We just want to be normal people who will say hello if you say hello to us. You shouldn’t feel shy if you want to say something to us. We’re not closed off. We have real-world problems just like everybody else.” Video games, then, are a way for a seven-foot-tall elite athlete to blend in. Everyone looks the same from the wrists down.

Gaming has exploded in popularity over the last decade, but its roots run deeper than that. As with many NBA trends over the last 25 years, it all started in San Antonio.

For basically their entire run as an elite NBA franchise, from the mid-1990s to the present day, the San Antonio Spurs excelled at keeping things quiet. The media might catch word of something like Gregg Popovich’s love of group dinners and wine, but all-time great Tim Duncan always operated within a cone of silence. Until a few years ago, when word got out about his favorite hobby during the Spurs’ championship runs: gaming.

During an appearance on the Road Tripping podcast with Channing Frye and Richard Jefferson, Frye revealed that he would often stay up until the wee hours of the morning playing World of Warcraft with Duncan. If that anecdote weren’t proof enough, a video leaked on Reddit last year of the 1999 San Antonio Spurs title team playing a group game of Starcraft during the 1999 NBA Finals. (Tim, what else were you hiding behind those giant jeans?)

Duncan is now an assistant coach for the Spurs. It’s hard to believe that the gamer inside him has gone dormant, even as scouting opponents and breaking down film has left him with less time behind the controller. While today’s players may never match his five championships, 15-foot bank shot, or questionable fashion choices, they’re carrying on his legacy as a bunch of gamer nerds.

Compared to NBA vices of the past, gaming generally gives players a harmless way to pass their considerable downtime. But there are cautionary tales too, according to Andrei Kirilenko, who would often battle Frye and Duncan at World of Warcraft.

According to Frye, the former Jazz All-Star was obsessed, and had “multiple max-level characters,” which he says “could have been sold for $100,000 each.” Frye tells a story about being up at 3 a.m. the night before a game he was going to get a “DNP” and playing WoW, before seeing Andrei Kirilenko’s character run across his screen. Frye sent him a message in the game: Aren’t you playing tomorrow? Kirilenko’s response: Yeah, probably. Spoken like a true gamer.