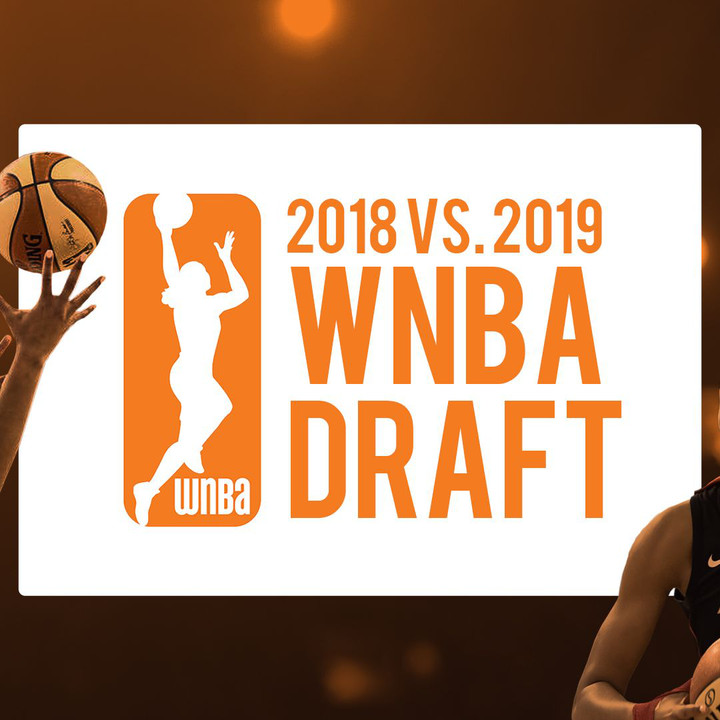 Professional sports drafts are an exercise in fit. The WNBA Draft represents an especially tight squeeze.

Every April sees scores of talented basketball players who either complete their collegiate eligibility, enter the draft early (which players can do if they turn 22 the calendar year of the draft), or display promise overseas (where the draft age for the WNBA is just 19).

But there are only 144 roster spots in the league. And, unlike in the NBA, the relatively low maximum salaries mean there’s not a huge financial advantage for teams to build rosters around rookie contracts.

Still, a significant number of young players are too talented to be denied, and both the 2018 and 2019 drafts have treated fans to a number of must-watch additions to the league.

Which of those two draft classes reigns supreme? While it’s still a bit early to tell for sure, sports fandom wouldn’t be half the fun without these kinds of arguments. Let’s take a closer look at the 2018 and 2019 WNBA draft classes and pick our own imaginary winner.

The 2018 first overall pick and Rookie of the Year inserted herself into the upper tier of the WNBA right away, earning All-Star honors in each of her first two seasons and taking the Las Vegas Aces from basement dweller to the fringes of playoff contention to the upper tier of the league. The 6’5” Wilson changes games all by herself with a wide array of offensive moves, while her length and quickness allow her to guard 4s and 5s alike. She’s the best player to enter the league in the last two seasons, and one of the best players in the league of any age.

DeShields took a circuitous route to the WNBA, leaving Tennessee after the 2016-17 season to play overseas for a year. The Chicago Sky are happy about that after selecting her third overall and immediately inserting her as a starter. The hyper-athletic 6’1” wing can do it all: score as needed, shoot from the perimeter, and defend guards and even bigger wings with flair. She’s an All-Star in 2019, and will be for many years to come.

The quality of play from Ariel Atkins in her rookie season surprised even Mystics head coach Mike Thibault, who planned to bring the seventh overall draft pick along slowly. Instead, Atkins started 24 of the team’s 34 regular-season games, becoming an indispensable rotation member capable of guarding anywhere on the perimeter at a rangy 5’11, and exhibiting a veteran’s level of court awareness during Washington’s march to the WNBA finals. It’s been more of the same so far in 2019, and a big part of the Mystics’ championship aspirations rests on Atkins’ ability to exploit the openings created by all the defensive attention paid to primary scorers Elena Delle Donne and Kristi Tolliver.

Kia Nurse was projected as the steal of the 2018 draft the moment the New York Liberty grabbed her at tenth overall, and she’s proven that to be true ever since. She helped New York immediately in her first season, playing in all 34 games and delivering important perimeter shooting, defensive intensity in the backcourt, and even some time at point guard. But she’s taken a leap forward in her second year, becoming an All-Star starter while dramatically improving her efficiency. The Liberty, long Tina Charles’ team, are now building around the two of them.

It’s hard to find a more exciting watch in this league than Kelsey Mitchell, whose incredible quickness and creativity with the ball made her the second overall pick by the Indiana Fever. Her ceiling is unknown, in part because few possess her physical gifts and ability to improvise. But she continues to score in bunches for Indiana, while she’s cut down her turnovers dramatically, a big reason the Fever have improved in 2019.

Jordin Canada has stepped in as a capable starting point guard with Sue Bird absent in Seattle…Gabby Williams is an emergent 3-and-D threat for the Sky…Maria Vadeeva has been limited by injuries and overseas obligations, but gives the Sparks a dynamic stretch-5 threat…Marie Gulich is a critical pick-and-roll frontcourt performer for Nicki Collen’s Atlanta Dream…Lexie Brown has found a home in Minnesota, where she’s an important perimeter scorer off the bench for Cheryl Reeve…After the Liberty cut her last season, Mercedes Russell has turned herself into the starting center for the defending champion Storm…Azura Stevens has only been limited by injuries thus far as the 6’6″ shot-blocker and perimeter shooter the Wings envisioned.

That’s an awfully strong team. But let’s see how they measure up with the 2019 class.

Indiana Fever head coach/GM Pokey Chatman vowed to bring her third overall pick along slowly, but quickly scrapped that plan, with the 6’7”, uber-strong McCowan forcing her way into the starting lineup to do precisely what she did in college at Mississippi State. McCowan rebounds like few others (she’s on pace to set the rookie record for rebounds), blocks shots as well as anyone in the league, and can score on a variety of moves around the rim, always there for the put-back.

The lone 2019 All-Star among this season’s rookie crop, Collier came out of UConn as the sixth overall pick pro-ready, as so many of Geno Auriemma’s players do, and immediately entered Cheryl Reeve’s starting lineup. Collier is broadly skilled on offense, a capable secondary playmaker plus long-distance shooter. On defense, she exhibits the versatility that’s so vital in today’s league, jumping passing lanes to create turnovers, and contributing on the glass. She makes very few traditional rookie mistakes, and she’ll be an essential cog in this league for many years to come.

Few had Cunningham on the list of most important rookies, but that only fueled the ultra-competitive Missouri product and 13th overall pick that much more. She’s stepped into Sandy Brondello’s rotation for the Phoenix Mercury, delivering much-needed offense at positions 1 through 4 while Diana Taurasi recovers from back surgery. At 6’1”, Cunningham can get her own shot, either by launching her immediately reliable three-point shot over the top of smaller defenders or by forcing her way to the basket.

The likely Rookie of the Year was snubbed at All-Star Weekend, but no one questions her ability to make the big shot, and all the other ones, too. Selected fifth overall, she took on an immediate lead role for Dallas with Liz Cambage traded and Skylar Diggins-Smith out on maternity leave. Despite being first on opposing scouting reports, Ogunbowale leads the Wings, and all rookies, in points per game, combining range from deep with relentless driving for immediately impactful offense. Diggins-Smith is expected back later this season, and watching the two of them figure things out together will be must-see TV.

The top overall pick in the 2019 draft has been thrust into prominence as the point guard for a Las Vegas team with championship aspirations. She’s more than acquitted herself so far, ninth in assists in the league overall and tops among rookies heading into the All-Star break. Her efficient offensive game, plus the athleticism that should make her a perimeter shutdown defender, are why she was picked first despite leaving school a year early.

Kalani Brown entered the league with a pro-ready skill-set, and has given the Sparks vital minutes as an old-school five…Asia Durr is an effective lead guard for the Liberty, with only injuries limiting her so far…Marina Mabrey is among the league leaders in steals, while giving Chelsea Gray breathers at point guard for the Sparks…Marine Johannes only recently arrived in New York after completing her overseas obligations, but has a next-level quickness and one of the sweetest three-point shots in the game…former Iowa Hawkeye Megan Gustafson has turned into an important rebounder and efficient post scorer for the Dallas Wings…Maite Cazorla continues to shoot the ball well and find her teammates in Atlanta, just as she did for Kelly Graves at Oregon…Katie Lou Samuelson has been limited by injuries so far, but her three-point shot is every bit as deadly in Chicago as it was playing next to Napheesa Collier at UConn.

The real fun comes picturing these two teams going at it. As the starting center for the ’19s, McCowan presents a real size issue for the ’18s, who would probably have Wilson guarding her. On the defensive end, the ’19s would send Collier at Wilson, a better matchup for the Aces’ big. But the ’18s present their own matchup issues. Who, between Ogunbowale and Young, would guard Kelsey Mitchell?
Ultimately, a battle of these two draft classes would come down to bench play, and the depth of the 2018 WNBA draft is just going to overwhelm the ’19s. I’m calling a win for the 2018 team, but it’s close. And I’d sure love to find out for sure.
Your move, WNBA.
Keep up with every non-hypothetical WNBA game all season long on DIRECTV.

It takes years of practice, hard work, determination and luck ...

Just about everybody agrees: Baseball games are too long. But ...

The Big Ten has finalized a monumental media-rights agreement inspired ...

During college football season fans of all kinds come together ...

Mexico earned the hosting rights for the FIFA World Cup ...

Watching sports at home is fun, but it’s not the ...

Plenty has been written about the winners. This is about ...

NFL fans across the country just got another way to ...