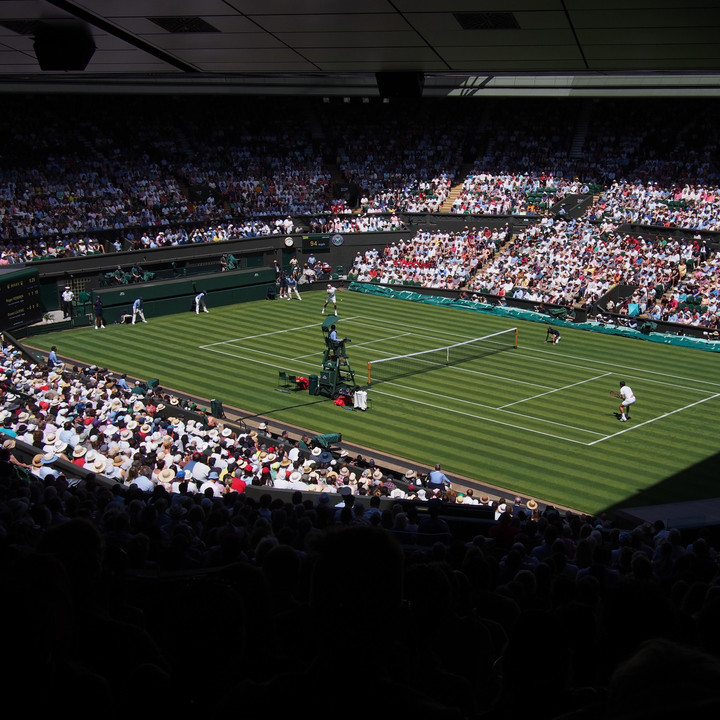 Wimbledon 2022 is June 27 through July 10 and will feature some of the best rated tennis players of all time. This year’s event will adhere to long-standing traditions, while also implementing some new rules, ensuring even more reason to watch. Explore this guide to find out how to watch, who will be there, and more.

Also referred to as The Championships, Wimbledon is the oldest and most prestigious of the four Grand Slam tennis tournaments (which also include the French Open, U.S. Open and Australian Open. Each year, the event is held at the All England Club in Wimbledon, London on traditional outdoor grass courts.

Players compete for their share of £40 million (nearly $50 million), which is a considerable increase from the Wimbledon 2021 prize. Another change for this year’s event is that there will be matches on Middle Sunday, which has been a rest day in year’s past.

Over the fortnight of June 27-July 10, The Championships will boast both Gentlemen’s and Ladies’ matches each day, even on Middle Sunday.  From the first round to the Wimbledon final, see the full schedule below.

Gentlemen’s and Ladies’ Singles First Round

Gentlemen’s and Ladies’ Singles First Round

Gentlemen’s and Ladies’ Singles Second Round

Gentlemen’s and Ladies’ Singles Second Round

Gentlemen’s and Ladies’ Singles Third Round

Gentlemen’s and Ladies’ Singles Third Round

Gentlemen’s and Ladies’ Singles Fourth Round

Gentlemen’s & Ladies’ Doubles Round of 16

Mixed Doubles Round of 16

Gentlemen’s and Ladies’ Singles Fourth Round

Gentlemen’s & Ladies’ Doubles Round of 16

How to Watch Wimbledon 2022

DIRECTV’S enhanced coverage of Wimbledon will include a featured mix of up to six channels at once, and an array of interactive features including Live Scoreboard, Today’s Schedule, Draws, Player Bios, My Players and more.

Who Will Be There?

Between the gentlemen and ladies singles, there are 128 players, including eight wild card entrants each (which is how the significant return of Serena Williams came about). Other significant potential Wimbledon 2022 players include Carlos Alcaraz, Coco Gauff and Iga Swiatek.

Much like other major sporting events like the Kentucky Derby and Indy 500, there are many superstitions and traditions associated with Wimbledon. Below are some of the more well known still practiced today.

Grass Courts:  Unlike many other tennis championships, Wimbledon has stuck with the original grass court.

Dress Code: Wimbledon is known for its strict dress code of all white attire for its competitors. This tradition has been around since the tournaments origination in 1877. Paired with the grass court, we can only imagine the grass stains.

Strawberries and Cream: This unorthodox concession is served at Wimbledon and has become the quintessential snack of the tournament.

Regal Attendance: Expect to see the Royal Family at the event seated in their Royal Box, and maybe see the competitors acknowledge their presence with a curtsy or bow.

Middle Sunday: The Sunday that falls in the middle of Wimbledon’s two-week run is called Middle Sunday, and has been traditionally a rest day. However, for 2022 The Championships will take place every day over the two-week period (including on Middle Sunday). This has only happened three times before, due to inclement weather.

Ready to watch the serves, volleys, smashes and deuces during Wimbledon 2022? When you love-love (see what we did there?) sports coverage, keep it close for all the latest news, coverage and details on how to watch.

Get DIRECTV today to make sure you don’t miss your favorite sports content from Wimbledon and beyond.