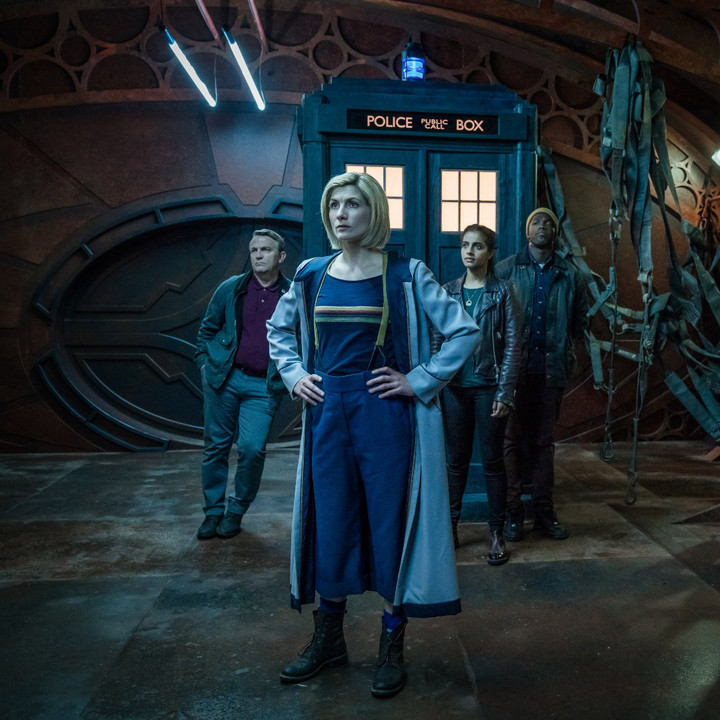 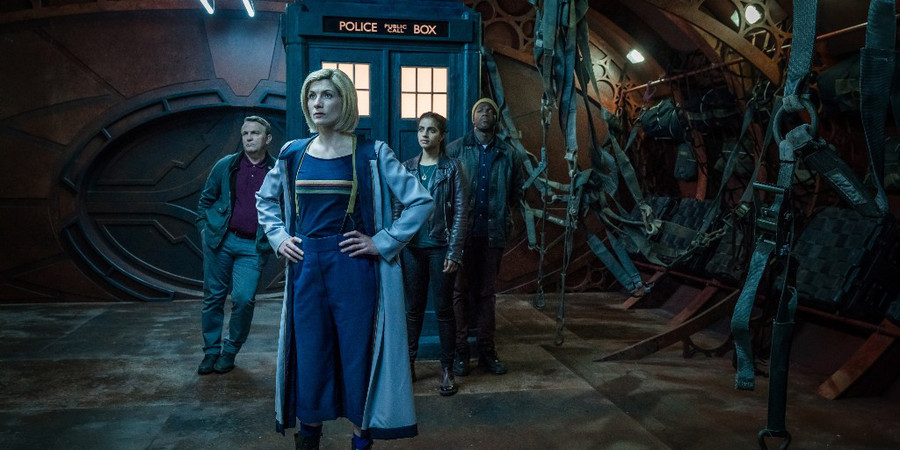 We are living in unprecedented times. Most of us are stuck at home, frustrated by the state of the world, stymied by boredom, anger, despair, or some combination of the three. At a moment like this, all of us could use a little escape, a little kindness, and a reminder that even though it’s a big old universe out there, it’s possible to change it for the better.

One sea of sci-fi tranquility to escape to coming up.

The recently launched HBO Max is the new home of “Doctor Who,” the long-running BBC series about the exploits of a time-traveling alien in a big blue box. And we don’t say “long-running” lightly — the first episode aired on November 23, 1963. You won’t find every episode on HBO Max (because, geez, that’s a lot), but you will find 11 seasons of the rebooted series, which launched in 2005 and is still going strong 15 years later.

Chock-full of exploits across time and space, from Ancient Rome to the final days of the universe, “Doctor Who” is first and foremost a rip-roaring adventure show. You may be stuck on your couch, but the Doctor can go anywhere, and anywhen, with the pull of a few levers. It’s also a show about hope, looking out for the little guy, and unlikely heroes facing impossible odds. And, like the Doctor, the series always comes back for more.

If you’re a newcomer who wants to dive in but is daunted by the prospect of more than half a century of lore, don’t worry — we’ve got you covered. Here’s what you need to know before you take your first spin in the TARDIS.

The Doctor is a nigh-immortal alien called a Time Lord. Rather than dying, the Doctor regenerates, waking up in a brand-new body each time. 13 different actors (and then some) have taken on the role, from William Hartnell in 1963 right on up to Jodie Whittaker, who became the first female Doctor in 2017. What began as an ingenious way for producers to keep “Doctor Who” going by perpetually recasting it became essential to the show’s ethos: change, mutability, and on-the-spot reinvention. Actors who’ve played the Doctor in the 11 seasons available on HBO Max include Christopher Eccleston, David Tennant, Matt Smith, Peter Capaldi, and Whittaker, who’s still currently in the role.

Though “Doctor Who” can spin out into complex territory, the show’s central premise is pretty simple: The Doctor travels across the universe in a ship called the TARDIS (which stands for “Time and Relative Dimension in Space”), helping those in need and getting in and out of sticky situations. The TARDIS looks like a 1960s English police box, but as the Doctor is fond of repeating, it’s “bigger on the inside” — and it can go anywhere in time and space. A given episode might find the Doctor battling ghosts in 19th-century Cardiff with Charles Dickens, uncovering a corporate weight-loss conspiracy in 21st-century London, or rescuing an alien whale from the bowels of a 33rd-century spaceship. There’s something here for everyone, whether you’re into space operas, historical intrigue, or contemporary comedies of errors.

The universe is an awfully big place to explore alone, so the Doctor usually takes along a companion or three on their travels. They tend to be humans who hail from contemporary Britain, and they’re usually people that the world dismisses as ordinary but the Doctor finds extraordinary. It’s the bond between the Doctor and their companions that’s the beating heart of “Doctor Who.” The resurrected series began with Eccleston as the battle-worn Ninth Doctor and Billie Piper as Rose Tyler, a shop-girl from working-class London who goes on to save the universe a few times over. Actors including the likes of Catherine Tate, Alex Kingston, and Matt Lucas have taken a turn in the TARDIS passenger seat over the years. Whittaker’s 13th Doctor has a whole trio in tow, played by Mandip Gill, Tosin Cole, and Bradley Walsh.

The Doctor has naturally picked up a few enemies in several millennia of being alive. There are a lot of one-off villains both human and extraterrestrial, but some come back for more. To name just a few, there are the Daleks, aliens who look like metal salt shakers with plungers attached, but are actually a terrifying totalitarian army; the Cybermen, living beings converted into cyborgs who’ve had all their emotions sucked out; and the Weeping Angels, who look like statues but will zap you back into the past and feed off your life force if you’re not careful. But the Doctor’s greatest nemesis is probably the Master, a fellow Time Lord who lives to sow chaos and destruction.

The series has changed creative hands a few times over the years, and each new showrunner brings their own flavor to “Doctor Who.” Depending on your taste, you may prefer Russell T. Davies (Seasons 1-4), whose stories are heavy on character development and unafraid to be both silly and profound; or Steven Moffat (Seasons 5-10), who favors twisty plots and high theatrics; or current head writer Chris Chibnall (Season 11 onward), who began with single-episode storylines but is reinventing the entire mythology of the Doctor. Each of these eras of “Doctor Who” can feel like an entirely different show. But if one leaves a bad taste in your mouth, you can always skip to the next showrunner — or the next Doctor.

So…Where Should You Start?

Eleven seasons can feel like a lot to tackle. But one unique feature of “Doctor Who” is that, as long as you don’t mind not knowing every bit of backstory, it’s okay to skip around. Each time the Doctor regenerates or picks up a new companion, the show provides a natural entry point for newbies. Still, we recommend starting right at Season 1, Episode 1, “Rose,” because you’ve probably got a lot of spare time on your hands right now — and a lot of time and space to explore.