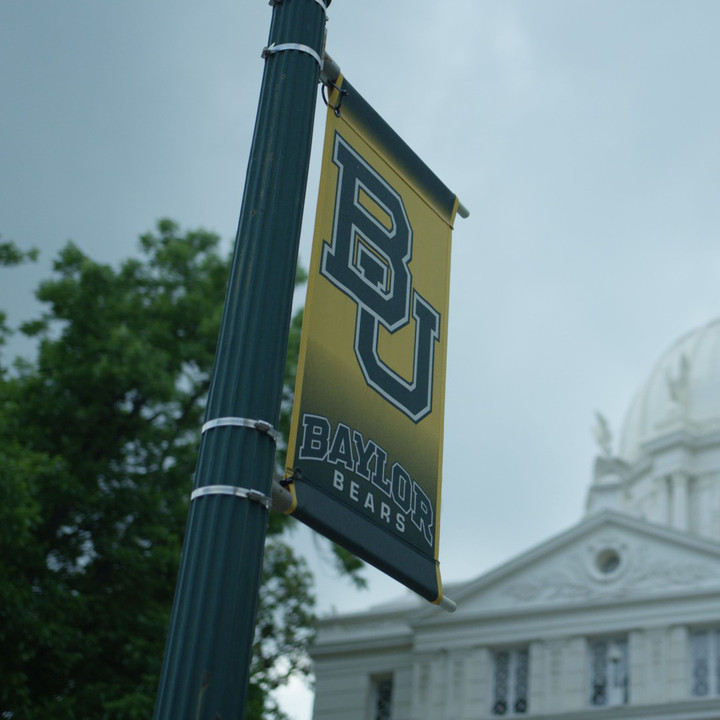 What “Disgraced” Says About the State of Amateurism and College Sports

During the summer of 2003, Baylor basketball player Patrick Dennehy disappeared and was later found murdered. Between June 12 and July 25, the sordid circumstances surrounding his case captured national attention.

In “Disgraced,” a new documentary now available on SHOWTIME, director Pat Kondelis, who has carved out a niche as a heavyweight in the sports documentary realm with “Outcry” and “The Scheme“, utilized live interviews with detectives, teammates of Dennehy, his parents and even ignominious Baylor coach Dave Bliss to chronicle what transpired in the wake of Dennehy’s disappearance. “Disgraced” is arguably his best work yet and in 2018 the film earned the Sports Emmy for Outstanding Long Sports Documentary.

Had this documentary ended with the arrest or conviction of Carlton Dotson, the person Dennehy was closest to on the team, “Disgraced” would still be a compelling real-life murder mystery. However, the nadir for those involved wasn’t found until Bliss posthumously threw Dennehy under the bus to save his own skin in recordings that upended Baylor’s entire basketball program. They also gave a grotesque peek into the corrupting influence that billions of dollars pouring into the pockets of NCAA and member institutions have had on college sports.

Bliss’ downfall began in the days after Dennehy’s girlfriend reported her boyfriend’s NCAA violations to garner more federal investigative assistance to the search. After Dennehy’s body was found, the focus at Baylor shifted to whether Dennehy’s $40,000 tuition, Chevy Tahoe and apartment were being paid for by anyone connected to Baylor.

Rouse decided to begin recording Bliss and passed his findings on to a reporter for The Dallas Morning News. Many of the chilling recordings featured Bliss coaching players and assistants to corroborate his fictional stories detailing Dennehy’s rampant drug use. In one such recording, Bliss is overheard callously explaining, “There’s nobody that can say we paid Pat Dennehy because he’s dead.”

Bliss’ desperation was indicative of the ways in which the NCAA has essentially subverted the values of its participants, in this case so dramatically that he was more willing to upend the investigation of the murder of his player and smear the deceased than face NCAA penalties. In any other situation, paying a student athlete’s tuition is the model of altruism that would be celebrated.

He continued, “I had allowed the world of competitive athletics to take me to a world that is dark and devious. I tried to wake up from the nightmare, but it just wasn’t to be.”

In 2005, Bliss was slapped with a 10-year show-cause penalty, which imposed sanctions on him or any school that would attempt to hire him. However, Bliss’ perverse debasement of the coaching profession ran deeper than Baylor.

“Disgraced ” also details how Bliss’ tenure as the head basketball coach at Southern Methodist University during the late ’80s when their football program was cratered by the NCAA’s death penalty. It was the sports equivalent of a nuclear bomb that rendered SMU football radioactive for decades. However, the message wasn’t received by the second-most prominent coach on SMU’s campus. Bliss’ career emerged unscathed when he resigned amid the inquiry, but in 2003, a leaked NCAA memo that had been swept under the rug, from 1988 confirmed he’d also been involved in facilitating payments to players. Nevertheless, the NCAA swept it under the rug and left SMU’s athletic department in tatters.

It may seem comforting to view Bliss’ pattern of unscrupulousness as an isolated circumstance, but his obscurant behavior was part of a moral crisis that’s permeated throughout major collegiate sports.

In 2010, Bliss was hired by a prep academy in Texas but was handed a two-year suspension for a “lack of institutional control” mere weeks into his first season. Upon the expiration of his show-cause penalty, Bliss returned to the college ranks as head coach of NAIA-member school Southwestern Christian University. He was forced out two years later when Showtime’s documentary aired.

Rouse has been blackballed from the college coaching community since the Baylor scandal, and the 2003 “Outside the Lines” roundtable segment about the Baylor scandal sheds some light on why. During the discussion, Coach K, Jim Boeheim, and Kelvin Sampson asserted that it was improper for Rouse to betray Bliss by recording his conversations.

Watching these venerable coaching titans abdicate their moral leadership is jarring, but not entirely surprising. Sampson was handed his own show-cause penalty by the NCAA due to a preposterous amount of impermissible phone calls he made to recruits. In 2015, Boeheim was suspended by Syracuse, and sanctions were imposed on his program while he went on a crusade against his own players going pro early.

During an even more stunning moment in “Disgraced,” Bliss continued justifying his actions by alleging that Dennehy was selling drugs to “all the white guys on campus” and claiming that the authorities and the Baylor administration were aware of his illicit activity.

In the end, neither Bliss nor Baylor learned a lesson, and Bliss’ scandal was merely the gateway to more ethical corruption at Baylor. A decade later, Baylor’s mishandling of several sexual assaults committed by football players resulted in the ouster of Baylor’s president, athletic director, and football coach.

Bliss’ misconduct exposed a toxic culture that attracts a growing number of tinpot hustlers of his ilk instead of principled men. It’s no wonder that legislation that would chip away at the current amateurism construct is picking up steam around the country. At long last, the veil has been lifted on the ugly side of collegiate athletics’ lucrative business.