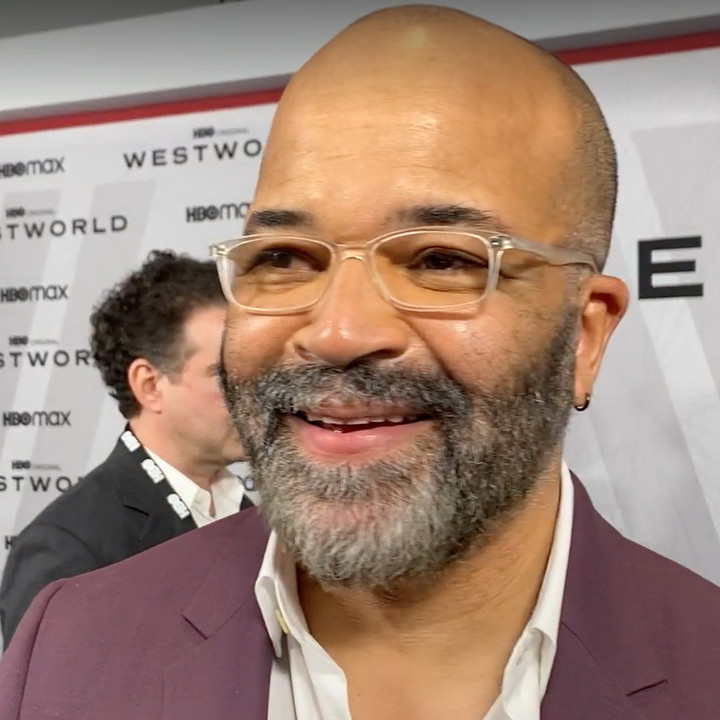 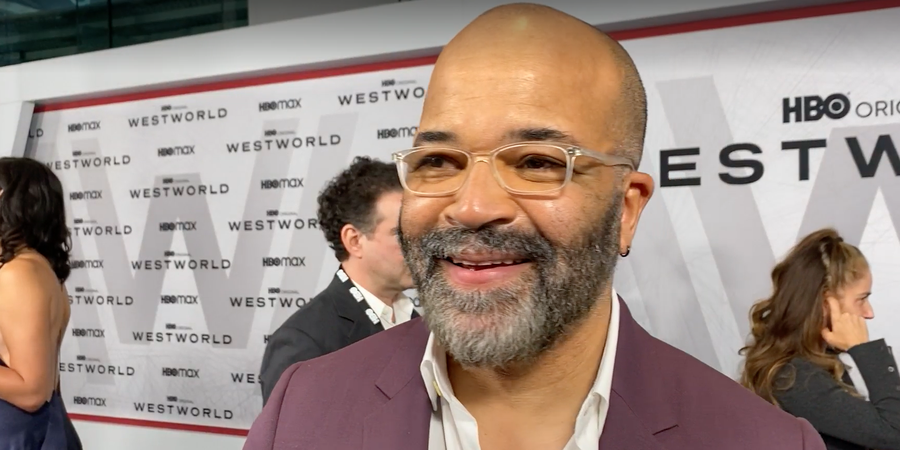 With Westworld Season 4 premiering on HBO and HBO Max on Sunday, June 26, it’s once again time to start questioning your reality.

We certainly started to question ours when DIRECTV headed to the Westworld Premiere event in New York earlier this week at Lincoln Center’s Alice Tully Hall and got some face time on the red carpet (though, it was actually black, which is appropriate to those familiar) with some of the stars and creators of the mega-hit sci-fi show, including Aaron Paul (Breaking Bad), Jeffrey Wright (The Batman), Co-creator and executive producer Lisa Joy, and more.

Check out our interviews and pics of the other Westworld stars below.

CATCH UP ON WESTWORLD AND PREPARE FOR SEASON 4 WITH HBO MAX, INCLUDED WITH YOUR FIRST 3 MONTHS OF DIRECTV STREAM CHOICE PACKAGE OR ABOVE. 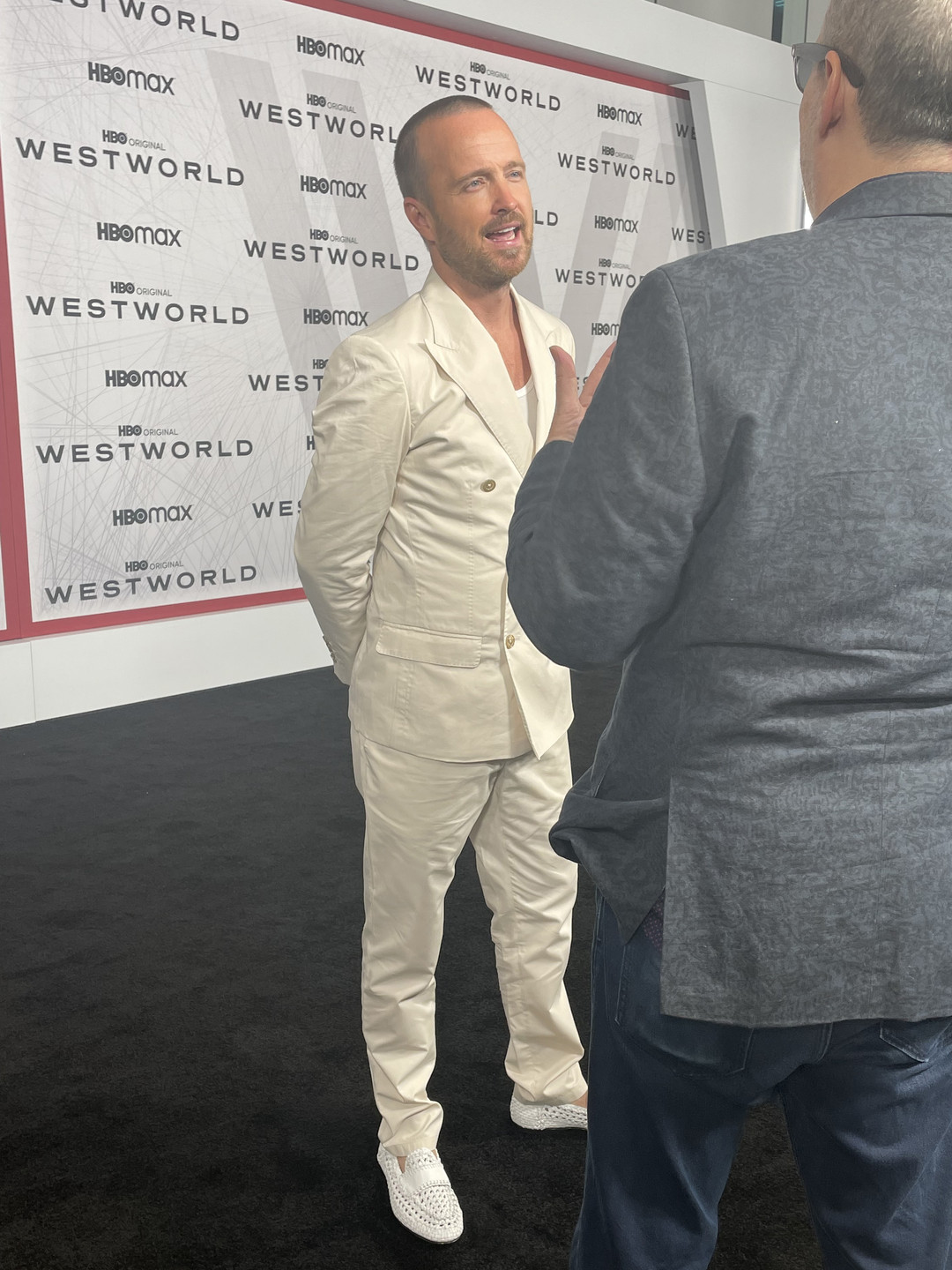 Not so subtle “white hat” attire (sans hat) for the lovable Paul.

“Honestly, doing (Westworld) has truly made me question my own reality. It really has.” – Aaron Paul

Ed Harris (The Man in Black/William) 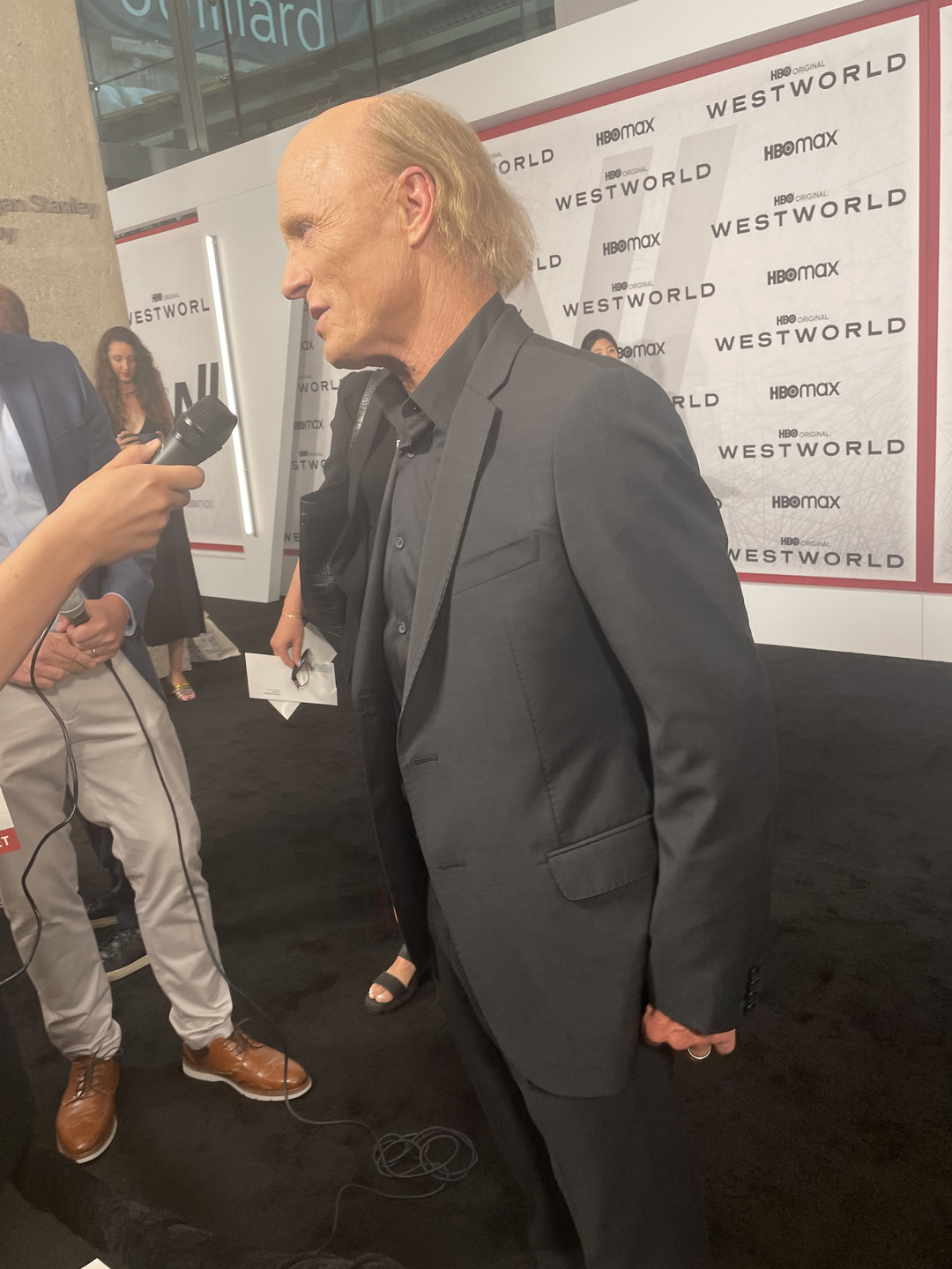 Similarly to Aaron Paul’s all white outfit, Harris is repping his character appropriately in all black attire. 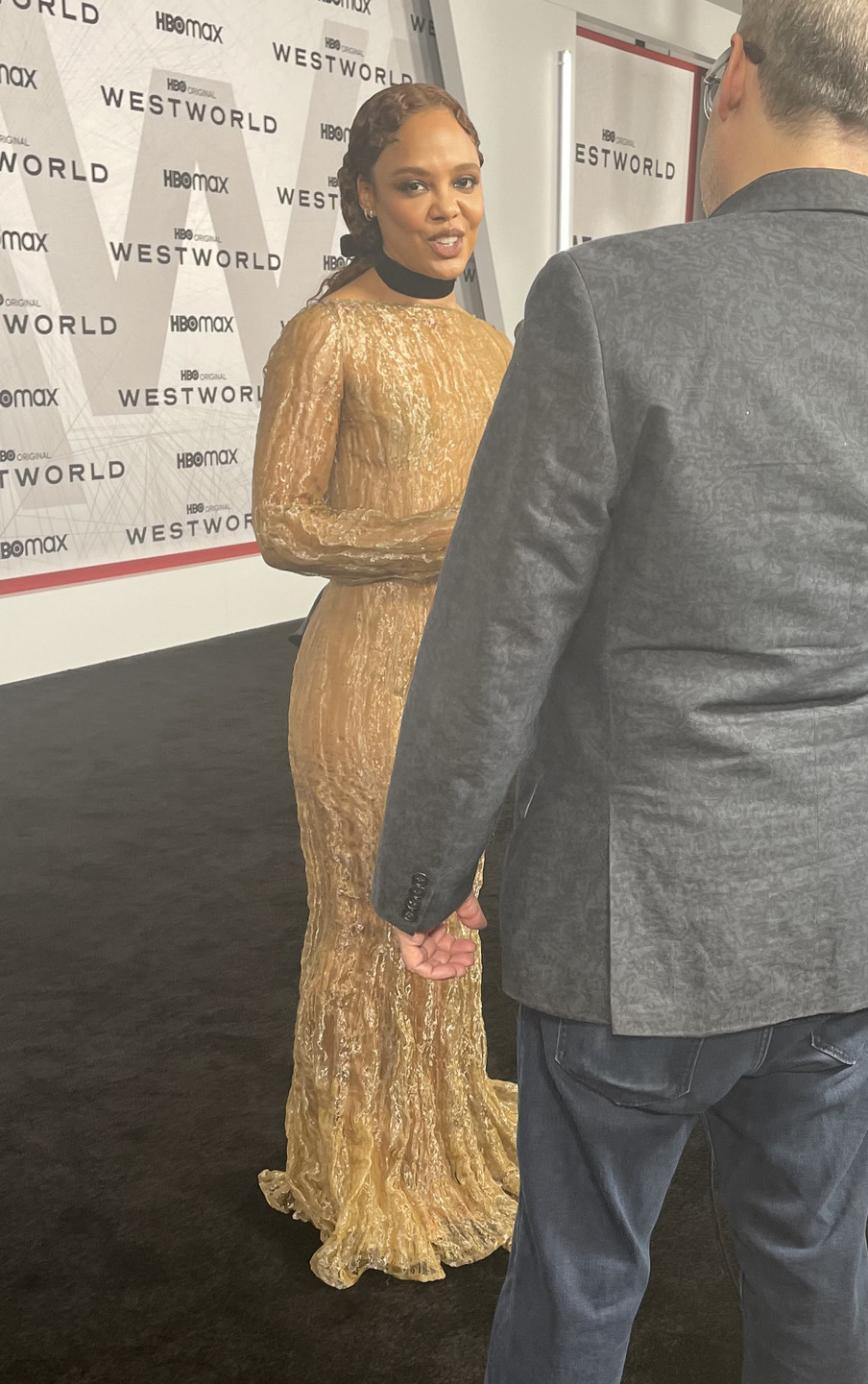 Thompson is seen here spoiling Season 4 for us with only her eyes. Surprise, you’re a robot now! 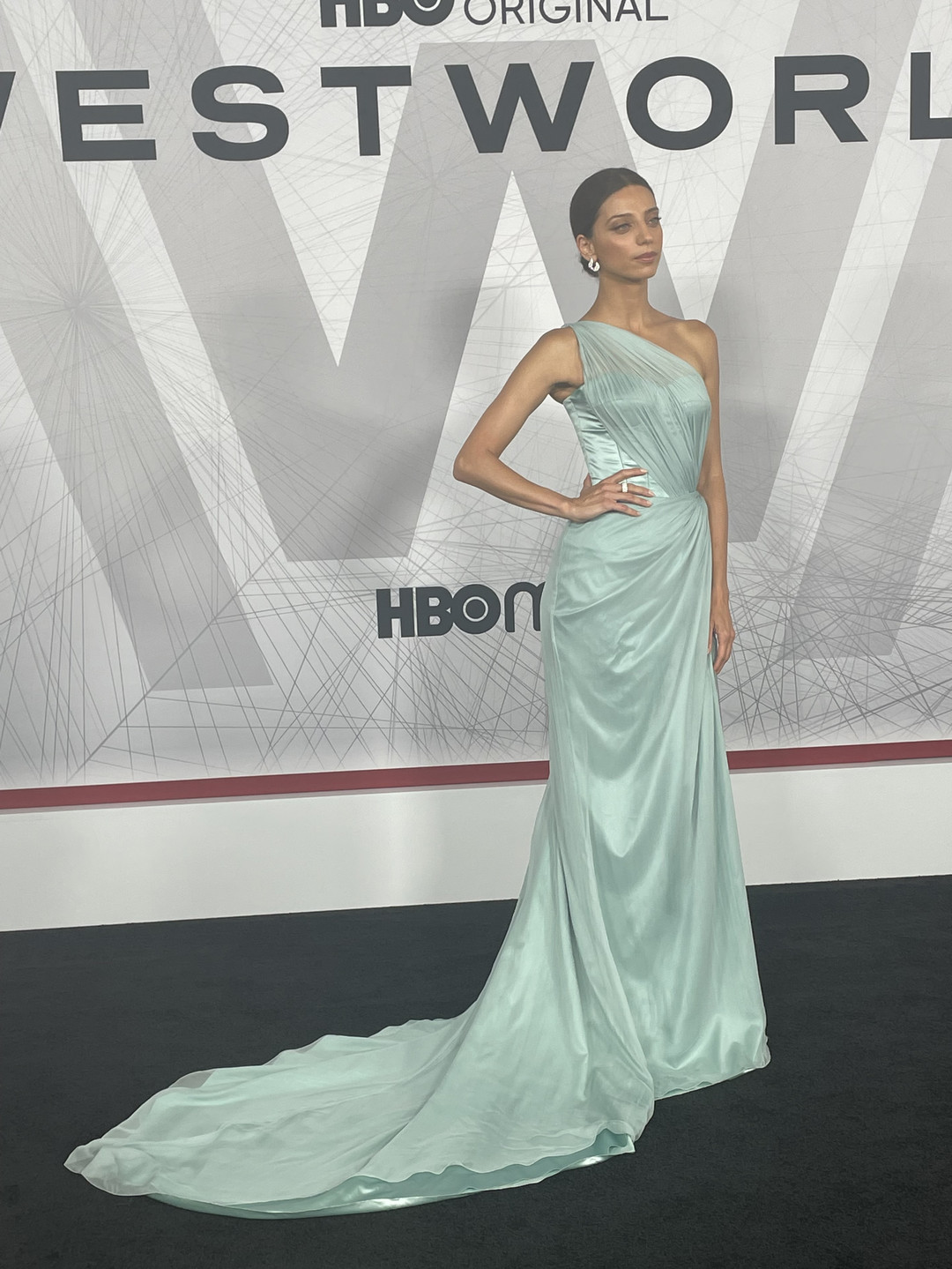 When asked if she could sum up Season 4 in one word, Sarafyan replied “Renaissance.” 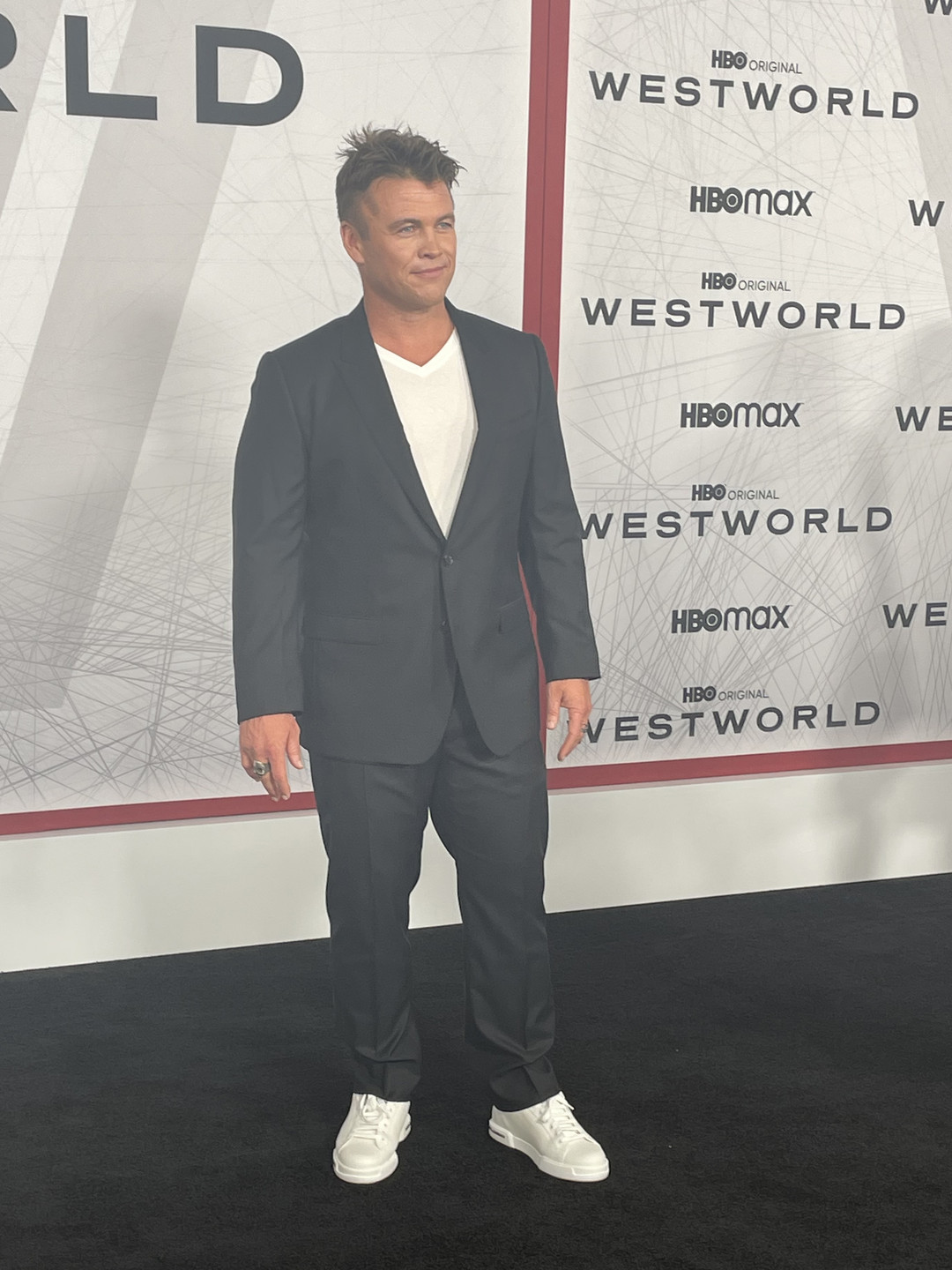 No one we’d rather have our backs in a room full of murder-bots than smartass Stubbs.

“The cool thing is Stubbs gets to explore the world and evolve as a character.” – Luke Hemsworth

Any spoilers for Season 4, Luke?

According to Wright, Season 4 is “an opportunity for (Bernard) to get his hands dirty in a way he hadn’t previously.”

And what sort of theme park would you make for yourself, Jeffrey?

“We tried to go really balls to the wall. Is that a technical, kind of film term?” – Lisa Joy on Westworld Season 4

On filming during the pandemic, Schapker said “I don’t think we sacrificed anything in terms of scope or story. It was a super labor of love.” 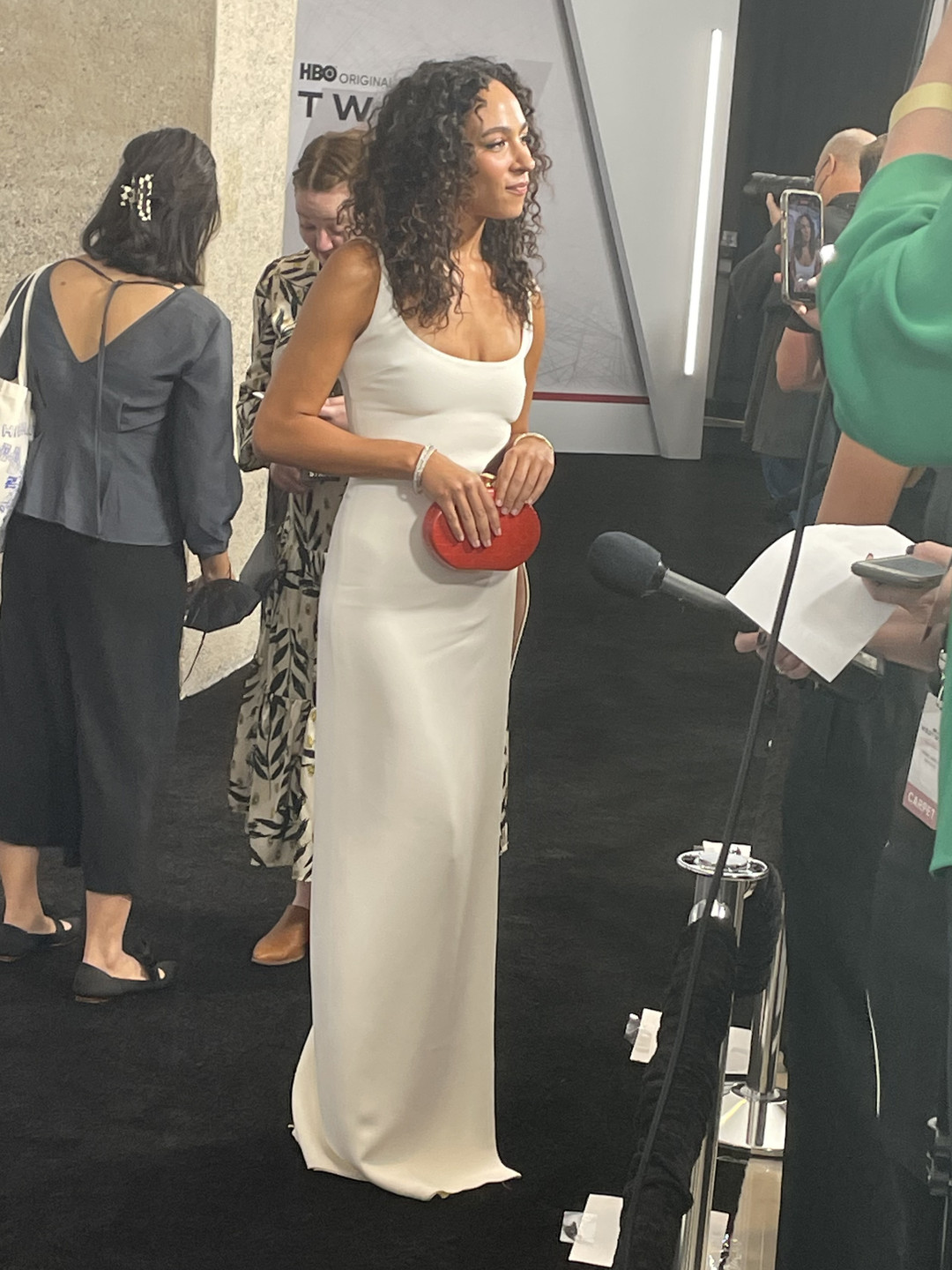 She may be a mystery character at the moment, but the if the white dress, similar to Aaron Paul’s all-white ensemble, is any indication, she could potentially be a fellow “white hat”.

She remains mum, here though. 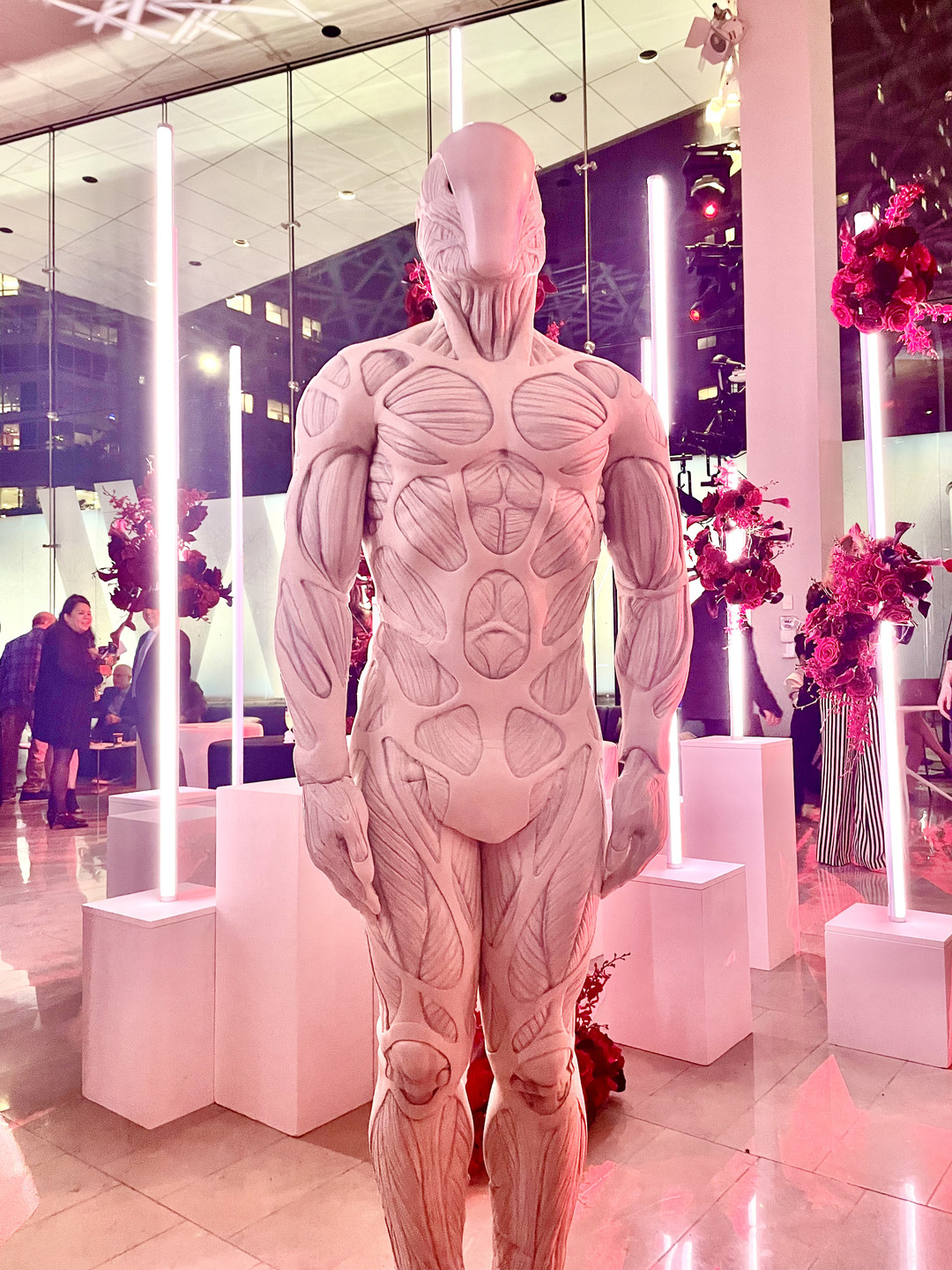 When this ominous Delos drone wasn’t stealing the show by just chilling and filling the room with general menace, it was being helpful by collecting blood samp…er, we mean, passing out pomegranate vodka shots!

Guests were encouraged to fuel up at the Nitrogen Poké Bar 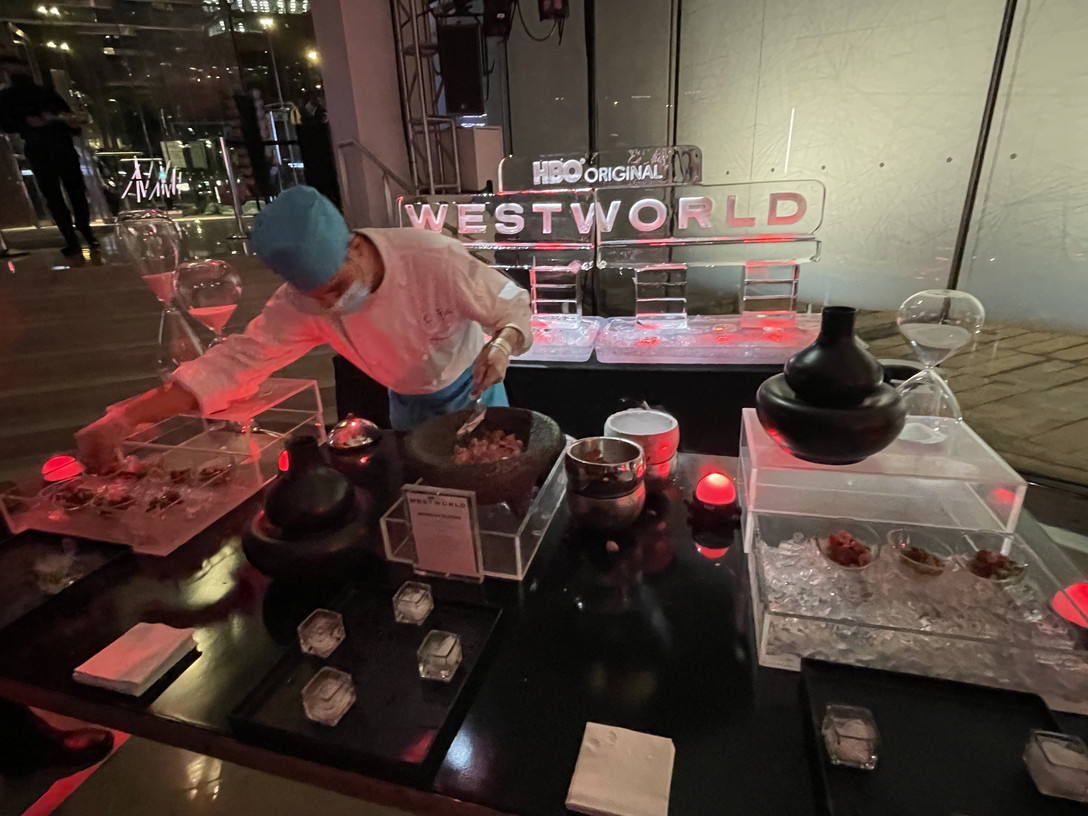 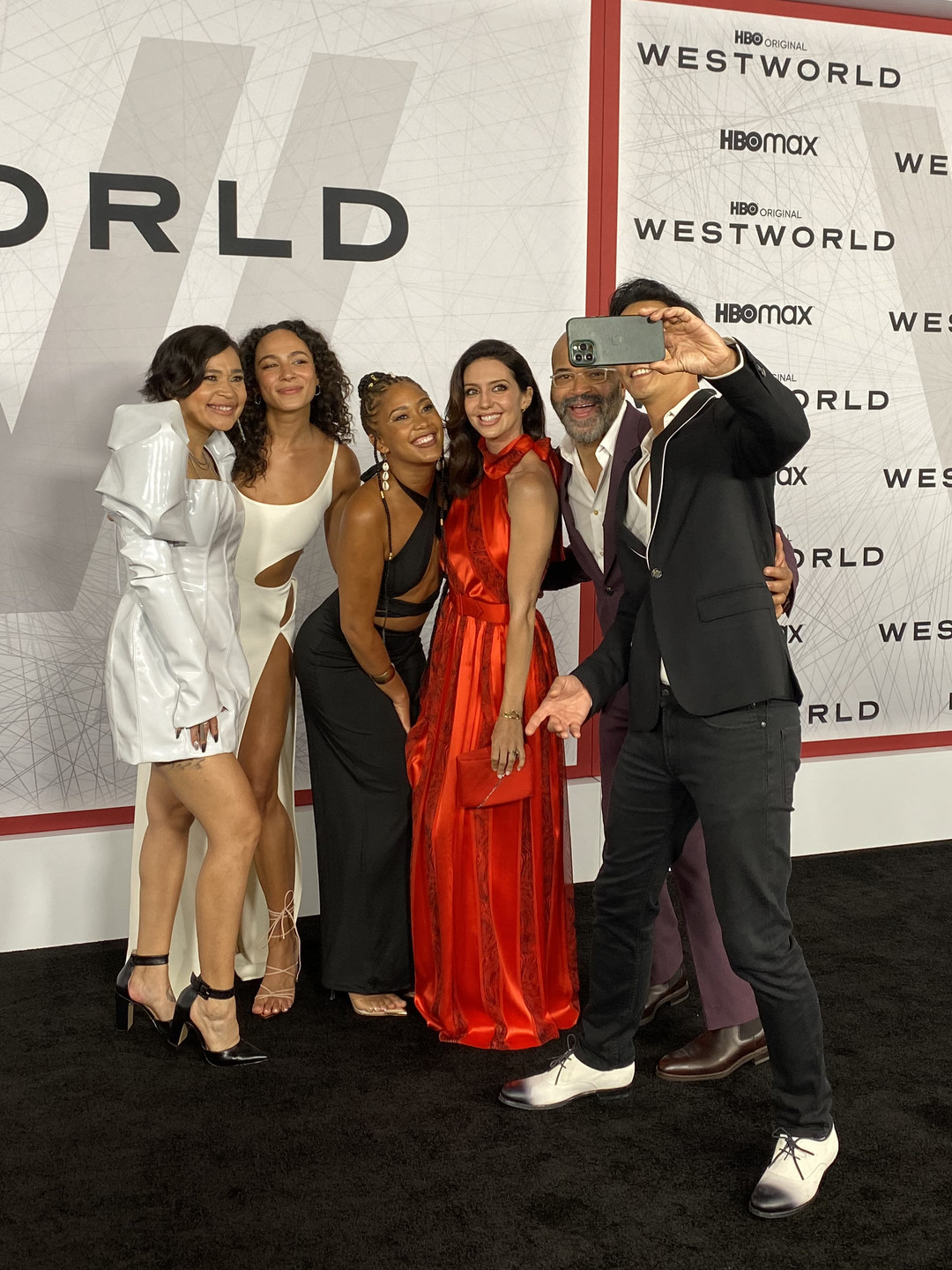 Want to know more about Westworld Season 4? Check out our Guide complete with character information, trailers, and how to watch here