Westeros Revisited: The Lion and the Rose

The Siblings and the Losses

All three Lannister siblings deal with loss in a major way this episode. Cersei’s (Lena Headey) comes later (duh), but early on we see a sweet moment of bonding between the Lannister brothers as Jaime confides his feelings of inferiority now that his famous sword-hand is gone. It’s a lovely moment for Tyrion (Peter Dinklage) to take care of his big brother and it comes in the nick of time given how the rest of the season will unfold. Also, props to Nikolaj Coster-Waldau for learning to sword fight left-handed when I can’t even sign my name with my left hand! 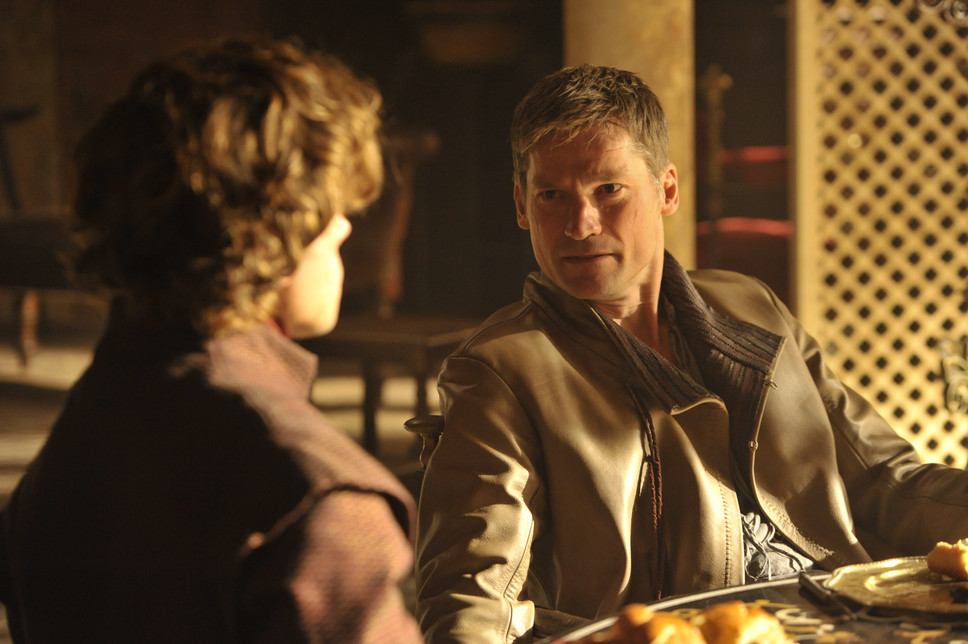 Tyrion later has to deal with the loss of his beloved Shae (Sibel Kekilli). In the wake of a not-at-all-veiled threat from his father that the next prostitute he finds with Tyrion will be killed, Tyrion resolves to send Shae to Essos where she’ll be safe. Granted, Tyrion is now married to Sansa Stark (Sophie Turner) but he’d hardly be the only married man sleeping around! Like a superhero, Tyrion pushes Shae away to protect her. Even so, I have to say that slut-shaming ain’t cool – especially when he asks her how many men she’s been with. Good for Shae for clapping back with “How many whores have you been with?” Though the episode leaves us thinking Shae sailed away, we sadly know better.

The Light and the Darkness

Well, there’s Melisandre (Carice van Houten) doing what she does best: burning people alive and whipping the zealots into a religious frenzy. Though at this point, Stannis (Stephen Dillane) is protective of his daughter Shireen knowing what will change is very, very sad. Stannis is a fascinating character study as he descends into obsessive madness – remember, he was introduced as the most straight-laced and logical man in all of Westeros. He dies alone, beaten down, in a forest having ordered his only daughter burned alive. But there’s no one moment where he flipped, per se. In the theme of there being no good and no evil, Stannis shows that people change so subtlety and slowly that you can barely notice and that you should never peg someone as one thing or another since they are constantly in flux. It makes Melisandre telling Shireen that there are only two gods (‘A God of Light and Love and Joy’ and ‘A God of Darkness, Evil and Fear’) ring even more false. 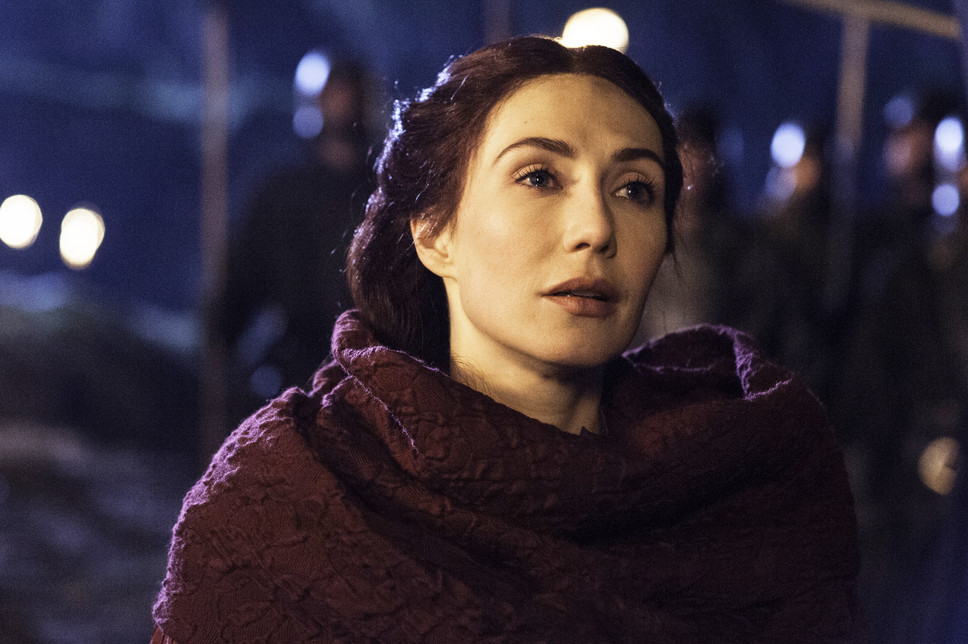 The Boy and the Tree

North of the Wall, Bran (Isaac Hempstead-Wright) touches a weirwood tree and experiences the longest vision he’s had yet. Another vision sequence, another lot of unpacking that is too much for me to do here (looking at you, Westeros Revisited: Valar Morghulis). That said, here are the meaningful glimpses I caught on this rewatching: the dead wildling girl from the pilot, Ned in the Red Keep dungeon, the crows that attacked Sam and Gilly, the decomposing horse from Sam’s brush with the White Walkers, the snowy throne room from Dany’s vision, the Night King’s reflection, Bran’s fall from the tower in Winterfell, and a dragon’s shadow over King’s Landing – which we’ve yet to see!

The Purple and the Wedding

“Killing a man at a wedding. horrid. What sort of man would do such a thing?” – Lady Olenna (Diana Rigg) as she grabs the poison from Sansa’s necklace. What a baller! 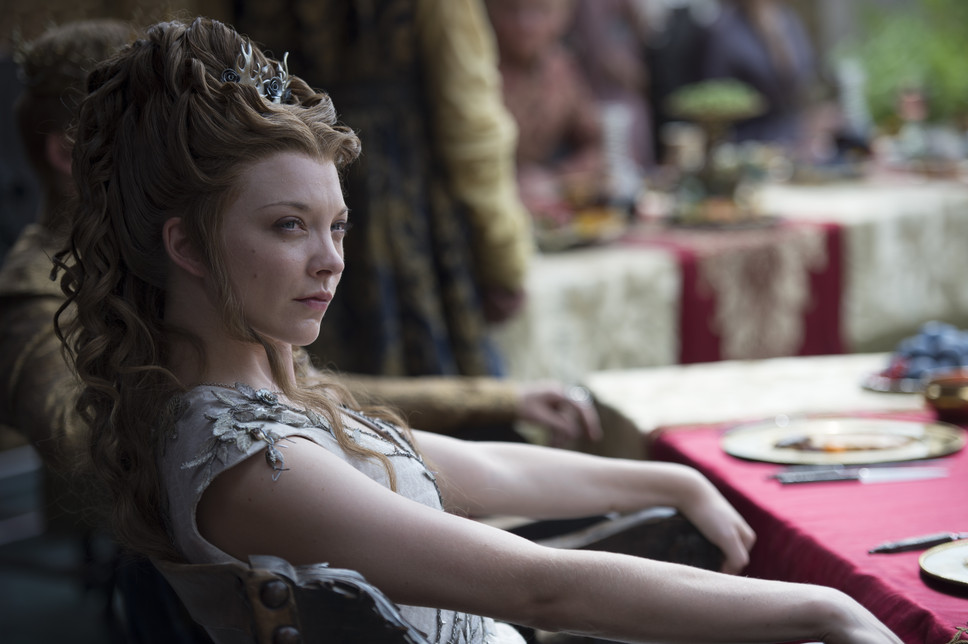 The wedding of Joffrey (Jack Gleeson) and Margaery (Natalie Dormer) takes up the second half of the episode and it’s chock full of goodies. We get the moment of incredible irony (on reflection, that is) above pretty early on. The Tyrells are truly a matriarchal clan – the women of the family tend to have the brains and the power. Loras may be good with a sword (pun intended) but it’s Margaery who is taking steps to better the family. The few times we see Mace Tyrell in this episode, he is bumbling around and usually gets told to sit down and be quiet. And when we get the reveal that a little old lady was behind the regicide that shocked Westeros? Well, take that misogyny and ageism!

We get to see more clashes of strong women when Brienne (Gwendoline Christie) and Cersei meet. As they have a tense conversation that starts with pleasantries and ends with Cersei calling Brienne out for crushing on her brother, we can see Sansa in the background. With the frame set up this way, Cersei is literally between Brienne and the girl she was sworn to protect. She’s so close and yet so far. Considering Sansa flees King’s Landing by the end of the episode, this conversation is even more telling. Brienne will find her eventually, of course, but it’s going to be a long time until that day.

Joffrey’s little show of the War of the Five Kings has always been in poor taste, but if you really want your soul to seethe try watching it immediately after the Red Wedding (see Westeros Revisited: Rains of Castamere for more on that). In a move that managed to alienate basically everyone in the wedding party, Joffrey hired little people to act as caricatures of the Kings he “defeated.” Between Tyrion not appreciating laughter at the men’s expense, Margaery being Renly’s widow, Loras being Renly’s former lover, Sansa being A STARK, and Tywin not being amused by much of anything Joffrey was really the only person who actively enjoyed the thing. In fact, he laughs so hard that he spits his wine out in a nice foreshadowing of what’s to come for him. Speaking of which… 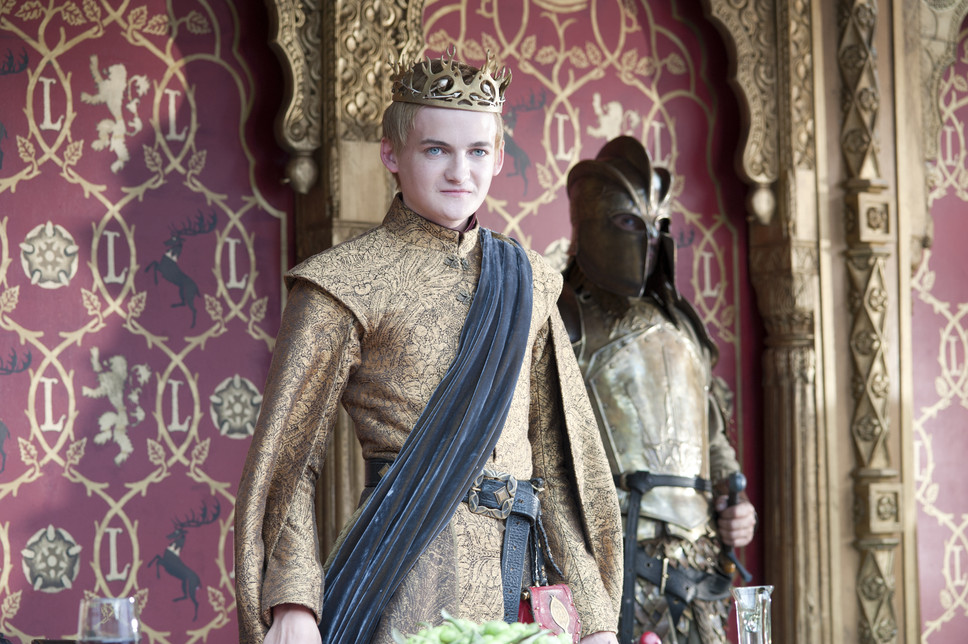 It’s a satisfying end to Joffrey, don’t you think?

The Miscellaneous and the Observations

Stay tuned as we return to season five with Westeros Revisited: Hardhome and rewatch the entire series with us on HBO