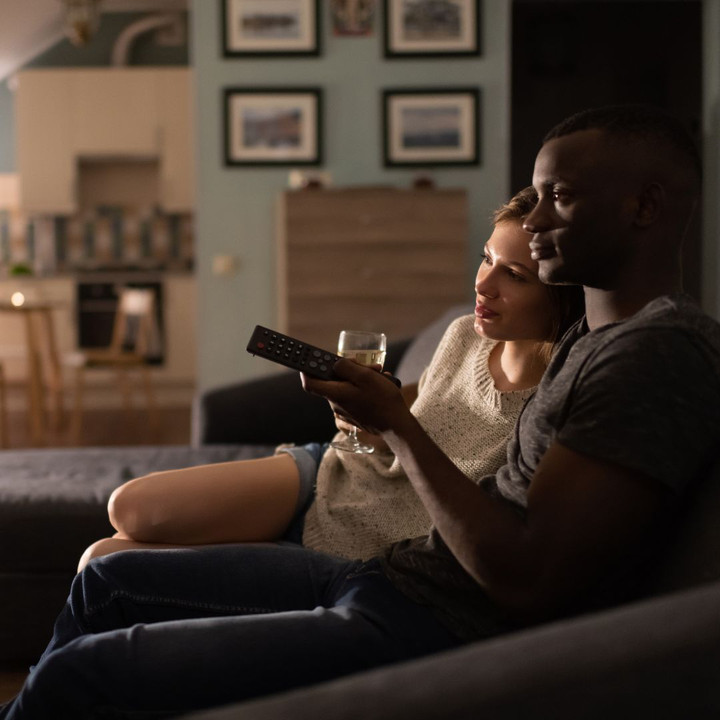 Sometimes you can’t avoid being stuck at home, but that doesn’t mean you have to be down in the dumps. We’ve put together a list of movies you can watch right now on DIRECTV that show it could always, always be worse. Hopefully, you’ll get a laugh, or at the very least, be inspired by one of our favorite films that involve being stuck in a situation that isn’t exactly ideal.

Ellen Ripley can’t catch a break. In her second movie adventure, she gets thrown on a planet with not one, but hundreds of aliens. Sure, she’s got the marines with her, but the horrors of LV-426 are too much even for that venerable institution. Celebrate an alien-free household with this iconic film.

Staying at home can be a drag, but at least you’re not stuck there for all eternity with a family with questionable decorating sense. ‘Beetlejuice’ is an iconic comedy featuring Michael Keaton as the Ghost with the Most and is one of the few successful eighties comedies not to get a reboot or a sequel. There’s a reason why: It’s hard to top a movie this good.

Some people want to stay at home, at least they think they do. In ‘Home Alone,’ Kevin McCallister is accidentally left behind by his family as they fly to Paris for vacation, and Kevin has plenty of fun until a pair of burglars make plans to break into his house. Zany hijinks ensue as Kevin spends the movie trying to thwart the burglars’ plans as his mother tries to make her way home to him.

Being forced to stay inside can be demoralizing, but at least you’re not on Mars. Matt Damon plays an astronaut who is accidentally left behind on Mars by his crew when he is thought dead. His inspiring struggle to survive in an environment utterly hostile to human life is thrilling and one of the best sci-fi experiences of recent years.

Imagine really being stuck inside, like, permanently. ‘The Matrix’ shows the ultimate case of being stuck, as a group of humanity discovers everything we think of as the real world is really just a simulation. This sci-fi classic is one of the most influential films of all time and spawned an entire decade of horrible bullet-time imitators that we’re only now recovering from.

The grass is always greener on the other side, as the family in ‘Parasite’ finds out. Watching this movie should make you content to stay safe and sound in your home. What starts as a black comedy soon evolves into a psychological thriller, and this trippy journey more than deserves its award for best picture of 2019.

If you think you’re stir crazy after a few weeks in the house, you should meet Jack Torrance. Stanley Kubrick directs Jack Nicholson in this legendary horror film set in a snowy Colorado hotel where things just get creepier and creepier. This is a must-see film for fans of the macabre, and if you find you’re a fan, there’s a sequel, ‘Doctor Sleep,’ which just released last year.

What Ever Happened to Baby Jane

This 1962 film has Bette Davis playing “Baby Jane” Hudson, a washed-up child star who is forced to take care of her sister Blanche after a car accident severs her spine. Blanche ended up being more famous than her sister, a fact that Jane hates. The movie follows Jane’s increasingly brutal treatment of Blanche, culminating in a full-blown meltdown. ‘What Ever Happened to Baby Jane’ is a film that was before its time with its intense psychological horror, and all too closely follows the path we’ve seen some child stars take.

What We Do in the Shadows

No matter how terrible things are, at least you’re not roommates with a bunch of vampires. ‘What We Do in the Shadows’ is a hilarious mockumentary about a group of vampires sharing a flat in modern New Zealand. Older doesn’t always mean wiser, as the film shows that even if you’re a few hundred, or even thousand, years old, life can still be confusing.