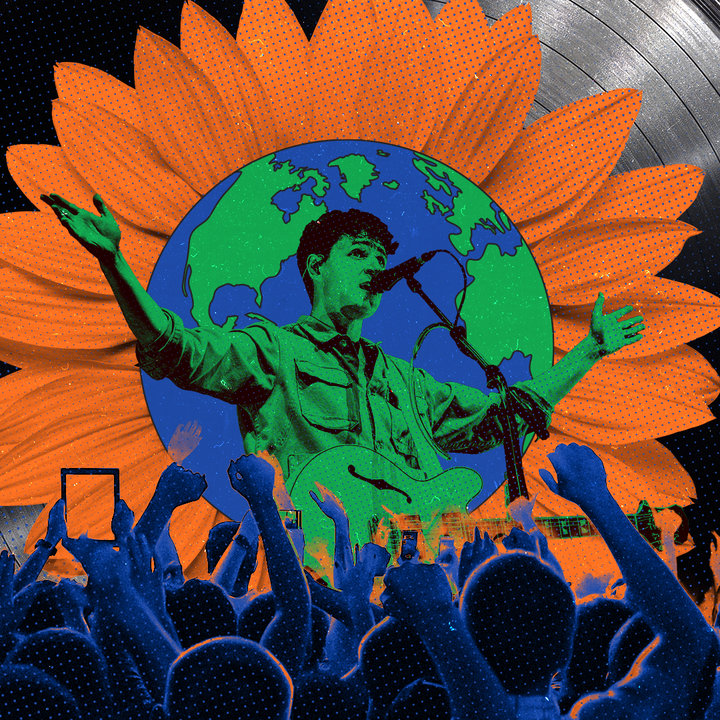 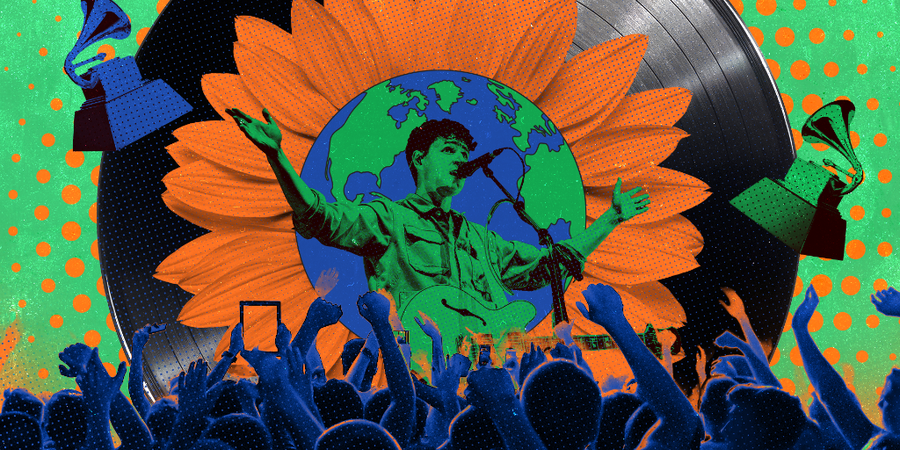 Vampire Weekend, Grammy Winner, Grows Up With ‘Father of the Bride’

Vampire Weekend won best alternative album of the year at the 2020 Grammy Awards for “Father of the Bride”, arguably their most ambitious record yet. Their fourth studio album beat out LPs by James Blake (“Assume Form”), Big Thief (“U.F.O.F.”), Bon Iver (“i,i”), and Thom Yorke (“ANIMA”). It was their second Grammy Award, with 2013’s “Modern Vampires of the City” for Best Alternative Music Album being their first.

Despite the incredible work of their Grammy contenders, it’s easy to see why Vampire Weekend won for their double album. “Father of the Bride” is grown-up, honest and vulnerable. Ezra Koenig is uncharacteristically open about the intricacies of love, loss, and fatherhood, and he pulls back the curtain more than ever before, reflecting wistfully as he enters a new stage of his life as a new father. The mature sound, which pulls from reggae, country and other genres, is a great departure from the more effervescent “Modern Vampires of the City” (2013) and “Contra” (2010). The band’s deft ability to blend styles of music as well as obscure and timely references is as masterful as ever, but the depth of his lyrics separate “Father of the Bride” from the rest.

As a listener, you feel like you’re part of the story, which explores Koenig’s Jewish heritage, including Upper West Side delicatessen Zabar’s and Barney Greengrass in the music video for “Sunflower” and a Passover seder in “This Life.” In “Harmony Hall,” Koenig explores the cycles of gaining and losing power, with the title of the song referencing plantation buildings in the pre-Civil War South. But Koenig connects the idea to stereotypes about Jews and Zionism with the lyric “Beneath these velvet gloves I hide/The shameful, crooked hands of a moneylender/’Cause I still remember.”

Then, the band confronts the complexity of relationships. Koenig duets with HAIM on “Hold You Now,” “Married in a Gold Rush,” and “We Belong Together,” which feels like the two characters are hashing out their faltering relationship and deciding to recommit to each other. Danielle Haim croons, “I know the reason why you think I oughta stay/Funny how you’re telling me on my wedding day,” on “Hold You Now.”

Koenig explained the thought process behind “Stranger,” a less common Vampire Weekend love song, in an interview with Pitchfork: “With a song like “Stranger,” even the name of it compared to “Oxford Comma” or “Mansard Roof”—it’s inexpensive. No expensive words. I still always want there to be text and subtext and sub-subtext. But I can give you a pretty straightforward definition of what that song means: It’s about when you’re in a house and you hear other people having a good time and you don’t feel left out because you have a sense of belonging. That’s something you don’t always feel when you’re younger.”

There’s rebirth on “Sunflower” that moves forward the stories on “Stranger,” “Hold You Now,” “Married in a Gold Rush,” and “We Belong Together.” “Father of the Bride” ends with “Jerusalem, New York, Berlin,” which seems to connect the dots between the character’s identity (Jerusalem and Berlin) and the course of his life (Koenig lived in New York his entire life but moved to LA last year.)  And there are the nostalgic elements of the album: Grateful Dead and ‘90s Peace Frog clothing references that give the narrator creedence as an old wise storyteller looking back at his life.

With a few years out of the spotlight after their 2013 album, “Father of the Bride” showcases the band’s maturity as artists and storytellers. As Consequence of Sound points out, looking at the Billboard 200 charts from 2010 to 2019, about 11 indie rock albums hit no. 1. Of the 11, more than half belong to just two bands: Vampire Weekend and Arcade Fire. But despite their impressive commercial success, they’ve had a few major ups and downs. Founding member and leading producer Rostam Batmanglij amicably split from Vampire Weekend in 2016. They’ve been called “the whitest band in America,” and overhyped, such as in Vulture’s viral What to Expect From the Upcoming Vampire Weekend Backlash.

Regardless, Koenig has no regrets, and today they stand one of the biggest rock bands of our generation, organically evolving with each new album they produce.