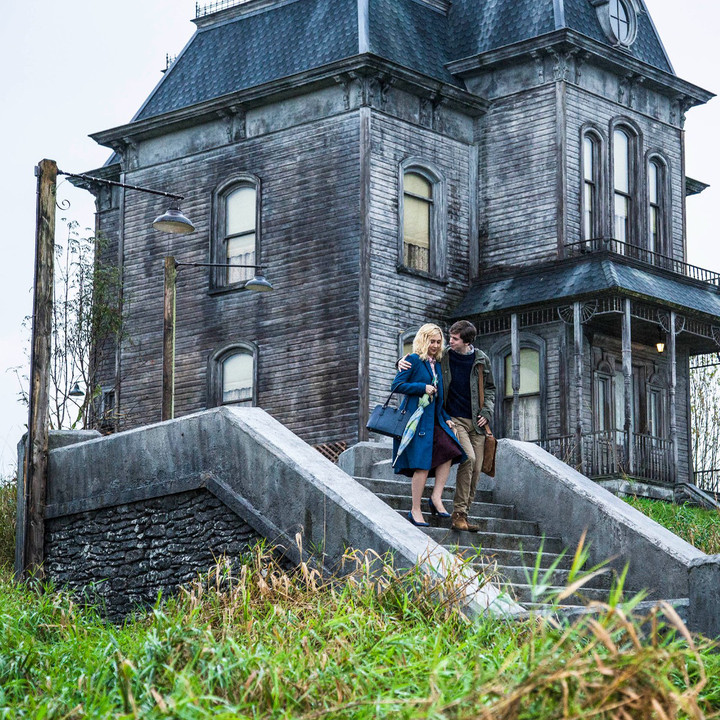 Being a mom is a tough job, and TV moms especially seem to get a bad rap when, in fact, they are almost always acting in the best interests of their children. Whether protecting them from power-hungry wannabe kings, or greedy meth manufacturers, or chauvinistic advertising moguls… these TV-tiger moms are fiercely protective of their offspring, so let’s celebrate them this Mother’s Day – and every day.

For five seasons, Norma Bates (Vera Farmiga) was borderline obsessed with caring for her son Norman (Freddie Highmore) and keeping him safe — though it took her quite a while to acknowledge how dangerous he was. But you try being a single mom whose youngest son may or may not be a murderous psychopath, and whose older son Dylan (Max Thieriot) is the product of a rape at the hands of your brother, and you see how easy it is to get by.

Norma did her best and all she had to show for it was being unceremoniously killed from carbon monoxide poisoning.

Rebecca Bunch (Rachel Bloom) worked through a plethora of mental health issues on Crazy Ex-Girlfriend, many of which stemmed from her overbearing, critical mother Naomi (Tovah Feldshuh) and absent father Silas (John Nelson). But every once in a while, viewers got a glimpse of how hard Naomi worked all those years to give Rebecca everything and how much she truly loved her daughter.

In an interview with Awards Daily, Feldshuh said that her character’s behavior was more due to Naomi not understanding Rebecca, but every action came from a place of love.

The characters on “Mad Men” grew tremendously through the critically-acclaimed show’s 7 seasons, and perhaps none more so than Betty Draper Francis (January Jones). She starts off the series as a seemingly cold-hearted woman trapped in a loveless marriage who resents her children immensely.

But as the layers are peeled away, viewers can see how Betty’s bratty personality was a product of her upbringing, society, and her first husband, Don (Jon Hamm). Her small acts of rebellion against the little box she was forced into are delightful, and by the end of “Mad Men,” Betty’s battle with cancer is one of the most beautiful storylines of the final season, especially because in her letter to her daughter Sally (Kiernan Shipka), she made it clear she wanted everything for her daughter that she herself never got — “I always worried about you because you marched to the beat of your own drum, but now I know that’s good. Because your life will be an adventure.”

Cersei Lannister of Game of Thrones

Is there a scarier TV mommy than Queen Cersei Lannister (Lena Headey) from Game of Thrones? For eight seasons, she was the pinnacle of dastardly villains on TV, one who would not hesitate to cruelly cut down anyone or anything standing in the way of her gaining power.

It became obvious over the seasons that Cersei was arguably the smartest, strongest, most capable Lannister and was kept out of power because she was a woman. In response, she channeled her efforts into protecting her children and fighting for them — only to see them all dead before the final season.

In season two, Cersei laid bare her entire motivation to eventual enemy Sansa: “The more people you love, the weaker you are. You’ll do things for them that you know you shouldn’t do. You’ll act the fool to make them happy, to keep them safe. Love no one but your children.”

Gemma Teller-Morrow in “Sons of Anarchy“

Gemma (Katey Sagal) could give Cersei a run in the scary mommy department. She was not above orchestrating her own husband’s demise or directly murdering the mother of her grandchildren. But that’s only because she was constantly trying to make things safe for her son Jax (Charlie Hunnam) and her grandsons Abel and Thomas.

In an interview with Oprah magazine, Sagal defended her character, saying she would almost go to the same lengths to protect her children in real life.

“Gemma is intensely dedicated to her family and would do anything to protect her son and her extended family, which is the club. In my personal life, I don’t know that I would go to the lengths for my kids that Gemma does, but close,” said the actress.

Skyler (Anna Gunn) is actually an incredible mother, but “Breaking Bad” fans were so enamored of her husband Walter (Bryan Cranston) that when Skyler and Walter finally found themselves on opposite sides of a moral gulf, many fans blasted her for going against him. Sure — it’s terrible to call the cops on your husband when he attacks you and kidnaps your baby daughter. What a horrible mother!

In an op-ed for the New York Times, Gunn explored her experience with fans who hated her character, something that was shocking to her at the time.

“As an actress, I realize that viewers are entitled to have whatever feelings they want about the characters they watch. But as a human being, I’m concerned that so many people react to Skyler with such venom. Could it be that they can’t stand a woman who won’t suffer silently or ‘stand by her man’? That they despise her because she won’t back down or give up? Or because she is, in fact, Walter’s equal?” wrote Gunn.

Indeed. Skyler White is an outstanding mother and TV character and we salute her and all the other scary TV moms this Mother’s Day.

While you’re catching up with your mom this weekend, reconnect over popcorn and a movie. Get DIRECTV and gain access to all your favorite shows and films right now.

This promotion may be over, but it's not too late ...