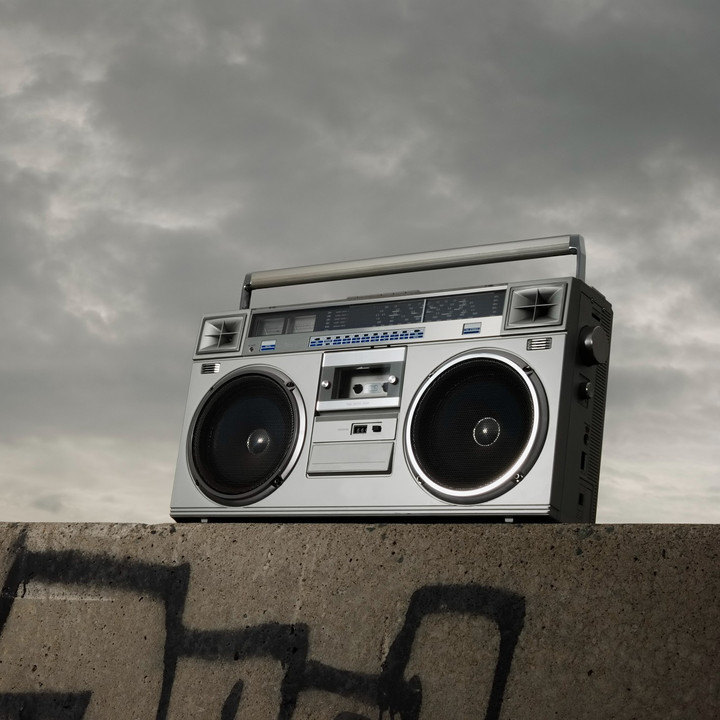 In hip-hop, the most important thing an artist can do is make a great first impression. When a rapper comes into the game, it’s best if he comes out swinging. We’ve seen this before when artists like Jay-Z and Nas dropped their debut albums, which are still considered classics today. Because it’s so important to make an excellent first impression, strong debut albums in hip-hop started to become more common as the years went on. By the mid-2000s, fans had been blessed by three hip-hop debut albums that each saw a huge success: 50 Cent’s Get Rich or Die Tryin’, The Game’s The Documentary and Kanye West’s The College Dropout. All three are unique in their own way but have a surprising amount of similarities.

‘Get Rich or Die Tryin’ Introduces an Unforgettable Presence

Get Rich or Die Tryin’ was the first of these albums to be released back in 2003. It’s known as 50 Cent’s first album, but it’s technically his second. In 2000, he was set to release his actual debut album, Power of the Dollar. Unfortunately, he was shot nine times outside of his grandmother’s house. As a result, his label, Columbia, dropped him, and the album was never officially released. He was also set to record a video with Destiny’s Child right before he was shot.

After surviving his near-death experience and being dropped by his label, he was eventually discovered and signed by Eminem, who introduced him to Dr. Dre, and led to the release of Get Rich or Die Tryin’ in 2003. The album is known as one of the most successful hip-hop debuts. It sold more than 872,000 copies in its first week with singles like “In Da Club” and “21 Questions.” Even though it wasn’t a mainstream hit, the song “Many Men” recounts 50 Cent being shot and surviving and acts as a taunt toward the people who shot him.

Its authenticity and the underdog narrative surrounding it make it such a strong debut. Here, you have someone involved with street life when he first entered the music industry. Once he was shot, he faded into the background and disappeared. He also had a reputation for starting beef and dissing people, which ended up getting him blackballed so severely that he had to live in Canada and record his debut album.

The College Dropout: Kanye’s Debut is Linked to The Game’s

This same underdog story can also be found in West’s The College Dropout and The Game’s The Documentary. West was a producer making beats for artists signed to Roc-A-Fella records. He wanted to make his own album and rap over his own beats, but the label executives didn’t believe in him. He once walked around the label office playing the song “It All Falls Down,” a song that currently has over 62,000,000 million views, only to be ignored by everyone.

Perhaps the biggest hurdle he faced when making the album was his car accident. He ended up with a wire in his jaw and was told he’d need surgery. In response, he recorded “Through the Wire,” a song where he raps about the car accident and surviving it all while his jaw was still wired. Like 50 Cent’s “Many Men,” it’s a triumphant victory lap. The song is unique because it was the first single released by West, and it doesn’t feature a chorus. The College Dropout was released in 2004 and received critical acclaim from fans and critics. It debuted at No. 2 on the Billboard 200 and sold 441,000 copies. The album also won three awards at the 2005 Grammys.

While he now had his own album, West still produced for other artists. One of those artists was The Game, a rapper from Compton. West did the chorus on a song, that was cut from The Documentary, but he ended up producing the album’s best song, “Dreams.” Ironically, “Dreams” is similar to “Through the Wire” in that it’s a song that refers to a near-death experience before the album’s release. It’s this passionate tribute to dead artists like Aaliyah and Tupac and the deceased sister of Venus and Serena Williams. The song showcases West’s skill as a writer and producer and The Game’s skill as a rapper.

The Documentary’ Captures More Than Life in Compton

Just like 50 Cent, The Game was shot in the early 2000s. After being shot, he developed a strategy to become a rapper after studying classic hip-hop albums. This led to him being discovered by Dr. Dre and signed to his Aftermath record label. Dr. Dre, Eminem’s mentor, knew 50 Cent and must have realized how similar he and The Game were, so he paired them up and got them to make music together. The pair made two songs that ended up as hit singles for The Documentary: “Hate it or Love It” and “How We Do.”

The Documentary was released in January 2005 and sold 586,000 copies in its first week. By March, it had sold 2.5 million in America. The success of this album, The College Dropout and “Get Rich or Die Tryin’,” shows that people love a good underdog story. It also demonstrates how important a first album is for a rapper. These albums were released almost two decades ago and are still named the best album for each artist. That’s how good they are. People were and still are drawn to the honesty and passion all three artists showcased as they turned their triumphs and tragedies into art. That same passion and honesty can still be felt in hip-hop today, and I believe we have these three albums to thank for that.

5 Movies to Stream for a Full Summer Music Festival Experience