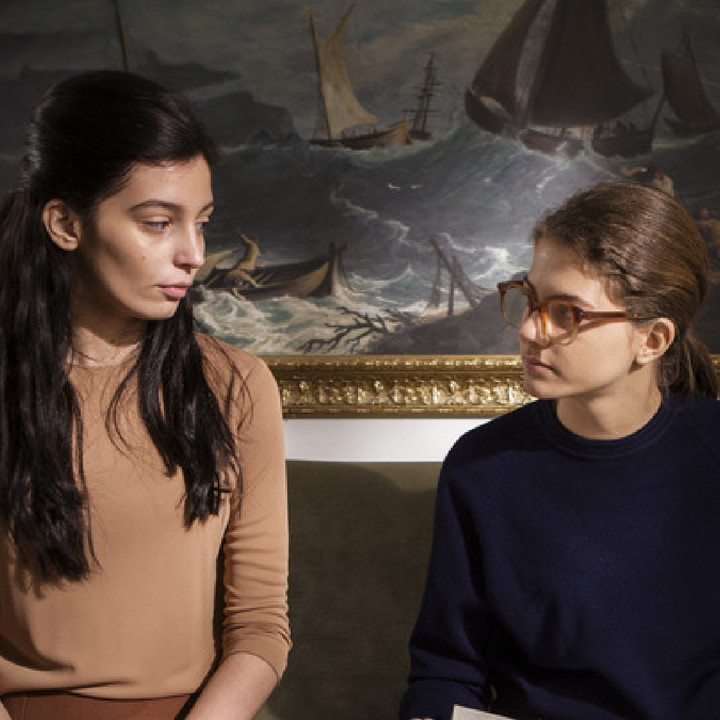 Everyone misses something, or someone, in this pandemic, but that sense of loss is particularly significant for women and girls. This Women’s History Month, we can temporarily fill that void by celebrating the empowered female relationships that exist eternally on small screens. By reliving the experiences of these fictional women and girls, it’s possible to feel a sense of triumph, peace, and relief.

Netflix aired “Gilmore Girls: A Year in the Life” in 2016; the limited series picked up ten years after the original show ended. The mother-daughter relationship between Lorelai (Lauren Graham) and Rory (Alexis Bledel) typically has a fandom divided into two categories: women who feel Lorelai and Rory mirror their own relationships with their mothers and daughters, and women who watch because they wish they had the same essential, vibrant connection the characters enjoy.

Throughout the show’s seven seasons and most recent reunion, the dynamic has been constant: “Gilmore Girls“ creators Amy Sherman-Palladino and Dan Palladino wrote Rory as someone whose intelligence was an asset, and whose flaws had nothing to do with how smart she was. As Rory’s counterpart and role model, Lorelai was completely self-actualized. She raised Rory never to apologize for how smart she was, and her striving was portrayed as an ongoing challenge she was determined to conquer with humor and style.

Rory looked up to Lorelai in part because her mother had qualities she lacked, and Lorelai was unafraid to idolize her own child for the same reasons. Many of “Gilmore Girls‘” best moments featured the two of them curled up on their couch in front of the television, a place of sanctuary for them both.

On “Halt and Catch Fire,“ sanctuary isn’t home, it’s work. Cameron Howe (Mackenzie Davis) and Donna Clark (Kerry Bishé) meet through the men in their lives but fall head over heels for one another’s minds. In the show’s second season, which takes place in the early 1980s and titled towards the perspective of the women, they form Mutiny, their own tech company, and break ground in what’s seen as a man’s field, and a man’s world.

Cameron and Donna’s brilliant partnership is realistic, authentic, and at times, extremely fraught. They hurt each other and bring out the best in each other in universally specific ways. “Halt and Catch Fire” found its voice through its female characters: The show’s fourth season, which time jumps to the mid-90s, primarily concerns Cameron and Donna’s personal and professional reunion. The finale offers a beautiful, satisfying conclusion to a series that’s ostensibly about tech but is actually about the people, many written out of history, who created it.

Through Thick and Thin

Set a world away in the slums of postwar Naples, “My Brilliant Friend” chronicles the lifelong friendship between two girls, Elena Greco and Lila Cerullo. The series is based on Elena Ferrante’s Neapolitan novels, and the author, who writes under a pseudonym, is credited as a writer on every episode.

Ferrante also personally selected Saverio Costanzo to direct “My Brilliant Friend,” and as such the series closely hews to the books with a loyalty that’s unusual for most televised adaptations. The engine driving both the book and the show is the relationship between Elena and Lila, a complicated friendship that expresses many things: love, jealousy, restraint, rage, pain, and transformation.

Two sets of actors play Elena and Lila: Elisa Del Genio and Ludovica Nasti as children, and Margherita Mazzucco and Gaia Girace as teenagers. The characters explore first what it feels like to be a girl, then what it means to come of age when the person you love and admire the most is growing in a completely different direction.

Elena and Lila’s friendship is a particularly fascinating thing to witness at this time in our culture: They live in a neighborhood where people are packed in extremely close quarters, with little room to breathe or cut through the gossip that’s circulating constantly. Meanwhile, they’re desperate to rise above the limitations of their social class. “My Brilliant Friend” examines the devastating paths women often take as they sustain and undercut one another in an attempt to achieve their goals.

At times, it’s strange to see women of a televised past standing shoulder to shoulder, laughing with their faces almost touching, or whispering in each other’s ears without masks. After a few minutes of shock and discomfort, we become used to it; These women are living out their lives eternally in a place that’s both real and unreal, forever accessible and simultaneously unreachable. They’re saved by the distance that divides them from us, and so they continue to uplift us. They speak the same secret language.

We’re grateful for them, and perhaps in some immeasurable way, they’re grateful to us. For watching. For listening. For understanding. For never asking them to explain why it’s so important to watch women supporting each other at a time when we must be separate in order to survive.