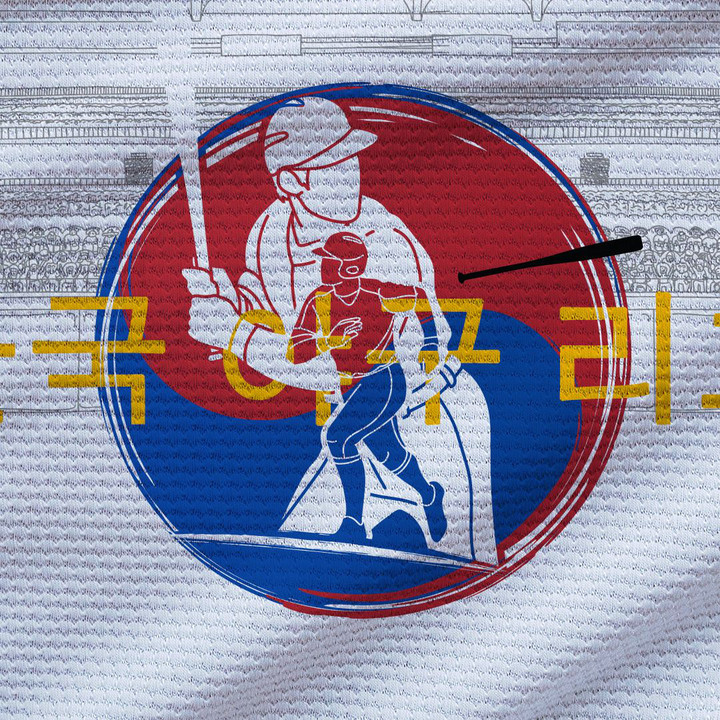 Wait. But how can the KBO possibly be more exciting than the MLB? For one thing, the KBO has done an excellent job of optimizing every touchpoint of the fan experience.

But there’s more to it. Let’s dive into what makes the KBO just so exciting.

Nothing compares to the crowds at KBO games. When you buy a ticket for a KBO game, you have to commit to sitting in the home team section or the away team section. This makes it so that you can be a part of coordinated cheers with your team’s fellow fans.

Dan Kurtz (founder of MyKBO.net, one of the leading English sources on Korean baseball) told us, “Each batter has their own cheer song in the KBO which is sung by the fans when they are at bat. The fans are led by a cheer master and cheerleaders who help the cheers or songs.”

In addition to the exciting cheers throughout the game, the relative affordability of games helps elevate the fan experience. Kurtz said, “KBO games are a lot more affordable for people to attend [than MLB games]. Ticket prices are closer to minor league pricing and food and beverages generally are pretty comparable to prices outside the stadium.”

The MLB has long frowned on showing overt emotion. Tim Anderson injected some personality and fun into the league last season with his awesome bat flips, and he was beaned by an opposing pitcher (Brad Keller of the Kansas City Royals) in retaliation. On top of that, the baseball “traditionalists” in the media and opposing players ripped into Anderson for his bat flips.

The KBO takes the opposite approach to bat flips. Players in the KBO bat flip whenever they want, and it’s so much fun to watch. Bat flips add entertainment and energy to the game. Korean players almost always punctuate their home runs with an extravagant bat flip. Some players will even flip their bat after hitting a foul ball.

The widespread acceptance of bat flips in Korean baseball might be confusing to American players who view it as a blatant sign of disrespect. However, Korean players are still very big on showing respect in one specific area: respecting your elders. Kurtz told us, “[If] a pitcher hits a batter and is younger than the batter, he should tip his cap toward the batter in apology. If he doesn’t, [the] benches may clear.”

The KBO doesn’t have the star power of the MLB or even the Nippon Baseball League (Japan’s professional league), but it has produced quite a few talented players.

The most notable KBO product is Hyun Jin Ryu. He played in the KBO for the Hanwha Eagles from 2006 to 2012 before signing with the Los Angeles Dodgers. Last season, Ryu was voted as the runner-up for the National League Cy Young Award. During this MLB offseason, he signed a four year, $80 million deal with the Toronto Blue Jays.

Also, Jung Ho Kang was a solid infielder for the Pittsburgh Pirates in 2015 and 2016. He even finished third in the National League Rookie of the Year voting in 2015. Before the 2017 season, he had his visa revoked due to a DUI. He eventually had his visa reinstated, but his MLB career never recovered.

The KBO has also served as a place for exiled MLB players to revive their careers. Eric Thames signed with the NC Dinos of the KBO in 2014 after bouncing around the minor leagues in 2013. This was an unexpected turn for Thames considering he’d had a very solid rookie season with the Toronto Blue Jays in 2011. Thames spent three years in the KBO and completely turned his career around by making some huge adjustments in addition to fully embracing his time in South Korea.

If you live in South Korea and aren’t able to attend a game in person, watching the game on TV can be just as entertaining thanks to the energetic commentary by KBO play-by-play announcers and color commentators. Home run calls are often accompanied by infectious yelling.

Check out this highlight video and listen to the home run calls by the Lotte Giants play-by-play guy. It’s amazing (plus you get some bonus bat flips thrown in for extra entertainment).

Now that we’ve gone over what makes the KBO so unique compared to other baseball leagues, we hope you have the chance to experience a KBO game in real life.

If you’re looking for info on how to attend a game in South Korea or how to stream games online, head over to MyKBO.net.