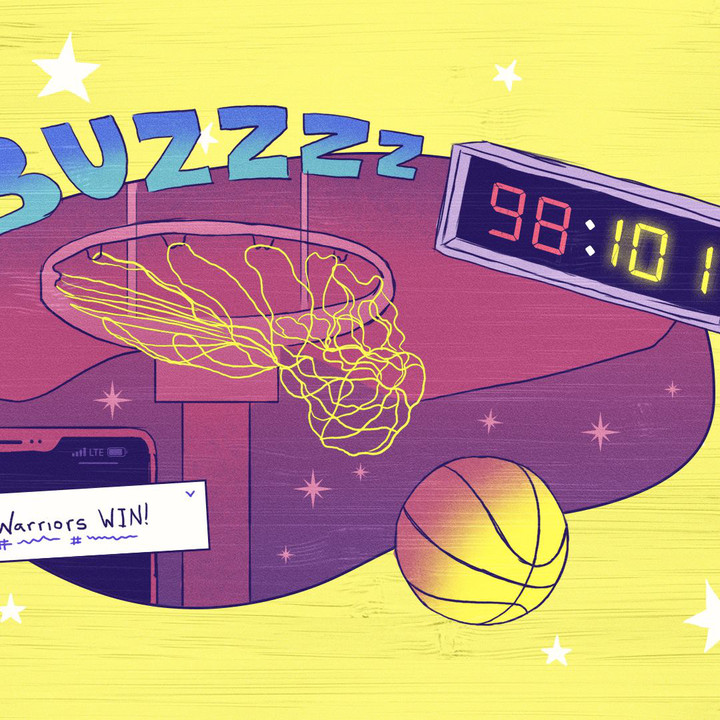 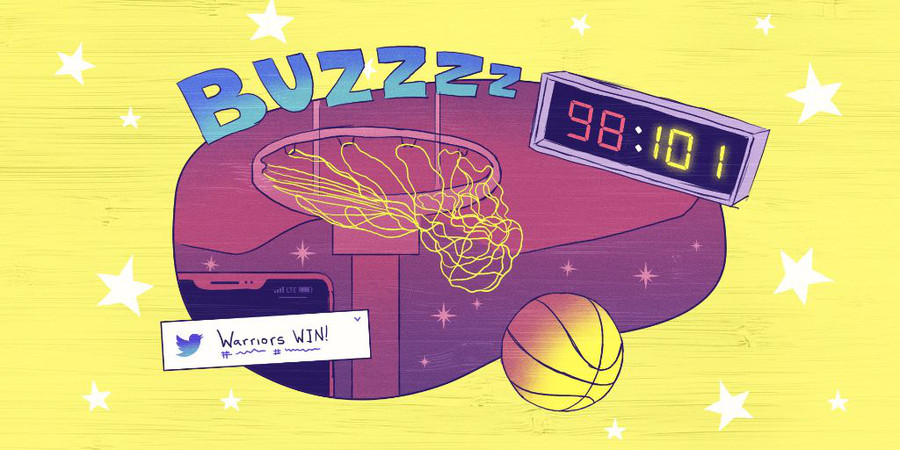 Ed. note: This is the next in a multi-part series on the NBA over the last decade. View parts one and two.

The NBA’s seismic 2010s were defined not just by an increase in three-pointers and a decrease in the postgame. Yes, the game changed—but it changed off the court, too. Over the decade, the league’s relationship with sports media, fandom, and itself was dramatically altered by the technological trends that shaped the rest of the world. Smartphones, social media, and constant access changed the game for players and fans alike.

The upshot? Engagement with the NBA is no longer limited to a few national television nights. Today, the NBA is a 24/7/365 league. Its fans have embraced social media as a vessel to consume the league and all things NBA-related every day, whether or not there’s a game (or even a season) going. #NBATwitter has helped the league grow in popularity, stoking the flames of fandom year-round and allowing once-passive viewers to participate more actively in high-profile discussions about the sport.

Like many aspects of the NBA in the 2010s, the rise of social media also coincides with increased player autonomy. More players now choose to share their side of the story without relying on spokespeople, reporters, or other mediators.

Social media has also become an important promotional tool: right now, you’re just as likely to find LeBron’s highlights on his own Instagram as on SportsCenter. (Philadelphia’s Joel Embiid has become a master of Instagram-as-viral-promo, tagging opponents and calling them out after beating them).

#NBATwitter (and Instagram) has had several iterations. But #NBATwitter, like most things in the NBA, happened first because of the players.

Shaquille O’Neal was one of the first NBA players to use Twitter regularly. As an entertainer, O’Neal took to the platform as a way to connect with fans or even meet up with them (that was in the early days, of course).

Another early adopter was Charlie Villanueva, who had a solid career…but is more likely to be remembered as the reason the NBA adopted social media rules. Villanueva dished about struggles his team was having and even tweeted about his coach’s halftime speech during the spring of 2009. Fans loved it; the league didn’t. But Pandora’s box was open.

After Villanueva’s candor made waves, many in the media created their own twitter accounts so as not to miss out on any more over-sharing. Still, that wasn’t long ago: it’s not hard to remember a time when social media wasn’t a must for following the NBA. Today, you’re missing half the fun if you don’t check your feeds before, during, and after each game.

A key player in the story of #NBATwitter…isn’t even a player. On a fateful night in 2011, Yahoo! Sports reporter Adrian Wojnarowski (forevermore known as “Woj”) changed the sports media landscape by scooping the NBA itself.

For over a decade, ESPN had been broadcasting the draft. But in 2011, Woj posted every pick of the first round of the draft on Twitter…several minutes before NBA commissioner David Stern announced the draft picks. Ever since that night, reporters have tried to beat the broadcast—and fans expect them to.

Wojnarowski had cut his teeth as a newspaper beat writer who wrote columns that were as illuminating as they were scathing. But no column had as much impact as his 2011 tweetstorm: by embracing Twitter, Woj and his “Woj bombs” completely changed how basketball news is reported. The NBA is now a league that runs all year long, at least as far as sports reporters are concerned.

As for ESPN, they decided they couldn’t compete with the upstart anymore and decided to bring him in. Woj still breaks draft news—but he’s now part of the official draft broadcast.

The LeBron and Durant letters

Most fans found out about LeBron James joining the Cleveland Cavaliers when Sports Illustrated shared a letter (co-authored by Sports Illustrated’s Lee Jenkins) entitled “I’m Coming Home” on the Cavs Twitter account. This kicked off an incredible series of reactions in real-time that led to tribute songs about his homecoming on the same day that NBA Summer League kicked off in Las Vegas.

Kevin Durant’s “My Next Chapter” letter, announcing that he was joining the Warriors, was published on the 4th of July in 2016 and also spread via Twitter. Then, his cover photo of a white t-shirt would be endlessly meme’d by fans who felt it was a little too easy for Durant to change teams. Maybe they were right: only three years later, Durant left the Warriors for the Brooklyn Nets.

While there’s no way to predict what will come in the next decade, there’s no way to tell the NBA’s story over the last decade without discussing how Twitter (and later Instagram) changed the way fans and players experience the game.

Watch the next decade of tweet-worthy NBA action via DIRECTV.