Superman or The Flash: Who’s Really the Fastest Man Alive?

The Flash has speed pretty much locked in as his personal brand. He’s even sometimes referred to as “the fastest man alive.”

But what about Superman, known as “faster than a speeding bullet”?

Fans have argued about this for at least 50 years, and even the heroes themselves have wondered which of them is faster. In fact, they’ve raced multiple times and have a well-established (but good-spirited) rivalry. 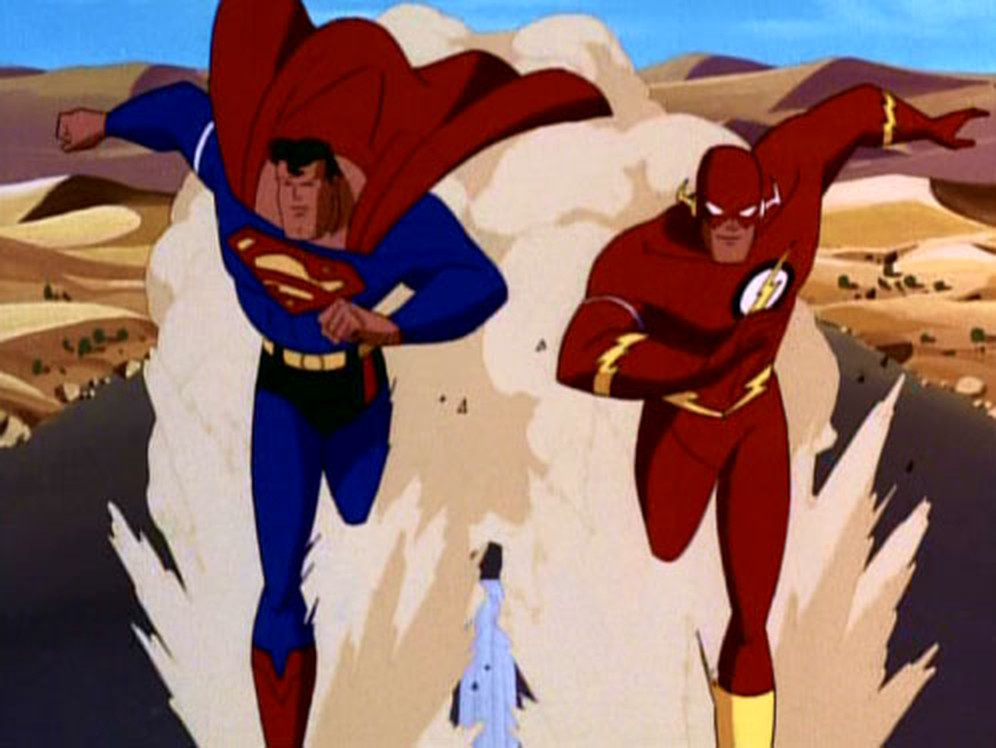 The first race to determine the fastest man alive came when the Secretary-General of the United Nations conceived of a benefit race between Superman and The Flash, with the money raised promised to fund aid programs for underdeveloped nations. The heroes raced around the Earth with obstacles in their way. No flying allowed.

Criminals interfered with the race, each side hampering the other, resulting in no advantage for anyone. Eventually, Superman and The Flash decided to finish in a tie, so no crime syndicate would benefit. They’re heroes, after all.

The two speedsters were challenged to a rematch by alien gamblers who had also bet on the first race and been disappointed by the tie. This time, the aliens threatened each hero’s home city if they lost. This race was simple: run to the nearest edge of the Milky Way Galaxy and back. The Flash was able to use interstellar dust to create oxygen and a footpath for him to use to run in space (just go with it).

Though both heroes finished without trying to tie, the results were inconclusive. The finish appeared different from varied angles, because of the relativistic speeds at which they were traveling. Science!

The Flash suggests he and Superman turn a heroic assignment into a race that will settle once and for all who’s the fastest. Of course, this race was sabotaged by Kryptonian criminals, including General Zod, who had escaped from the Phantom Zone.

Though both heroes were injured and had to literally crawl toward the finish line, The Flash was able to establish himself as the clear winner. However, Superman added the caveat “on this world.”

Hypothetical Matchups: What Could Happen?

While we know who would (just barely) win in a footrace, what other competitive sports could The Flash give Superman a run for his money?Superman would clearly have the advantage in all of the power sports, like boxing, baseball, football, soccer, and hockey. Anything he hits would immediately go through not only the goal, but probably also the goalie. In basketball, you’d have to clear the lane for him or take the hardest offensive foul of your life.

But what about the sports that require more finesse? In tennis, The Flash gets the advantage as long as Superman isn’t serving. The Man of Steel is probably too strong to keep from destroying the ball or the racket on every return—if he can even keep it on the court.

There’s probably only one competition that Superman and the Flash can partake in and know that their powers won’t give either of them any real advantage: bowling. No matter how fast or strong you are, there’s no superpower for accuracy (sorry, Green Arrow, you’re not allowed to participate).