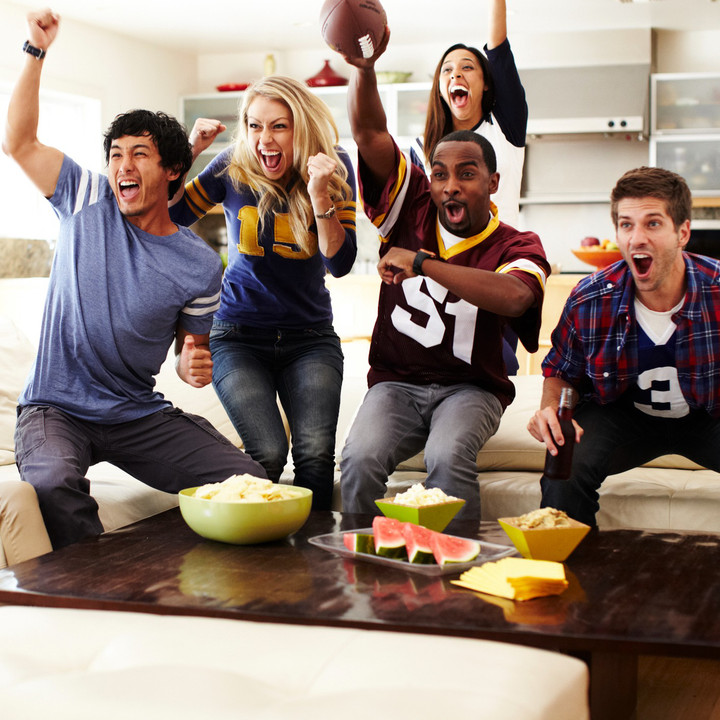 When you’re an avid sports fan, watching your team play is a must, and when you can’t access your favorite games, events, or teams, it can be extremely frustrating. Be it NBA, NCAA, MLB, MLS, WNBA, NFL, or whichever sport you follow, there will inevitably be times when you are faced with sports blackouts. But what does that mean? Why do they happen and how can you get around them? Let’s find out.

What is a Sports Blackout?

A blackout in sports is when a scheduled sporting event that was expected to be televised is not aired in a specific market. This means that programming is prohibited to air in certain regions and will usually display a blackout message or broadcast a different game instead. This is usually done to protect a home team’s territory or to preserve a contract.

How Do Sports Blackouts Work?

In most cases, a sports blackout is due to contractual agreements between various leagues (NFL, MLB, MLS, etc.) and programming providers (networks, stations, services, and satellite or cable companies). Sometimes a network or provider will have exclusive rights to certain games. For example, Apple TV+ has exclusive rights to Friday night MLB games and Peacock to 18 Sunday morning MLB games. Another prime example is DIRECTV’s exclusive deal with the NFL which gives subscribers access to out-of-market Sunday games with NFL Sunday Ticket.

It can be challenging to predict when an event will be blacked out because each of the sports leagues has different rules about determining how televised sports will be aired. In some situations, you may be able to access your home team games on local networks but can’t access your favorite out-of-market team. Another instance that may occur is when a provider doesn’t carry a regional sports network in a full territory but is still required to blackout a game because it’s considered in-market for the team. These are just a few of the reasons why a blackout may occur. One note – unlike most major sports leagues, college and minor leagues sports are rarely blacked out.

Find out when your favorite game is on and where you can watch it with our sports schedules.

How to Get Around Sports Blackouts?

When you simply must watch your team, sports blackouts can really get in the way of your plans. Luckily, there are a few ways to make sure you can catch most of your games. The easiest way to ensure you can watch as many games as possible is to subscribe to specific sports packages. DIRECTV is a good example with add-ons like NFL Sunday Ticket, MLB EXTRA INNINGS®, and NBA League Pass to ensure access to as many out-of-market games as possible. Even with subscriptions to these sports packages, it’s important to note that there can still be blackouts that affect certain games. For example, while DIRECTV SPORTS PACK unlocks out-of-market RSNs, pro games will be blacked out on these channels due to out-of-market rights belonging to one of the league-specific packages mentioned above.

Are there DIRECTV Sports Blackouts?

DIRECTV offers access to many games in several packages with access to most of the sports networks. The CHOICE, ULTIMATE and PREMIER packages on both STREAM and SATELLITE include most in-market regional sports networks and sports channels including ESPN, FS1, MLB Network, BIG TEN Network, Golf Channel and so much more. Beyond that, with tailored sports packages, sports fans have more access than most with DIRECTV. But that said, there are some cases where you still won’t be able to access your favorite game. Because blackouts are controlled by the leagues and contractual agreements, DIRECTV must enforce certain restrictions. Some common examples include:

It’s important to remember that these are just some of the reasons a blackout may occur, but other games may be blocked in certain areas due to league and contractual rules.

How To Get the Most Sports Possible?

When you simply must watch all your team’s games, it’s best to subscribe to a package that will give you a combination of national networks, specialty sports networks, and specific league-focused bonus packages. DIRECTV offers robust packages on both STREAM and SATELLITE that can be coupled with add-ons like NFL Sunday Ticket (with Satellite).

Learn more about blackouts and how to customize the perfect sports package for you with DIRECTV.

As the ongoing leader in sports and sports streaming, DIRECTV ...

The question many Premier League supporters are asking themselves going ...

The Tampa Bay Buccaneers were established in 1976 and are ...

The Seattle Seahawks were established in 1976 and are part ...