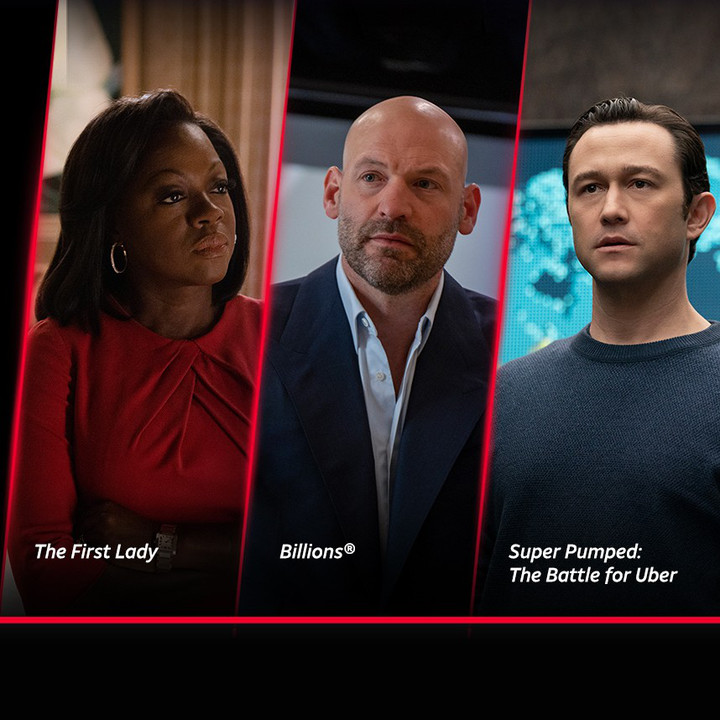 Watch the premiere of new series The Man Who Fell to Earth on Sunday, April 24, plus catch new episodes of new series The First Lady. Then, discover the critically acclaimed series Yellowjackets and the high-stakes drama series Billions® and Super Pumped: The Battle for Uber – all episodes available now on SHOWTIME ON DEMAND®. Subscribe today and get SHOWTIME® half-off for three months.+*

Get a glimpse into the intimate, unexplored stories of three women who changed the world from the East Wing of the White House. Academy Award® winner VIOLA DAVIS, Golden Globe® winner MICHELLE PFEIFFER and Emmy® winner GILLIAN ANDERSON star as Michelle Obama, Betty Ford and Eleanor Roosevelt. Be one of the first to watch The First Lady.

“THE MAN WHO FELL TO EARTH”

An alien (Chiwetel Ejiofor) arrives on earth with a mission: to learn to become human and find the one woman (Naomie Harris) who can help save his species. Together they discover that in order to save his world, they must first save ours. Don’t miss this inspired continuation of the novel by Walter Tevis and the iconic 1976 film starring David Bowie.

Get hooked on Billions®!  Mike Prince (COREY STOLL) takes his place on the Axe Capital throne and Chuck Rhoades (PAUL GIAMATTI) is convinced no one should have that much wealth or that much power in this high-stakes drama.

Beloved serial killer, Dexter Morgan (Michael C Hall), resurfaces in Iron Lake, New York after sailing into the eye of Hurricane Laura. He is living a homicide-free life under an assumed name when his son shows up. Thrown off balance, Dexter soon finds that his Dark Passenger is alive and well, and that he has very dangerous company in Iron Lake, NY. Watch the exciting new chapter to keep up with the hit series.

“THE WAR WITH GRANDPA”

Recently widowed grandfather Ed (ROBERT DE NIRO) moves in with his daughter (UMA THURMAN) and takes over his grandson Peter’s bedroom. However, sixth grader Peter doesn’t take lightly to the new arrangement and, in an attempt to win back his coveted private space ignites a fierce intergenerational prank war.

The Donovan family story continues with this full-length film. A showdown decades in the making brings the Donovan family legacy full circle as they find themselves drawn back to Boston to face the past. Struggling to overcome their violent upbringing, their fierce love for each other keeps them in the fight.

After Yang  is a sci-fi drama that features a family as they try to repair their android child. Despite its robotic implications, the heartwarming film showcases true familial love, in all forms. Colin Farrell, Jodie Turner-Smith, and Justin H. Min lead this Kogonada written and directed film.

We embark on a fantasy adventure with The Green Knight. King Arthur’s nephew, Sir Gawain (Dev Patel) is tasked with confronting the Green Knight and meets many ghosts, thieves, giants and grifters along the way.

Don’t wait another minute. Subscribe to SHOWTIME® with this great offer and discover many more series to love, movies to enjoy and much more.

*Subject to change. Terms apply. $5.49/mo. for 3 month(s). Service auto-renews thereafter at then prevailing rate (currently $10.99/mo. for SHOWTIME®), until you change or cancel.

+Subject to change. Terms apply. $5.50/mo. for 3 month(s). Service auto-renews thereafter at then prevailing rate (currently $11/mo. for SHOWTIME®), until you change or cancel.