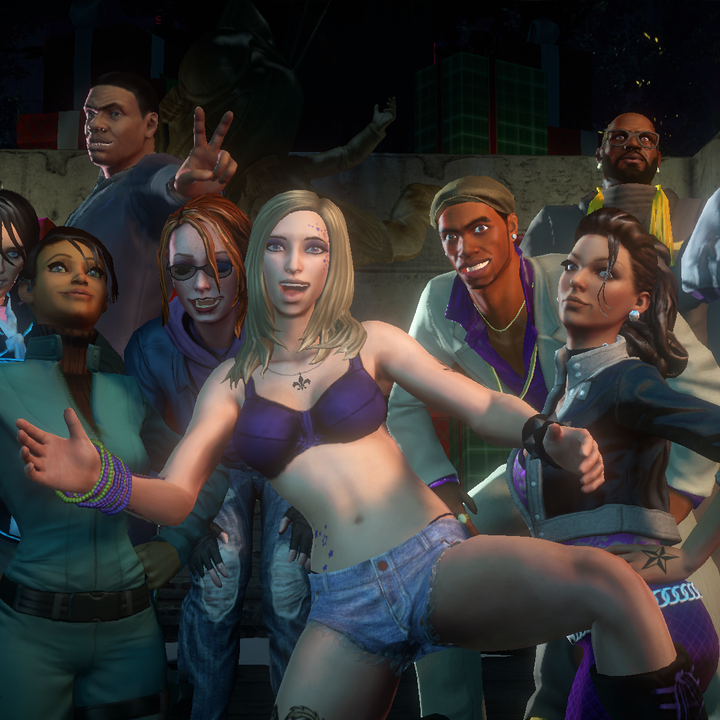 Video games are no strangers to politics and despite all the complaining about keeping politics out of gaming, there have been plenty of political video games. There’s simulators such as “Tropico” and “Democracy,” military shooters like “Call of Duty” and “Battlefield” and then there’s “Saints Row 4,” a game that lets you play as the most powerful president in American history while also delivering some hilarious political satire.

The “Saints Row” series originally began life as just another “Grand Theft Auto” (GTA) clone from the mid to late 2000s. It let players shoot cops, perform drive-bys on rival gangs and steal cars. Something that always defined the series was its tendency to parody just about anything. From a luchador that only speaks in wrestling terminology to its riff of “Mass Effect’s“ loyalty missions, the series is no stranger to satire.

With the release of the “Saints Row The Third,” it became clear that developer Volition was intent on ridding the series of its “GTA clone” status. This is where the series began to lean heavily into the absurd and ridiculous. The entire series lets players control the leader of a street gang called the Saints. In the third game, you and your gang have become celebrities and take on rival gangs in a quest to takeover a city. In “Saints Row 4,” you’ve become the president of the United States. If that isn’t jumping the shark, I don’t know what is.

“Saints Row 4’s” switch in tone is unexpected, but, in the end, I think it was worth it. If you were to judge a book by its cover (or in this case a game), you would think “Saints Row 4” is all about being the American president. The game’s re-release is even retitled “Saints Row 4: Re-Elected.” The game only focuses on being president for a few minutes, and the opening mission is a parody of the film “Zero Dark Thirty” requiring the player to hunt down and kill a terrorist. This leads to the Saint’s leader, also known as “boss,” becoming president.

As the president of The United States, the boss gets to make important decisions, such as deciding to cure cancer or end world hunger and punches a congressman in the head — or his other head — if you know what I mean.  Eventually, at a White House press briefing, aliens known as the Zin invade Earth. This leads to a shootout with the invading army that ends with the earth being destroyed and the boss and the rest of the saints being captured.

This is where superpowers come into play. The boss has been captured and placed into a simulation controlled by Zinyak, leader of the Zin. This Matrix-like environment opens up so many new gameplay features with the most significant being the powers. Once the boss is rescued from captivity, they re-enter the simulation once it has been modified to give them superpowers. These powers include a super jump, super strength, super speed, and blasts. It’s obvious from playing that the game has many influences from other games.

The first that jumps out to me is “The Incredible Hulk: Ultimate Destruction.” In that game, you play as the Hulk and jump around large city levels collecting glowing orbs, gliding through the sky, and destroying weak enemies. All of this is in “Saints Row 4,“ but the formula has been tweaked significantly. Players can shoot fire and ice from their hands while also using guns and melee weapons. Powers can also be combined to create devastating combos. The most common of these combos is freezing enemies and then using the stomp power to shatter them instantly. If you don’t want to use the stomp ability, you could just shoot them, or you could even use your telekinesis to throw them halfway across the city.

With so many ways to use your powers, “Saints Row 4” feels like it’s being played with cheat codes.

When not inside of the simulation, the boss roams around their own spaceship where they can listen to audio logs and accept missions from other members of the Saints. This portion of the game mirrors the “Mass Effect“ trilogy where you control Commander Shepherd, who commands his own ship and crew. Players are able to accept loyalty missions from their crew while on the ship. These loyalty missions, like those seen in the “Mass Effect” series, give each crew member some character development and make them “homies,” meaning they are eligible to be called on for assistance in the simulation. My absolute favorite and unexpected homie in the game is pro wrestling legend Roddy Piper, who appears in the game alongside Keith David in a recreation of their fight scene from the classic film “They Live.”

“Saints Row 5“ is on the way at some point, so hopefully “Saints Row 4” fans, like myself, won’t have too long to play it. I don’t even care if it goes back to being another “GTA” clone at this point. As long as the game is hilarious and makes me feel incredibly powerful, then I’ll be happy.