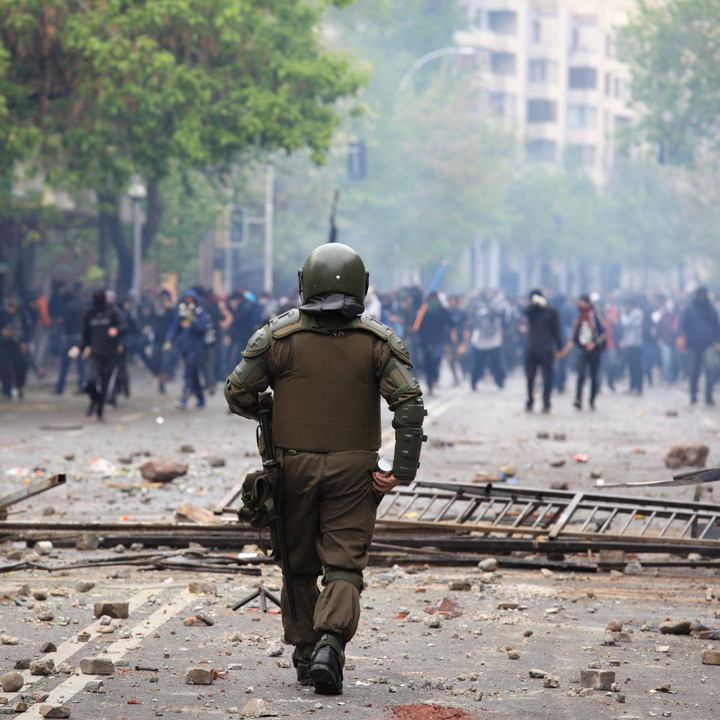 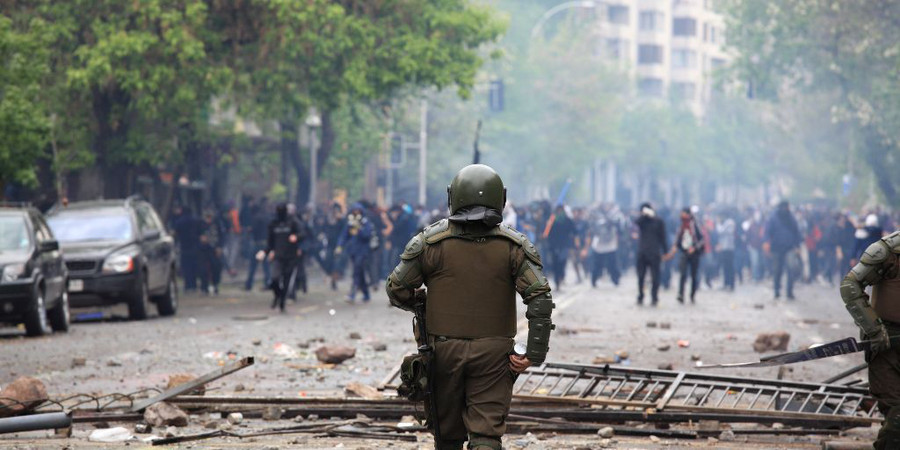 In the music video for his new protest single, “The Bigger Picture,” hip-hop star Lil Baby zigzags through the streets of his hometown, Atlanta, on a bike during recent protests wearing a Black Lives Matter T-shirt and a face mask that says No Justice No Peace. Interspersed with clips of the artist rapping among protesters is news footage from recent uprisings throughout the country. “You can’t fight fire with fire, I know / but at least we can turn up the flames some,” Lil Baby, 25, raps through distorted vocals as footage of a police car on fire in downtown Atlanta is shown.

Lil Baby didn’t start rapping until 2017, after a stint in prison on drug and gun charges, but he’s quickly achieved crossover stardom through a prolific stream of trap singles (his biggest hit to date is 2018’s “Drip Too Hard” with fellow Atlanta rapper Gunna.) He’s signed to Quality Control, the power brokers behind stars such as Lil Yachty and Migos, and his album “My Turn,” released in February, returned to No. 1 on the Billboard album chart in wake of the protests, a flex that caught the eye of the music industry in the high-turnover streaming era. “I got power now, I gotta say something,” he raps on “The Bigger Picture.”

Lil Baby isn’t the only chart-topping rapper to respond to the moment. DaBaby, the charming 28-year-old Charlotte, N.C., native whose hit song “Suge” (named for imprisoned mogul Suge Knight) catapulted him to stardom last year, released a new version of the Roddy Ricch-assisted single “Rockstar,” dubbed the “BLM Remix,” days after the original version topped the Billboard Hot 100. It’s the rapper’s first No. 1 on the chart.

While the two rappers have little in common besides their similar monikers and occasional collaboration together, their ascension during a time where hip-hop reigns as the dominant genre makes them two of today’s biggest music stars. They’ve collaborated with artists such as Camilla Cabello and scored endorsement deals with companies like Reebok. Neither is considered a politically conscious rapper; there would have been no outcry, or even a raised eyebrow, if they’d posted Black Lives Matter graphics on their social media accounts and moved along. Instead, they picked up their pens and rush-released urgent new bars about the uprisings.

The original version of “Rockstar” has dominated streaming charts for weeks, hinged on a plucked guitar riff over which DaBaby raps about having PTSD following an incident in 2018 in which he fatally shot a man inside a Walmart. (In the song, DaBaby claims he was defending his daughter; he was later found guilty of a misdemeanor weapons charge and received probation.)

In the new version of “Rockstar,” DaBaby, who has publicly accused police of harassing him since he became famous, raps about his lifetime of interactions with law enforcement (“As a juvenile, police pull their guns like they’re scared of me”) before addressing recent protests. “Now we’re all fed up and n— coming back for everything / Rockstars, n— / Just watched the news, they’re burning cop cars, n— / Kill another n—, break the law / then call us outlaws n—,” he raps, aggressively emphasizing “cop cars” and “outlaws.” Both the original version and the remix of the song feature the hook, “Brand new Lamborghini, f— a cop car / With a pistol on my hip like I’m a cop.”

Lil Baby and DaBaby aren’t the only hip-hop artists whose new music reflects the current unrest. The Atlanta-based rap group Spillage Village recently released a video for its single “End of Daze” that features footage from protests displayed on a vintage TV screen in the middle of a field. After the June 12 killing of Rayshard Brooks by Atlanta police, Wale dropped “June 5/QueenZnGodZ,” charging police with “thinking the badge is better than having some heart.” Oxnard native Anderson. Paak rapped “sicker than the COVID how they did him on the ground” on his new “Lockdown.”

This isn’t novel in rap, of course. Artists from Public Enemy and N.W.A to Kendrick Lamar and 21 Savage have long included messages about race and politics in their work.

Still, at a time when celebrities and brands are under increased scrutiny to say the right things about systemic racism and police brutality, there’s been an ongoing discussion about the role and effectiveness of celebrity activism. The scrutiny is heightened for black celebrities who sometimes feel an immense pressure to illuminate the plight of an entire race.

Case in point: Last week, hip-hop superstar J. Cole released “Snow on the Bluff,” a song that seemed to take aim at Noname, a burgeoning female rapper who regularly speaks out on social and political issues. In the song, Cole takes issue with Noname’s “tone” in a now-deleted tweet where she called out “top-selling” rappers for their silence on social media after Floyd’s death. Cole, who has increasingly touched on social issues, subsequently tweeted: “I haven’t done a lot of reading and I don’t feel well equipped as a leader in these times,” while adamantly standing by his song. While the song itself has been labeled by some critics as a misguided attack on Noname based on his own insecurities, his response to the criticism underlines the dilemma rappers sometimes face when they’re positioned (or position themselves) as leaders in ways they aren’t equipped to handle.

That same day Lil Baby released “The Bigger Picture” video, Brooks was fatally shot in the back by an Atlanta officer after a fight in a Wendy’s parking lot. “Corrupted police been the problem where I’m from / but I would be lying if I said it was all of them,” Lil Baby raps in “The Bigger Picture.” And yet, in the week since charges were filed against the officers, including felony murder for former officer Garrett Rolfe, an “unusual” number of their fellow officers “called-out” of work, signaling a loyalty to uniform and power over an oath to serve and protect.

Lil Baby and DaBaby are rich young music stars, not organizers or activists. Hundreds of years of systemic racism aren’t going to be solved in a song. But hip-hop’s preeminence in American popular culture provides young black artists a chance to be heard. And neither money nor fame shield Lil Baby and DaBaby from bearing the weight of being black in America.

This article was written by Jewel Wicker from the Los Angeles Times and was legally licensed via the Tribune Content Agency through the NewsCred publisher network. Please direct all licensing questions to legal@newscred.com.