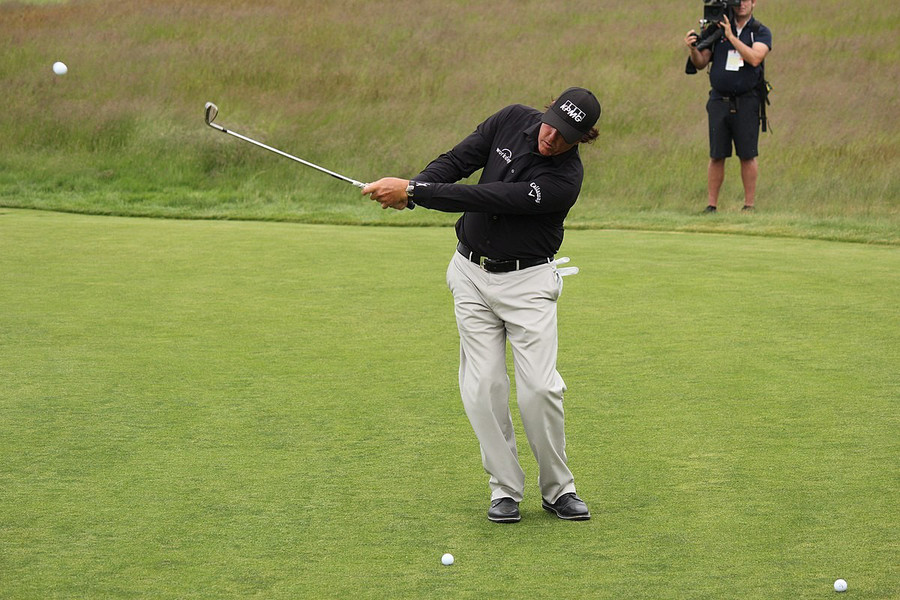 Reigning PGA champion Phil Mickelson will not be present to defend his title as the best golfers in the world compete next week at Southern Hills Country Club in Tulsa, Oklahoma.

On Friday, the PGA Championship announced that Mickelson, who became the oldest major winner in PGA history last year at Kiawah, had withdrawn from the tournament.

Mickelson has not played competitive golf since his incendiary comments on the upcoming Saudi Golf League were made public earlier in the year.

“They’re scary [edited exclamation] to get involved with,” Mickelson said of the Saudi Golf League, in an interview with Alan Shipnuck that was published earlier this year. “We know they killed [Washington Post columnist and U.S. resident Jamal] Khashoggi and have a horrible record on human rights. They execute people over there for being gay. Knowing all of this, why would I even consider it? Because this is a once-in-a-lifetime opportunity to reshape how the PGA Tour operates.”

In the wake of Mickelson’s comments coming to light, Lefty stepped away from competitive golf, offering an apology/non-apology for how his words were received.

“I know I have not been my best and desperately need some time away to prioritize the ones I love most and work on being the man I want to be,” Mickelson wrote at the time.

Since then, it’s been unclear whether Mickelson was suspended by the PGA Tour, or was simply choosing to take time away from the sport on his own accord. The PGA Tour does not make its suspensions public.

Regardless of any potential disciplinary actions, the announcement made by the PGA Championship on Friday framed Mickelson’s absence as his own decision.

Even as Mickelson has been away from competitive play, the Saudi Golf League, now operating under the name LIV Golf, has continued its march toward existence, with the first tournament of the new league set to be contested in London in June.

The PGA Tour announced this past week that it would not be granting players exemptions to compete in the upcoming tournament, setting up a potential legal battle in the near future.

Mickelson’s plans moving forward, and whether or not he will participate in the coming LIV Golf debut event, remain unclear.

Read the original article on Insider

This article was written by insider@insider.com (Tyler Lauletta) from Business Insider and was legally licensed through the Industry Dive Content Marketplace. Please direct all licensing questions to legal@industrydive.com.