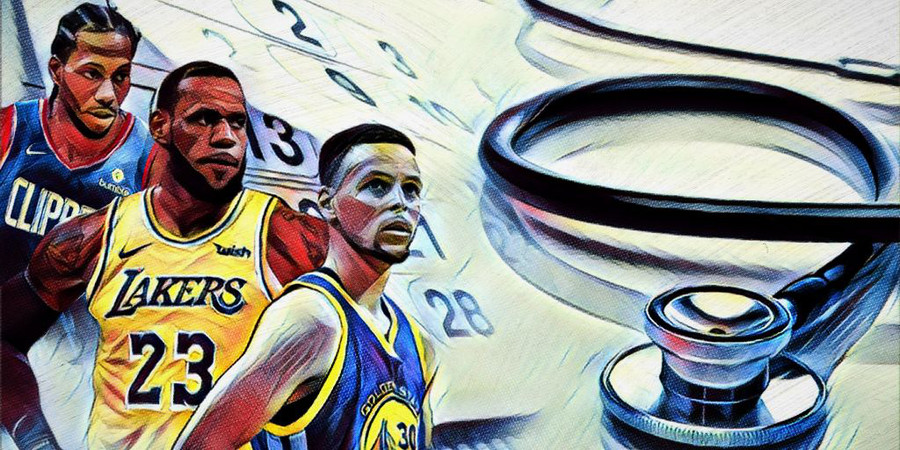 Part 1: Yes, Load Management Is the Future of the NBA

The year was 2012. David Stern was entering his final season as the commissioner of the NBA. And after the San Antonio Spurs not only rested their players, but more controversially failed to even bring Tim Duncan, Tony Parker, Manu Ginobili, and Danny Green to a marquee road game against LeBron James and the Miami Heat, Stern fined the team $250,000 for causing a “disservice to the league and our fans.”

The year is 2019. LeBron James, now 34, sits out a marquee February matchup against the Golden State Warriors on the eve of the Super Bowl to recover from a groin injury. That same season, 2019 NBA Finals MVP Finals Kawhi Leonard plays only 60 regular season games before his 28th birthday.

“Me missing games isn’t just to keep me fresh,” Leonard told reporters during the regular season. “It’s obviously making sure I don’t reinjure something that I was out for last year. [Raptors medical staff] have been doing a good job of reading images and making sure that I’m improving instead of declining on the health side.

“It feels a lot better than when I started the season. There was a little spell where it kind of plateaued but everybody brought their minds together and we figured out a way, and now things are looking good and I’m feeling good.”

This time around, there’s no controversy, no Sternly worded statement. Just a buzzword:

What was once a punishable offense for a game in the first month of the season has not only become en vogue, but perhaps the most viable strategy for championship-caliber NBA teams going forward.

And it’s no secret why: healthier teams usually prevail in the Finals. Look no further than this year, where the Raptors were able to stay relatively healthy, while Golden State superstars Kevin Durant and Klay Thompson suffered grievous long-term injuries.

But this isn’t a 2019 phenomenon. Injuries have dictated team success for years. According to research by NBA injury analyst Jeff Stotts of InStreetClothes.com, the two teams that have lost the most salary to injuries since the 2005-06 season are the New York Knicks and the Los Angeles Lakers.

According to Stotts’ research conducted over the last 13 seasons, the Knicks have lost an estimated $170 million in player salary due to injuries; the Lakers the second most at a meager $150 million-plus. So it shouldn’t be a surprise that over the past six years, or just less than half of the sample set, the Knicks and Lakers have the two worst records in the NBA.

Data proves conventional wisdom: team health is critically important to team success, especially with the highest-paid players. It follows that we’ll likely continue to see players add “load management” to their regular season regimen – before they suffer an injury. The potential rewards of health, deep playoff runs, and a better shot at championships make it too enticing for players to turn down.

For example, after suffering the first real long-term injury of his career after playing every game of the season up until Christmas, James may take a few more load management days going forward in order to prepare for the playoffs. It certainly worked for Kawhi, who ran through the playoffs like a wrecking ball. On the other end of the spectrum, we saw Kevin Durant play over 41 minutes in six straight games before going down with a calf injury in the second round of the playoffs, an unfortunate precursor to his devastating Achilles injury in the Finals.

On the other hand, players such as Boston’s Kyrie Irving also took part in load management throughout the season, only to falter in the postseason. Rest may not be a recipe for playoff success, but it’s clearly an ingredient.

For its part, the NBA itself is coming around to the idea, attempting to lessen the strain of back-to-back games and avoid the dreaded four games in five nights. Two seasons ago, they moved the start of the season up two weeks to allow additional space in between games. They also extended the All-Star break from just an extended weekend to at least a full week, and in some cases, as many as 9 days. And this June, Stern’s successor Adam Silver announced that the league will use its 75th anniversary season in 2021-22 to test some truly bold initiatives, such as a midseason tournament, a postseason play-in similar to the NCAA’s, and yes, a shortened season. Such a reduction has huge implications across the league, from the collective bargaining agreement to arena leases, but just seven years after the Spurs incurred the wrath of nearly the whole NBA ecosystem, it’s remarkable how much considered attention the idea of player workload is getting.

But is it ultimately the best thing for the league, or the game itself? What’s more important: the potential of a high-quality product every night, or more certainty that the league’s 450 players will suit up every night?

It’s likely we won’t have the answer for at least several more seasons. But the stage has been set for teams to take load management to a new level. For teams with a reasonable goal of a championship, it’s going to be impossible to not think about the upside. The Raptors winning the championship while embracing load management will be a lasting memory in the minds of most basketball fans, and it’ll likely weigh even more in the minds of the NBA’s top decision makers and superstars. It’s evidently a winning strategy come playoff time. After all, only one team can have Kawhi Leonard, but every team can try his load management strategy.

Click here for Part 2: What Are the Consequences of Load Management in the NBA?