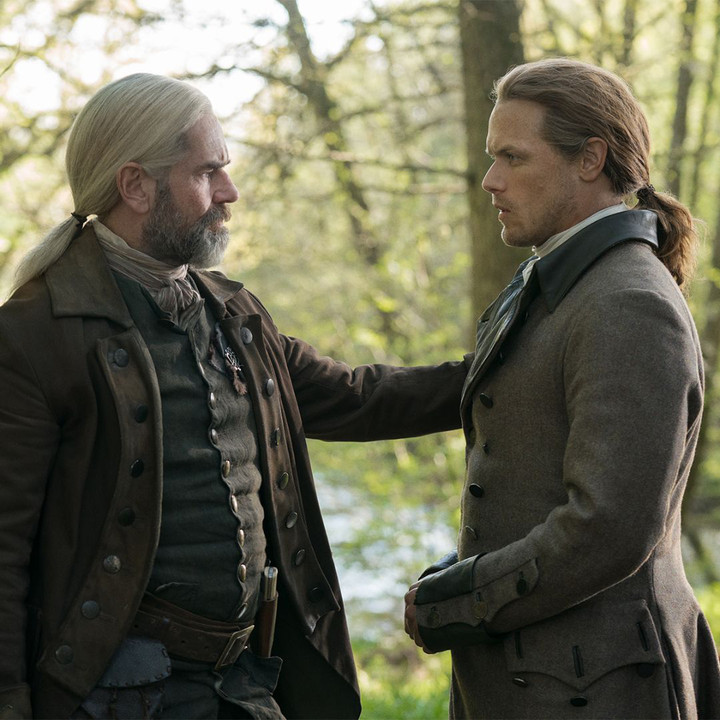 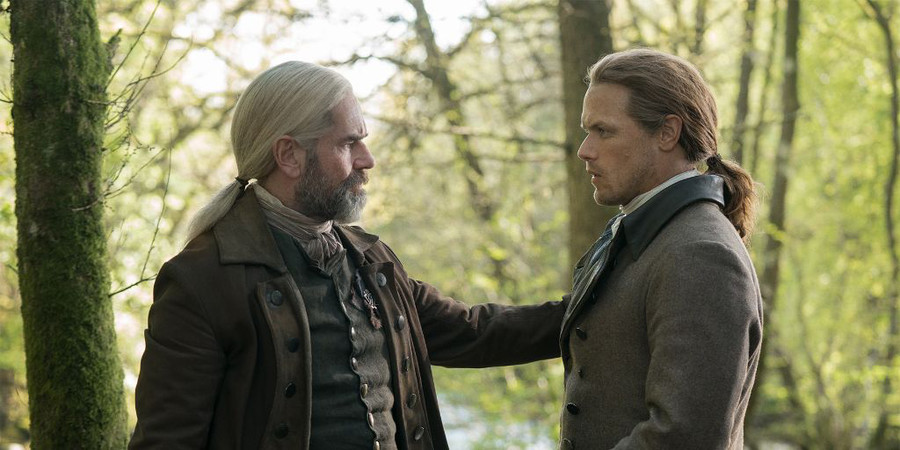 When Outlander returns to Starz for its fifth season, it will mark the first time the show doesn’t have any time travel. The season is based on the book The Fiery Cross, which is all about the Fraser family settling in at the ridge. Ahead of its return, get STARZ® now on DIRECTV and read on to find out what’s in store for your favorite Outlander characters this season.

The Fiery Cross is a much slower novel than its predecessors, focusing on the main characters. The plot follows Jamie (Sam Heughan) as he finds himself trapped between the Crown and the rebellious colonists, and Claire (Caitriona Balfe) as she finds herself trying to save people’s lives without the help of adequate medical supplies. The book’s slower pace actually made it challenging to adapt for television. In a recent interview, executive producer Maril Davis told us that adaptation was no small feat.

“Of all the books, this is the one I had the hardest time reading more than once,” said Davis. “When I’ve talked to [author Diana Gabaldon] about it, I think she feels the same way.”

Part of what made adapting The Fiery Cross so difficult was the fact that there are fewer tent-pole moments to construct the season around. Instead, the dramatic tension comes down to the quieter moments between characters. Naturally, this puts more of a burden on the actors who can no longer rely on the large-scale, event-based sequences to carry an episode. It turns out, though, that Davis is proud of the actors’ performances across the board.

“We’re really proud of what the actors have done this season,” said Davis. “It’s not an easy season and I think everyone will really enjoy the hard work they put into it.”

Even so, there is still a lot of action packed into the season. One of the biggest sources of tension is that between Jamie and Murtagh (Duncan Lacroix). Keeping Murtagh alive is one deviation away from the book series that fans are really excited about. But they are also worried about Jamie’s fate. He swore an oath to the Crown, being on opposite sides from his godfather, who is leading the Regulator rebellion. It feels as though Jamie and Murtagh are on a collision course that will only end in heartbreak, something Davis does not deny.

“This season, [Murtagh] has a really interesting storyline. These two gentlemen have been basically father and son, godfather and son, and their loyalties are divided for the first time. They are on the opposite side and it provides heartbreak, but it also provides such an interesting, dramatic storyline,” teased Davis.

She also said that fans of “Murcasta,” which is the portmanteau given to the relationship between Murtagh and Jamie’s Aunt Jocasta (Maria Doyle Kennedy), will be in for some fun surprises this season.

“There are a lot of interesting things for Murcasta this season. It’s kind of interesting to do something that wasn’t in the books,” said Davis. “[It’s] tricky to figure out how to still stay on the basic line of the books, but still incorporate him in. Especially with his new love affair with Jocasta.”

And speaking of relationships, the beginning of the season features a lovely celebration of the marriage between Brianna (Sophie Skelton) and Roger (Richard Rankin). But as they settle in at Fraser’s Ridge, Rankin tells us that Roger finds himself at a bit of a loss of how to find his place in the 1770s.

“He’s definitely a fish out of water. That’s a phrase I use repeatedly for Roger in season five,” said Rankin. Roger has to negotiate the conflict of time. In season five, “there’s a whole host of things he has to evaluate and discover about himself — how does he fit into that time? How does he fit into the 18th century? He’s not equipped to deal with the 18th century. He doesn’t have the skills that people who are of age normally have, normally take for granted.”

But that’s also what Rankin finds exciting about Roger’s journey this season, telling us that it’s “really exciting watching Roger’s story unfold and the evolution of that character as he is thrown into the deep end.”

Rankin especially enjoyed watching Roger’s relationship with Jamie develop. It grew in “baby steps,” he said, adding that he enjoyed its slow progression.

And then there’s Brianna, who is not really aware of how out of place Roger feels in the 1770s. According to Skelton, there’s a tension between Roger’s discomfort and Brianna’s feeling right at home. They struggle to decide whether they should stay in the past or go back to their own time period.

“For Brianna, she finally has this family around her that she never had and leaving that behind is such a big decision for her to make,” said Skelton. “Roger is a fish out of water in that time and Brianna’s not naive to that. Brianna’s had a horrific time in that time period too.” But ultimately, she feels that she belongs where she is.

Whatever Roger and Brianna decide, ultimately the decision is dependent upon whether or not their son, baby Jeremiah (“Jemmy”), is able to travel through time. Skelton argued that the child’s well being is the main issue at stake, while Rankin argued that Roger is most concerned about his family’s safety.

Whether that means staying in the 1770s or going back to the 1970s is something viewers will just have to tune in to find out. Outlander premieres Sunday, Feb. 16 at 9 p.m. ET/PT on Starz.

Get STARZ® now on DIRECTV.