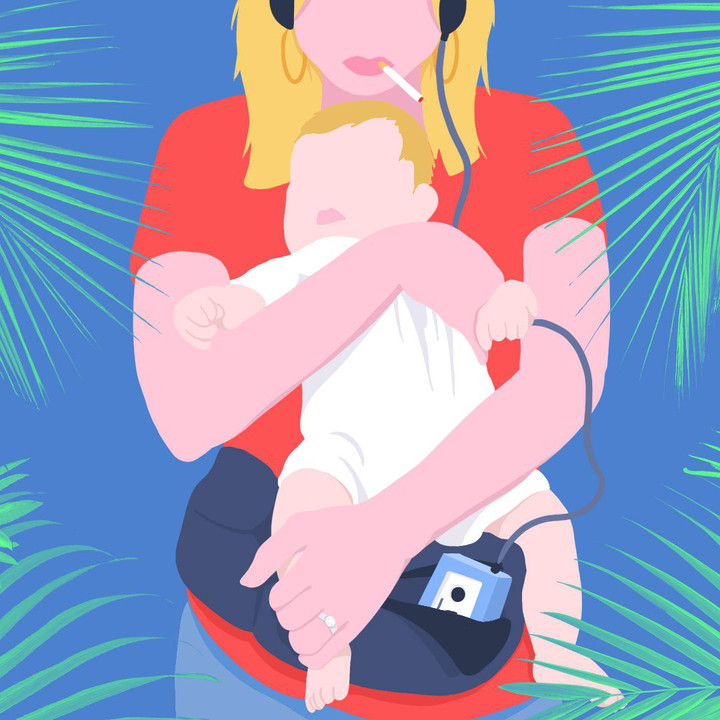 This August, Showtime is set to debut a dark comedy called On Becoming a God in Central Florida. It’s deranged, bizarre, and one of the best shows debuting this TV season. Kirsten Dunst, who is also an executive producer, stars as Krystal Stubbs, a young wife and mother who finds herself embroiled in a pyramid scheme organization after the death of her husband, Travis (Alexander Skarsgard).

Travis had been working tirelessly for his “upline” boss, Cody (Théodore Pellerin), who takes Krystal under his wing after Travis dies. Krystal, her baby daughter Destinee in tow, gets caught up in the scam as the show examines the “American Dream” through the lens of nefarious multi-level marketing organizations. Of course, the show’s Florida setting provides a richly-textured backdrop for a dark comedy.

“Interestingly, we made a pilot this past year that took place in central Florida that involved some beauty pageants that had alligators,” Showtime’s co-president of entertainment Gary Levine tells the 2019 Television Critics Association summer press tour. “And then we saw On Becoming a God, which did that and elevated it to a whole other level. Kirsten Dunst is brilliant in it, and the tone of it is just spot on … it was saying things that we felt were interesting and exciting and doing it in a really smart and stylish way.” 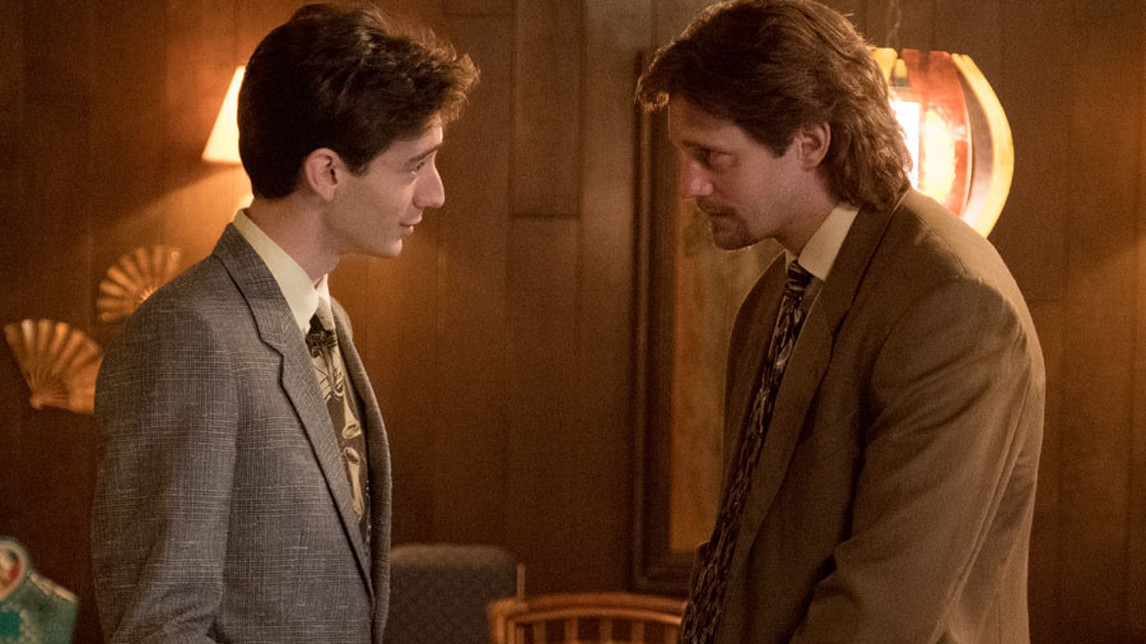 The idea came from the minds of Robert Funke and Matt Lutsky. This is their first major TV project. In an interview, they tell DIRECTV that they wanted to write something about a cult, and exploring a multi-level marketing (MLM) scheme felt appropriate.

“Matt and I had been looking for something to write about in the realm of cults,” says Funke. “I grew up very religious … and we started looking into people who had been in deprogramming therapy for cults and found that that therapy is used almost more often for people coming out of multi-level marketing schemes.”

“There’s a certain kind of devotion that these organizations command that the more we looked into it, the more we would see all of these examples of people being pushed to their breaking point and people sacrificing everything in their lives to try to make this thing that isn’t designed to work, work.”

They note that the deeper they got into this project, the more they heard stories from friends and family about getting sucked into very similar situations. Sometimes, those real-life stories involved plotlines they considered too outlandish for their TV show.

“The more we worked on it, the more people I grew up with and the more people in my family who have been involved with organizations like this have been like, ‘Oh, I’ve got a story to tell you.’ And it’ll be something that we pitched in the room and we realized no, that’s a little too farfetched. It really does draw out a lot of insanity,” says Funke.

One character who is definitely drinking the MLM Kool-Aid is Cody, a mid-level brick in the pyramid who has bought into the company 110 percent. Actor Théodore Pellerin tells us that his character is one of those people who truly thinks he can do great things through this program, not realizing what a horrible scam it is. 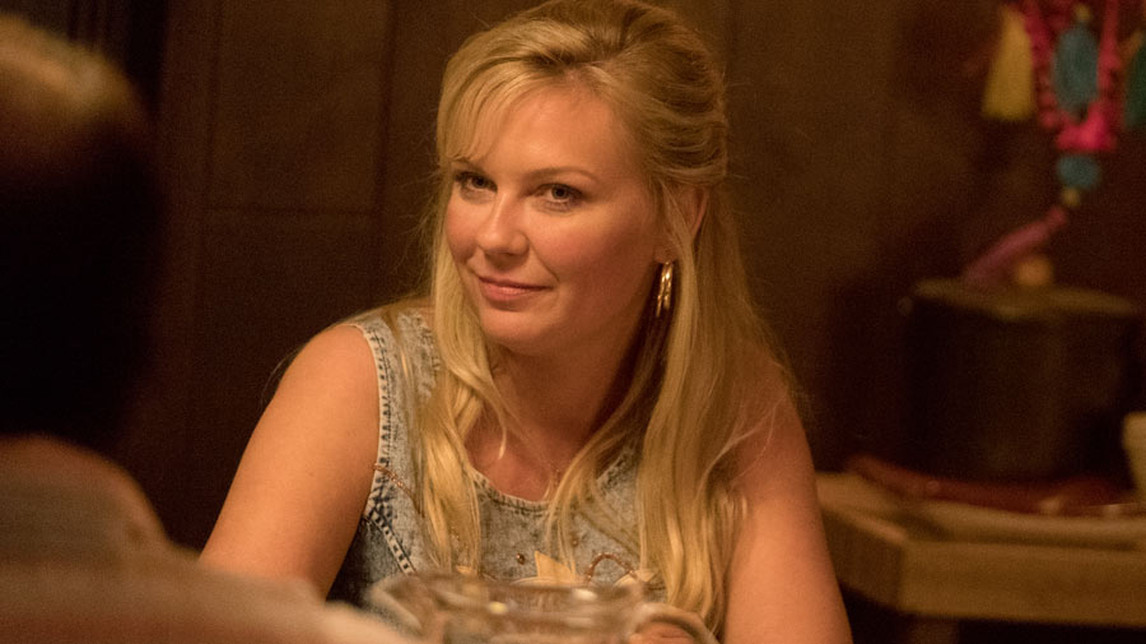 “Cody is a fervent believer in FAM, Founders American Merchandise,” says Pellerin. “He is devoted to the system, where people are brought in for success and for a better life where they can become the person they’ve always wanted to be and the successful businessmen that they should become. And I think that Cody truly believes in that. He really thinks that FAM is a way of helping people. For him, it’s a way of becoming someone but also helping others. That’s part of his dream, he wants to bring people towards happiness and towards a greater life.”

“I think he really thinks that FAM is a way to success and that if you work hard enough and that if you believe in it, you’ll get to a great place,” says Pellerin, which is exactly what the producers are making a commentary on — how easy it is for a cult to form under the guise of a regular company by promising people that it will make them rich. 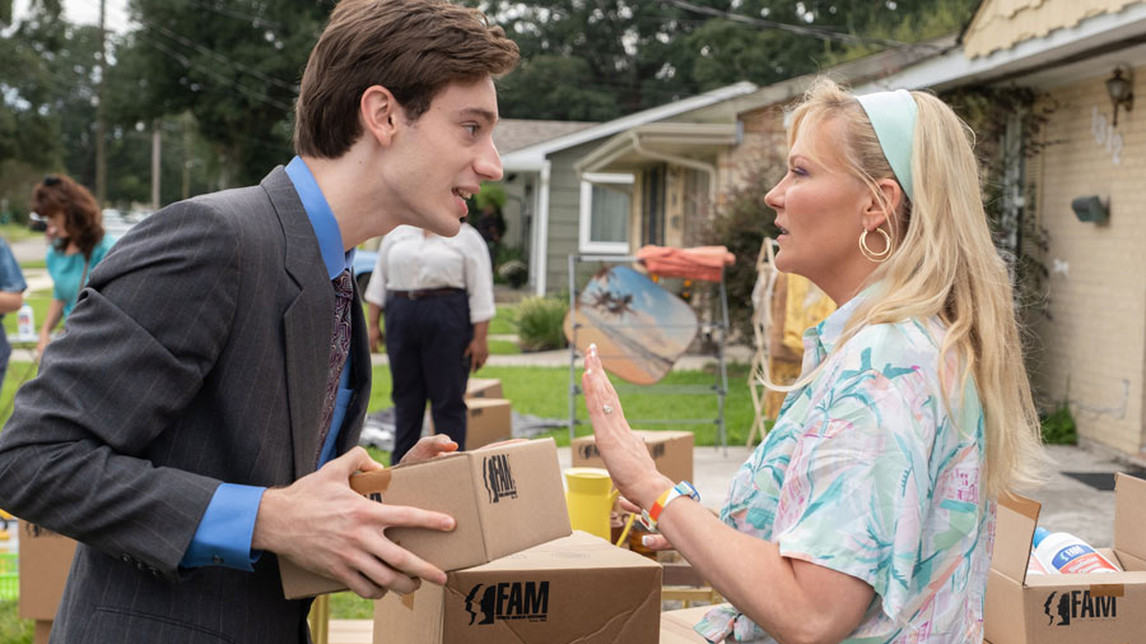 “The afterlife here is not like a comet that takes you to heaven, it’s just being rich and successful like all the rich and successful people we see on TV and in magazines all the time,” says Funke. “So when you have the same mechanisms and fervor of a cult mentality, but you’re applying it to ‘do you wanna get rich? do you wanna be a successful person in this country?’, I think we immediately knew that this is a way to write about regular life that feels like a cult story … It’s recognizable and relatable for us in a way that — people who follow more esoteric religions, that just feels like you’re kind of laughing at them, but we suddenly realized that we identified with these characters and these people so much more than any of the people we’d been writing about recently.”

Lutsky adds, “Everybody needs to have a job and everybody wants to have a better life and it’s so much easier to get sucked into something if it feels like something like your normal career in the first place rather than people in robes in some religious institution.”

On Becoming a God in Central Florida premieres Aug. 25 on Showtime. Catch every episode with DIRECTV.