Netflix’s new most popular show in its history is Squid Game, a series where contestants play children’s games until only one of them is left alive.

Netflix has previously announced they want to get into the video game industry and publish games within their app based on their original series.

You can see where this is going.

In a new, rather fantastic interview with The Hollywood Reporter, Netflix’s Minyoung Kim, VP of Content for Asia Pacific, has confirmed that yes, Netflix’s new interest in gaming has branched into an interest into turning Squid Game into a video game:

“We’ve been getting an overwhelming but happy volume of requests from the organization — from the consumer product department, from the gaming group, from our other international teams. My team’s role is to really look at all of those opportunities together, to create that roadmap for the Squid Game IP. We are looking at multiple different areas — from games, consumer product, and others — to really figure out what we can bring to our audiences to increase their affinity towards our content and give them more joy, while staying true to the world that our creator has built.”

When Squid Game originally debuted, I watched it on maybe day 2 of its release, before it was a “thing” and compared it to an adult version of Fall Guys, the recently popular video game where colorful characters play rounds of different games that eliminate them until only one is left standing. It’s a spin on a longstanding craze in gaming, the “battle royale” genre which was originally inspired by the classic Japanese film, Battle Royale, where schoolchildren are forced to fight to the death on an island. It’s something that was also inspiration for Squid Game itself, so we have come full circle. 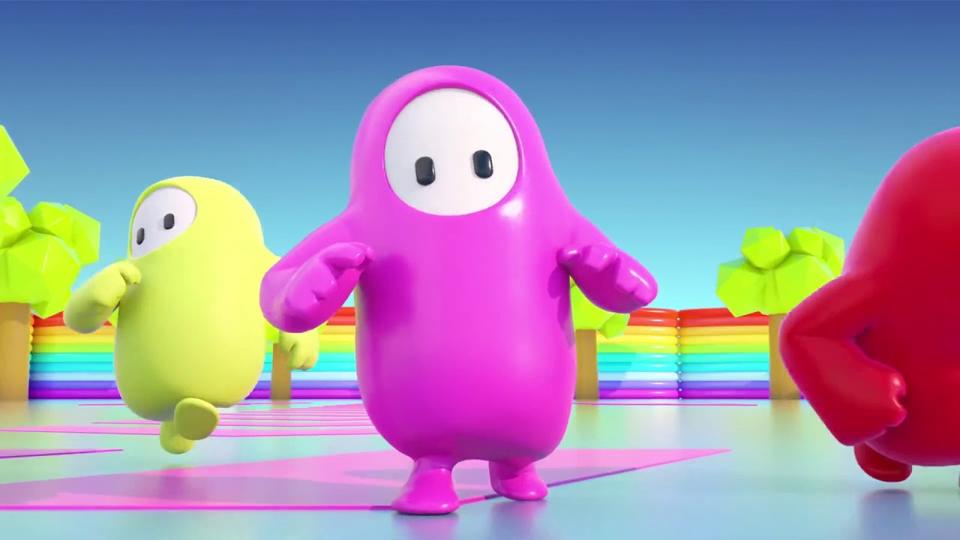 While it’s easy to imagine how Squid Game could work as an actual video game, we…don’t actually have to imagine. Games that allow custom-designed matches like Roblox and Fortnite have dozens of fan-created attempts at remaking Squid Game in those worlds. Netflix’s version of a Squid Game video game would be licensed, obviously, and yet Netflix’s gaming ambitions are so new, it’s hard to tell when this would actually be a released product, and what form it would take.

Netflix’s initial foray into gaming here has heavy implications that it would be more along the lines of mobile game scope and quality, rather than PC or console type games, so they could be played within the Netflix mobile app. This aligns with past games we’ve already seen from them like Stranger Things, a throwback classic.

So no, when Netflix does make a Squid Game video game, I would not expect to see HoYeon Jung doing performance capture for a AAA blockbuster release or anything. Think small scale, think mobile-friendly. This is kind of the perfect blend between Netflix’s new ambitions for gaming and one of its most successful IPs, and would be an ultimate test of the concept of the service making moves in that space.

But for now, this remains a goal, not an imminently released title, and maybe we’ll be talking more about this when Squid Game season 2 hits, as for now, it seems very, very far off if we’re still in the early planning stages for something like this. Hopefully they can do it justice, and make something half as good as what Roblox and Fortnite have already produced within weeks.

This article was written by Paul Tassi from Forbes and was legally licensed through the Industry Dive publisher network. Please direct all licensing questions to legal@industrydive.com.

10 Games Like ‘Resident Evil’ to Play After Finishing ‘Village’

You may well be looking for games like Resident Evil ...