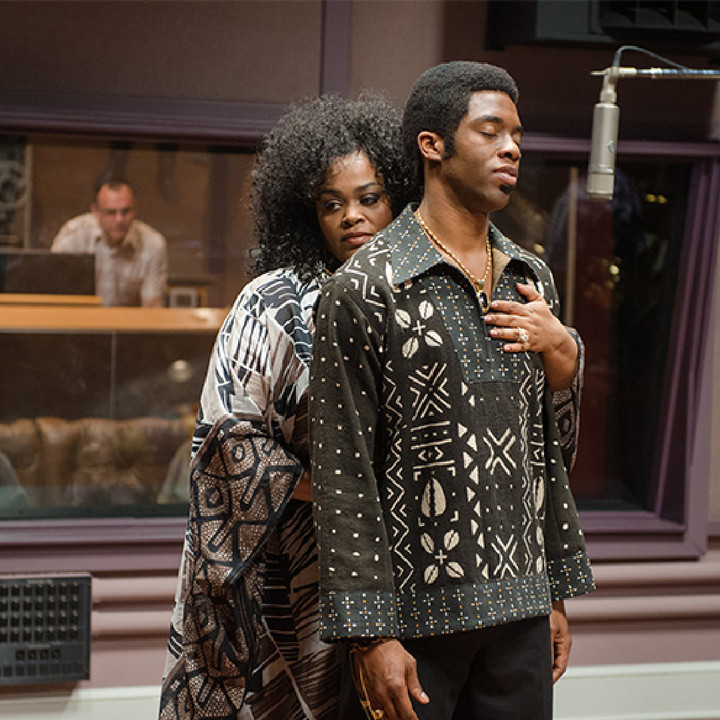 Living in the Limelight: 8 Movies About Real-Life Musicians

Ever wondered how your favorite musicians made it to the top? Or what they must have experienced to write the lyrics and melodies that they did? After all, what’s stirring in their souls to make them perform the way that they do? Check out our curated selection of biopics that highlight some of the greatest singer-songwriters of the 20th century, from funk to punk to rock’n’roll.

Rami Malek took home several best actor awards (including an Oscar and a Golden Globe) for his turn as English hit-maker and Queen frontman Freddie Mercury. Spanning the 15 years from when he joined the band to their legendary 1985 Live Aid performance, “Bohemian Rhapsody” follows the group’s formation and evolution into the innovative rock legends they’re still remembered as today. Fun fact: Sacha Baron Cohen was originally slated to play the role of Mercury, though we doubt he could have pulled it off quite like Malek.

Queen Latifah reigns as blues legend Bessie Smith in this 2015 release from HBO Films, which happens to be one of the most-watched HBO original movies of all time. Winner of four Emmys, including Outstanding Television Movie, “Bessie” tracks Smith’s transition from struggling songstress to the star who’d one day earn the nickname The Empress of Blues. Still, it’s a bumpy road to fame: The film starts with Smith’s difficult childhood and explores the highs and lows of her fame, fortune, and life beyond the stage.

Sharing the life and times of James Brown, “Get On Up” stars Chadwick Boseman in the titular role – a performance featuring original singing and dancing that garnered rave reviews from critics. The film takes a nonlinear approach to the moments that formed Brown’s life and defined his career, from childhood traumas and run-ins with the law to his unforgettable shows and revolutionary recordings in funk music. Boseman’s co-stars include Viola Davis as Brown’s mother, as well as Octavia Spencer and Dan Aykroyd.

Joaquin Phoenix and Reese Witherspoon star (and sing!) as Johnny Cash and June Carter in this instant classic from 2005, which earned the leading lady an Oscar, BAFTA, and Golden Globe Award. The pair are a pleasure to watch in this rollercoaster of a film that mirrors Cash’s own tumultuous life, career, and ongoing battle with drugs. Exploring the songwriter’s brightest and darkest moments, “Walk the Line” gets everything right, from the script and acting to casting, costumes, and, of course, the music.

Another Oscar went to Jamie Foxx for his portrayal of soul innovator Ray Charles in 2004’s smash hit “Ray” In fact, Foxx became the second performer in history to win all five major awards: Academy, Golden Globe, BAFTA, Screen Actors Guild, and Critic’s Choice. The biopic shows young Charles tragically lose his sense of sight at the age of seven before growing up to become one of the greatest 20th-century pioneers in music. Kerry Washington co-stars as the singer’s wife, as does Regina King, Terrence Howard, and a host of other familiar talents.

“Sweet Dreams” tells the story of Patsy Cline, one of country music’s first true female stars. Jessica Lange stars as Cline, who’s life and career we watch unfold when she meets her second husband (Ed Harris), a man who lets her pursue her dreams of singing. Just as much about her marriage as her rise to fame, with a 90% rating on Rotten Tomatoes, this true story is still well worth a watch today.

While not a biopic, this musical comedy cult classic makes the list for sheer fun. A love letter to punk music, “Rock’n’Roll High School” follows Ramones-obsessed student Riff Randel (P.J. Soles) as she tries to make it to their upcoming concert. Hijinks ensue with the band themselves show up to help the kids take over the school – while rocking out and wreaking havoc.

With a 98% Certified Fresh rating from Rotten Tomatoes, we close out with 1964’s Beatles mockumentary “A Hard Day’s Night.” Still loved over 50 years since its release, the film follows 36 hours in the lives of the four Liverpool lads at the height of Beatlemania and their frenzied fandom. According to a recent review from The Independent, a watch “offers both a perfect showcase for the Beatles [music] and an intriguing snapshot of fast-changing, early-1960s British society” – as well as a joyful romp with John, George, Paul, and Ringo.