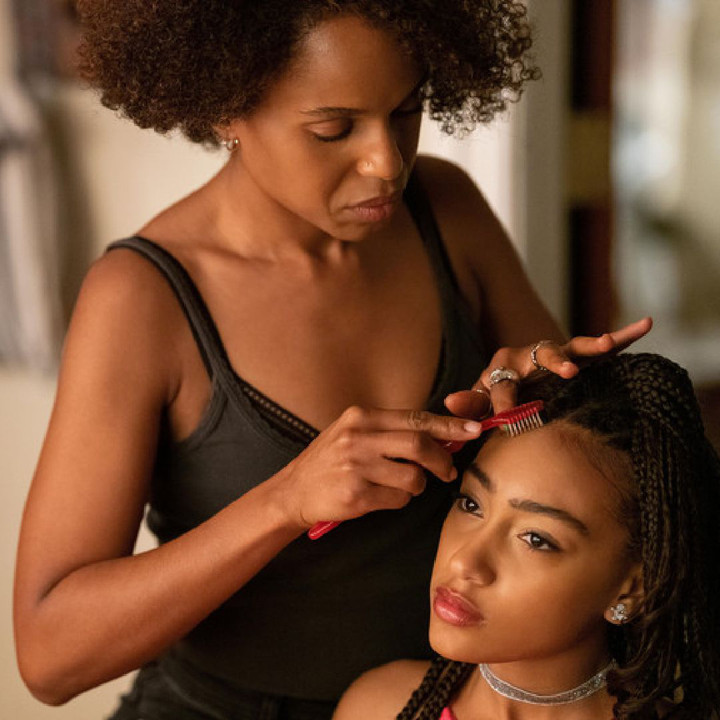 ‘Little Fires Everywhere’ And The Complexities of Surrogate Motherhood

Hulu’s engrossing new drama, “Little Fires Everywhere” (based on the novel by Celeste Ng), gives us plenty to chew on when it comes to the policing of motherhood. But no scene captures that more viscerally than when a tearful Mia (Kerry Washington) bangs on her window, screaming “You’re mine!” to her daughter, Pearl (Lexi Underwood), as the teenager is lured into the arms of another mother. It’s only a moment from Mia’s nightmare, but it’s wrapped up in the very real fear that her daughter, the result of a turkey-baster surrogacy gone awry, doesn’t belong to her and could be taken from her any time.

Anxiety over losing a child to someone — or something — else as they grow older and develop their own identities is universal among mothers. Mia grew so attached to the baby she was carrying for another couple, the Ryans (Nicole Beharie and Jesse Williams), that she ran away with the unborn child to raise her as her own — adding a layer of insecurity to her relationship with Pearl. It’s precisely why this traditional surrogacy, in which the carrier’s own egg is used, has been mostly banned since the 1980s, when Mia was pregnant. 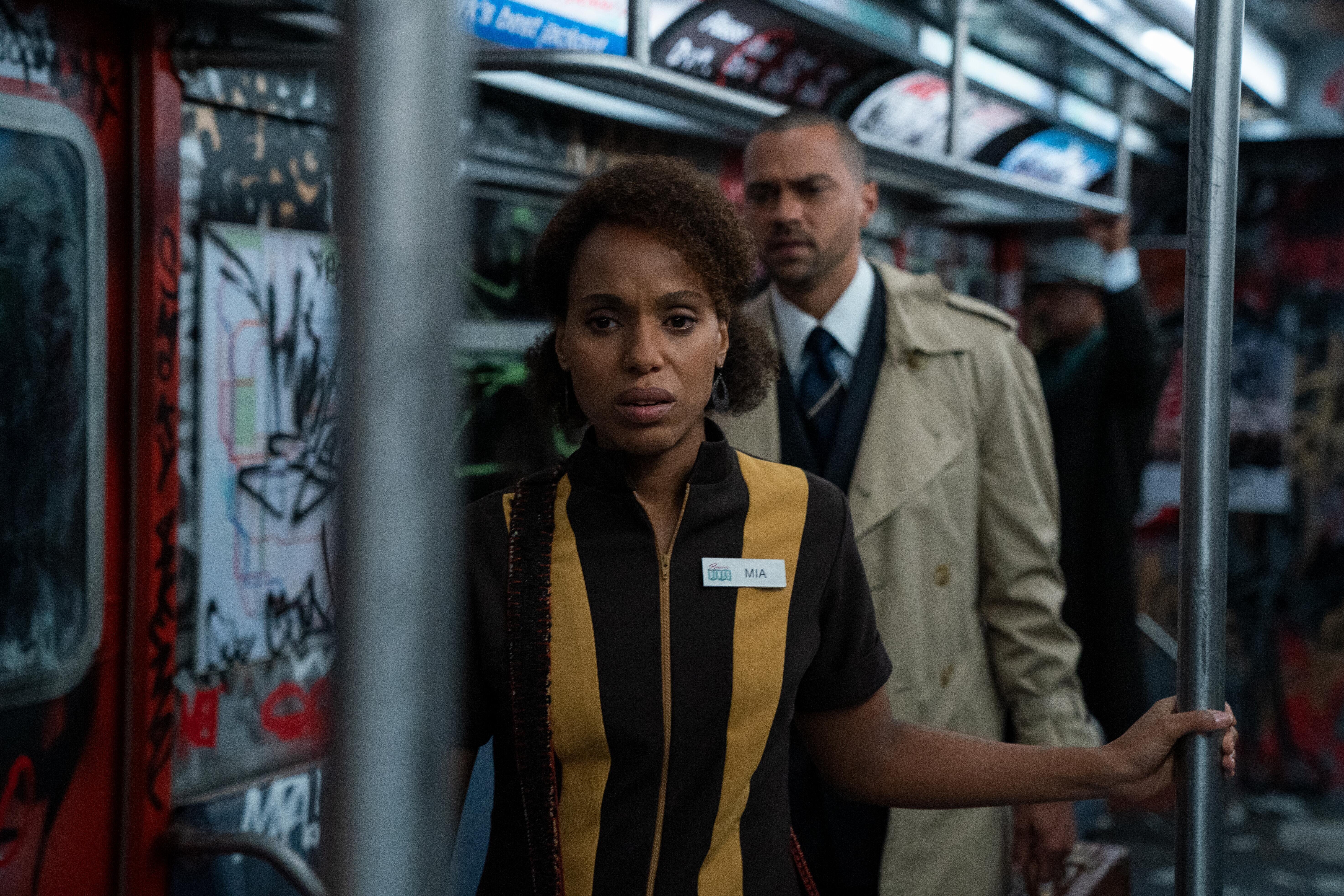 Jesse Williams plays Joe Ryan, who approaches Mia Warren (Kerry Washington) to be a surrogate for his wife.

Dr. Jane Frederick, a fertility reproductive endocrinologist in California, explained to HuffPost that traditional surrogates like Mia are more emotionally compromised than gestational surrogates who are impregnated with egg and sperm from the intended parents — or separate donors — through in vitro fertilization.

“It’s tougher to separate yourself when it’s your own egg because you see the children and know that those are your genetics,” Frederick said. “It takes a really strong woman to be able to go nine months and give up her child, and that’s hard to acknowledge completely before you get pregnant.”

For Mia — who was, at the time, a desperate college student running short on money — Mr. Ryan’s handsome offer to pay her to have a baby for him and his wife seemed like the only option to attain her educational goals. But little did she know that she would become so invested in the child, to the point where her obligation to the Ryans blended with her own function as the genetic mother. That’s compounded by the fact that Mia had never been pregnant before, so she was experiencing this range of emotions for the first time in her life. It makes the very thought of releasing her child to another family — no matter her legal commitment to them — utterly unbearable. 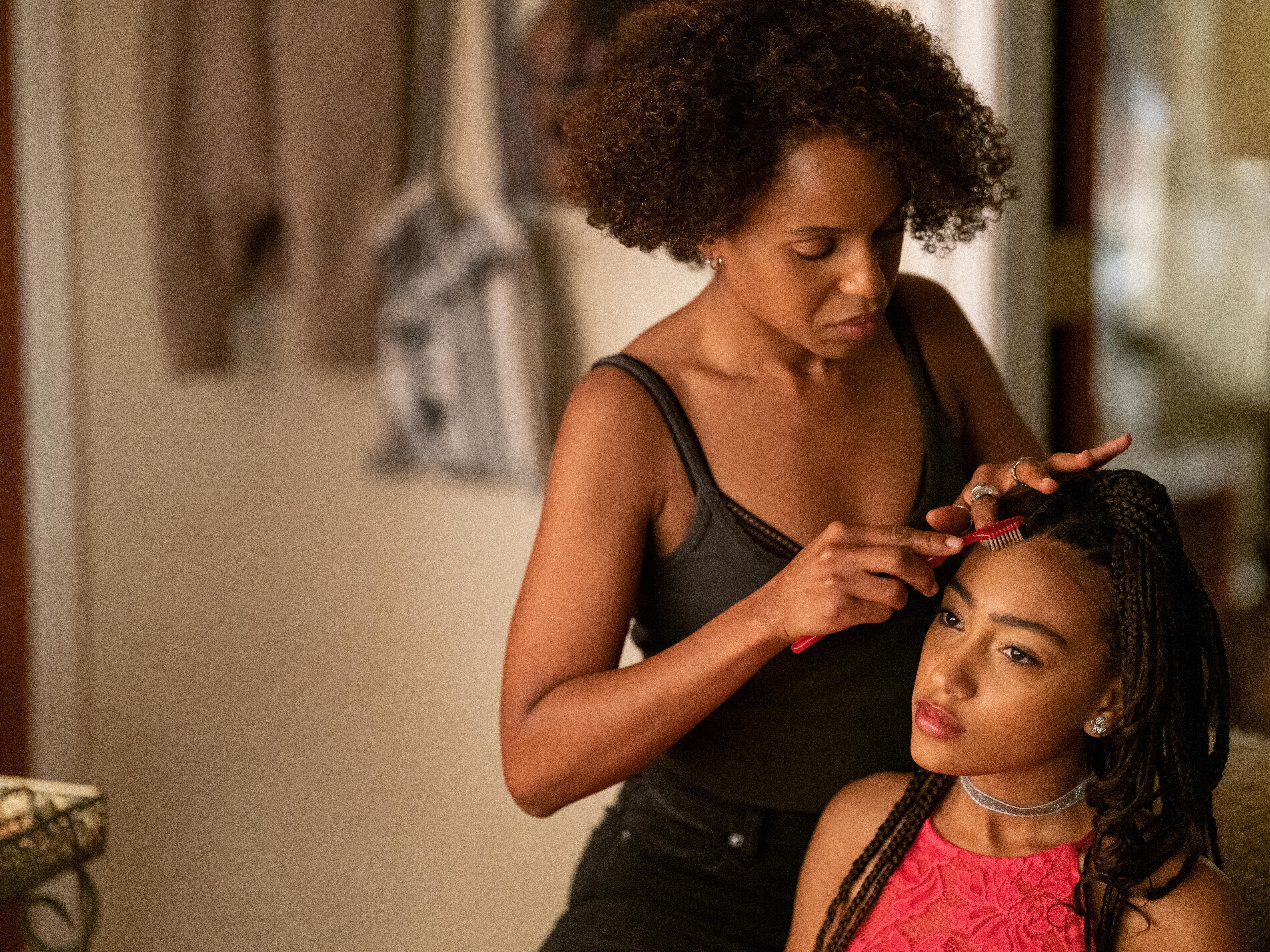 That’s not something Elena (Reese Witherspoon), a woman who birthed four biological children with her husband (Joshua Jackson), cares to understand. She finds out that Mia, in the eyes of the law, stole the Ryans’ child — as well as their money — and is hell bent on holding her accountable. She refuses to consider that Pearl, now 15, is Mia’s genetic daughter, and how that complicated her surrogacy.

These blurred lines when it comes to the lawful and genetic rights of the traditional surrogate is also why gestational surrogacy has become the far more accepted method. According to Emily Westerfield, director of surrogacy engagement and matching at Gift of Life Surrogacy in Ohio who is herself the surrogate of four children, gestational surrogates today go through a much lengthier process before they are even considered. That includes a nearly 60-page application as well as a psychological exam that analyzes their emotional ability to give the baby to the intended parents when he or she is born.

Unlike back in Mia’s era, they must also already have children of their own and no plans to have any more. Multiple surrogacies can take a toll on a woman’s body, which could mean a greater possibility that they might not be able to reproduce afterwards.

As “Little Fires Everywhere” illustrates, Mia is not afforded this extensive system of checks at the time of her surrogacy. She received no psychological consultation, had no legal representation (something else that is mandated today), and was experiencing motherhood for the first time. When she went on the lam with Pearl, she also avoided the legal nightmare of “putting up her child for adoption, essentially,” for the Ryans to gain custody, as Westerfield put it.

“It’s such a heavy subject,” she said. “You’re talking about human life. How can one person be able to make that decision?”

She added: “I will never do traditional surrogacy because that’s half my kid and my children’s brother or sister. That’s a whole other emotional, psychological and mental piece that I don’t think I would ever be prepared for.”

Still, being a gestational carrier doesn’t preclude you from the emotional journey of bearing life — even though it is for someone else. Stephanie Jarrett, a mommy blogger in Arlington, Texas, has happily carried for two couples. But she recalls the adjustments she made — like not picking out baby clothes, not thinking about baby names, and nurses refraining from asking her questions about the baby — in order to make it as comfortable for her as possible.

“I would watch the pregnancy from a very third-party point of view,” Jarrett said. “Yes, it was me gaining the weight and having heartburn. But I knew from day one that my journey would end at month nine.”

Similarly, Joanna Wen, a Virginia-based blogger who runs Moms at Odds, became a first-time surrogate in March, and shared that the intended mother came to nearly all her prenatal appointments, which helped keep her at an emotional distance from the baby. “The doctor asked me pregnancy questions and asked her baby decision questions,” Wen said. “So, that constantly reinforced that it was not my child.”

Someone like Mia, though, who was young, alone and in a precarious position — without even the support of her parents — developed a bond with the baby, which turned into an urgent love. Like many mothers, she was determined to protect it, which prompted her to move every few months in order to avoid the judgment of people like Elena, who cannot see her as anything other than an unsuitable mother. 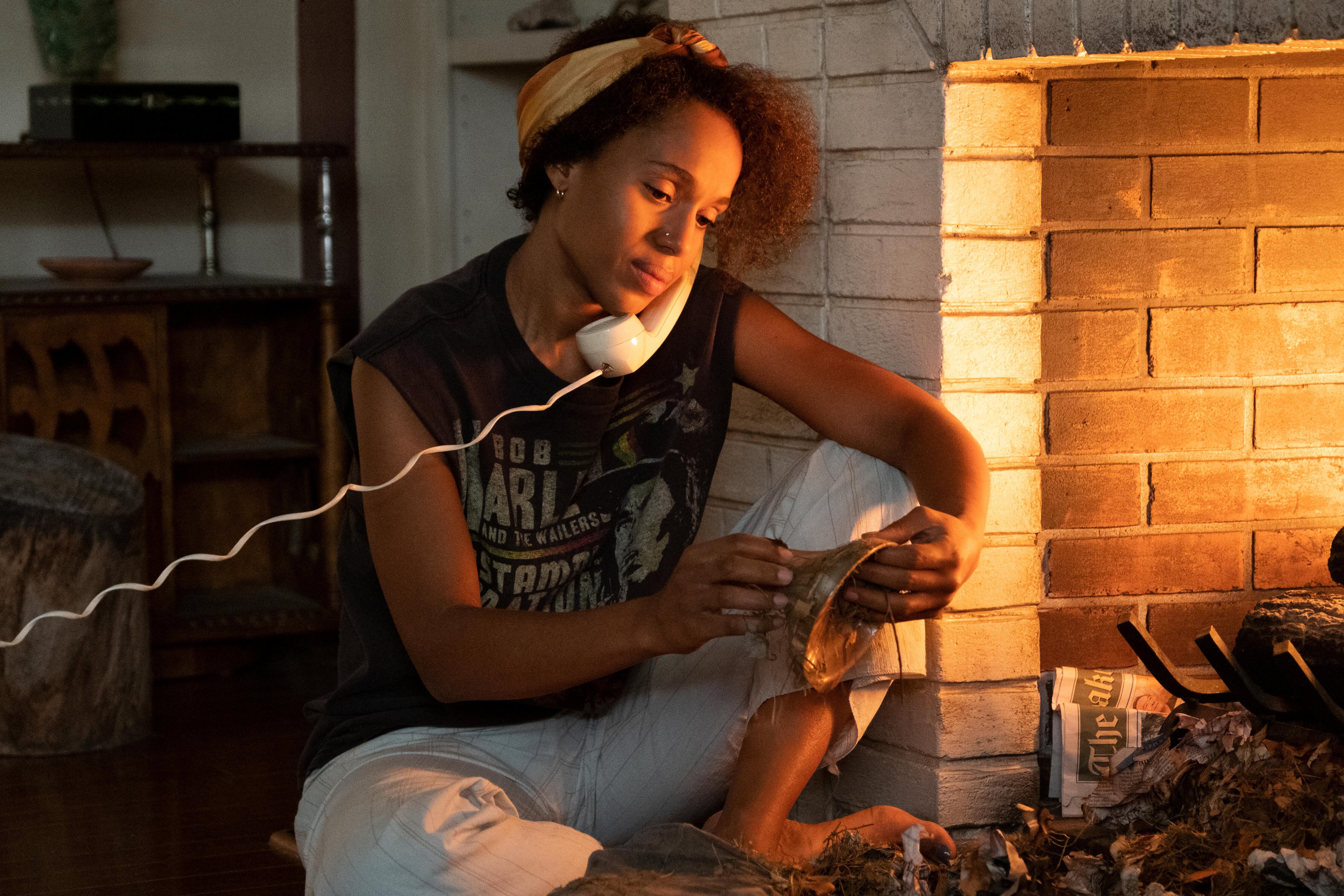 Washington as Mia Warren, an artist and mother.

Though intensified for dramatic effect, “Little Fires Everywhere” points to the very real interrogation that mothers like Mia — who don’t easily fit into social norms — must contend with in a world that’s constantly scrutinizing them. Today, surrogates like Westerfield, Jarrett and Wen can more painlessly provide an invaluable service to prospective parents without risking the inevitable connection that people like Elena assume traditional surrogates can simply relinquish.

But the very issue of who gets to be a mother, whether it’s Mia or Mrs. Ryan, often still comes down to the law, genetics, or — in Elena’s case — the court of public opinion.

“That’s the hardest part,” Jarrett said. “Because there are all these people that desperately want babies. How do you decide who is most deserving?”

That’s the question “Little Fires Everywhere” is asking us to confront.

This article was written by Candice Frederick from Huffington Post and was legally licensed through the NewsCred publisher network. Please direct all licensing questions to legal@newscred.com.