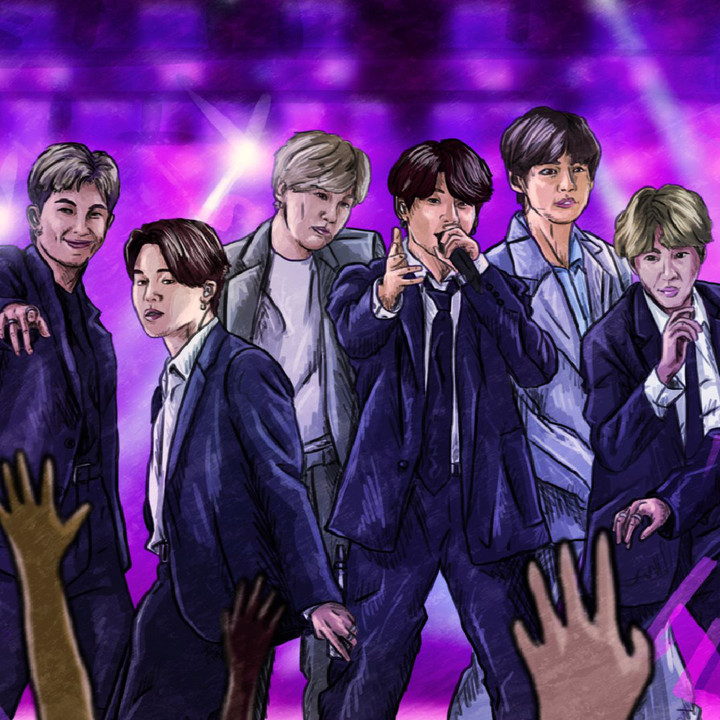 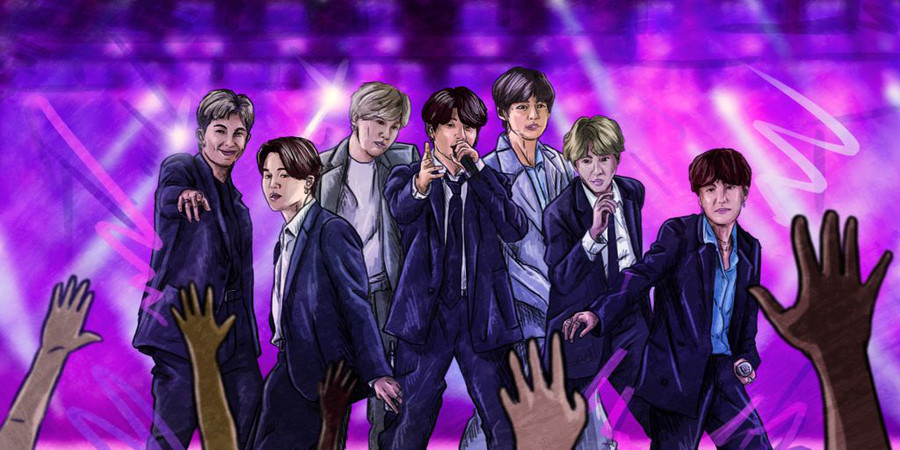 Billie Eilish and Lizzo have swept the 2020 Grammy Awards, but there’s an even bigger phenomenon taking over the Western musical landscape: Korean pop music aka K-pop. From its origins in South Korea, to its spread throughout the most remote corners of the world, this groundbreaking music has been in full swing since the early ’90s.

From groups like Red Velvet and NCT 127 to the powerhouse that is BTS, K-pop has become so big, you don’t need stats to measure it: you need only look inside a Hot Topic store, watch mainstream media coverage, or BTS’s own New Year’s Eve performances.

But how did we get here? Because it certainly didn’t happen overnight.

The birth of K-pop as a genre can be traced back to the ’90s, thanks to a group called Seo Taiji and Boys. Back then, Korean music was heavily based on creations by both American and Japanese pop stars, thanks to the South Korean travel restrictions in the ’80s. After they were lifted in 1988, influence soon began to spread throughout the country like wildfire. Suddenly, the floodgates opened, and there was much more room for additional types of music to flourish.

That’s when the band Seo Taiji and Boys debuted in 1992 on a televised talent show. The judges reportedly weren’t too into them, but viewers couldn’t get enough of their single “I Know,” which was so much different than what listeners had been digesting for so long that it felt funky, new, and fresh. It rose to number one on the South Korean singles chart. There it would stay for 17 weeks straight, subverting expectations given that the original judges from their talent show appearance didn’t really pick up what they were putting down.

The boy band was able to parlay their popularity into a veritable change for Korean music in general, as they opted to fuse “edgier” sounds with their hip hop beats. It was something Korean music hadn’t quite experimented all the way with yet, but with the success came others who wanted to sound like them.

Enter the next wave of K-pop music, in the form of sonically spotless, aesthetically pleasing, massively talented “idol groups.” These entertainers began springing up throughout the South Korean musical landscape similar to Western bands like the Backstreet Boys or the Spice Girls. The only difference was that most of these bands were comprised of men and women specifically trained to join groups, hailing from management groups like YG Entertainment and SM Entertainment.

These purposefully-orchestrated groups quickly rose to prominence throughout the ’90s and early 2000 and produced some of the main music dominating the Korean airwaves. If girl groups like Girls Generation weren’t offering up gorgeous singing and dancing, you had dangerously cool and handsome boy bands like H.O.T. and Shinhwa.

Girls Generation was a major player in cementing K-pop’s eventual western takeover. When they debuted their effervescent single “Gee” in 2009, it quickly rose to popularity and became viral, resonating with Western music fans thanks to its energetic, singsong nature.

Once Girls Generation introduced Western audiences to the sound of K-pop, other girl groups and boy bands like 2NE1 and BIGBANG began experiencing success as well, with songs like “I Am The Best” catching the attention of bloggers, playing on music stations, and becoming popular via streaming services.

The arrival of the ridiculously popular “Gangnam Style” from rapper Psy all but cemented the western allure of K-pop as well. Suddenly, “Gangnam Style” was all the rage, thanks to its hilarious dance moves and catchy chorus. But PSY’s popularity nor the bands who came before him could prepare Western audiences for the veritable tidal wave that would hit next, and that’s still crashing against American shores as we speak: BTS. The seven-member group has been making music for years, but only rose to prominence around 2018, when they launched their Love Yourself: Tear album. It debuted at number one on the Billboard 200 charts in May 2018, and all bets were off from there.

BTS didn’t do anything differently than the K-pop bands and singers who came before them; they just perfected the formula. Seven attractive, talented, and relatable members made catchy pop music with lore and meaning attached to it. That’s really all it took for the world to welcome them with open arms, and for their massive fanbase, the BTS ARMY, to grow beyond South Korea. It’s a worldwide battalion now, with the band selling out shows and its fans following every single move the group makes.

Of course, with the rise and continued rise of BTS came additional K-pop juggernauts on American soil: Red Velvet, Loona, Blackpink, and EXO are all vying for fans’ attention. The wave came slowly, but it’s being felt throughout the entire Western music industry. And for a genre that had fairly humble beginnings, it’s easy to see that BTS and their South Korean brethren are working on a legacy that could take them past the Beatles, the Rolling Stones, and beyond one day.

Because as any young listener will tell you right now, it’s very much a K-pop world out there. We’re just living in it.